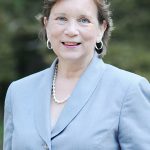 “In 2010 former director of the library, Lydia Knight, had the dream of a book festival featuring local authors, and we have continued that each April,” said Melissa Whitesell, library director. “We’ve hosted authors of many different genres through the years. This year four authors will read passages from their most recent publications and will sign copies of their works. By providing students exposure to published authors, we hope to encourage the student’s talents whether they choose to write professionally or as a means of creative expression.”

The book festival will run from Monday, April 9 to Wednesday, April 11 in the library’s media lab. Authors are scheduled to speak daily. Participating this year are Jodi Lowery, Kenyon Henry, and Barbara Tucker.

All programs are free and open to the public.