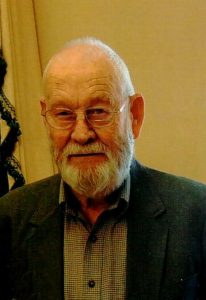 Jere Dennis Hicks, age 86, of the Armuchee Community passed away Friday, April 6, 2018. He was born on February 9, 1932 in Armuchee to the late Grady L. Hicks and Burnie Rowan Hicks. Jere served three years in the U.S. Army as a medic and was an 18 year old Korean War veteran where he earned a Purple Heart, the Korean Service Medal, Occupation Medal (Japan), Combat Infantry Badge, Combat Medical Badge, and U.N. Service Medal. Following his service with the U.S. Army, Jere enlisted for nine years with the U.S. Marine Corps where he earned the Good Conduct Medal and served with the Construction Battalion. On December 30, 1955, he married the love of his life, Dora E. Middleton Hicks at the Second Baptist Church in LaFayette, Georgia. He attended Pleasant Grove Baptist Church in Summerville and was a member of the Military Order of Purple Heart, Rome Chapter 525. Jere loved watching the Atlanta Braves and old westerns while sitting in his Amish rocking chair.

Along with his parents, he was preceded in death by his brothers, John L., Leonard, Winford, Rowan, and Sherman Hicks.

Family will receive friends Sunday from 5 p.m. – 8 p.m. at the funeral home.