This first one happened Saturday morning on Hwy. 48 in Cloudland. Here is a report from Northwest Georgia Scanner’s Facebook post:

“Alabama Driver escapes serious injuries after flipping vehicle Saturday morning off Highway 48. Chattooga County Sheriff’s Office, Georgia State Patrol, Cloudland Volunteer Fire Department Engine 7, Menlo Fire Department squad 7, Engine 7, and Redmond EMS all responded to a single-vehicle crash on Highway 48 in Cloudland shortly before 11:20AM Saturday morning. the 2001 Pontiac Grand Prix left the roadway and flipped just east of Riverheaven Lane. Troopers said skid marks on the road showed the Pontiac swerved out of the east-bound lane and off the roadway where it overturned. The Georgia State Patrol post 38 in Rome is investigating the crash. Only vehicle was involved and the driver was the only sole occupant in the vehicle. The victim was transported to a local hospital in Rome with what officials said was non-life-threatening injuries.”

The second crash started on Hwy. 27 when a Georgia State Patrolman attempted to stop a speeding motorcyclist. The chase ended on Gore-Subligna Road when the motorcyclist crashed into an open field. The driver was transported to an area hospital by Air Life helicopter.

The third crash happened shortly before 4:50 p.m. Sunday on Hair Lake Road in Summerville. The crash happened near Mahan Road. Two people were injured and one was taken to an area hospital. 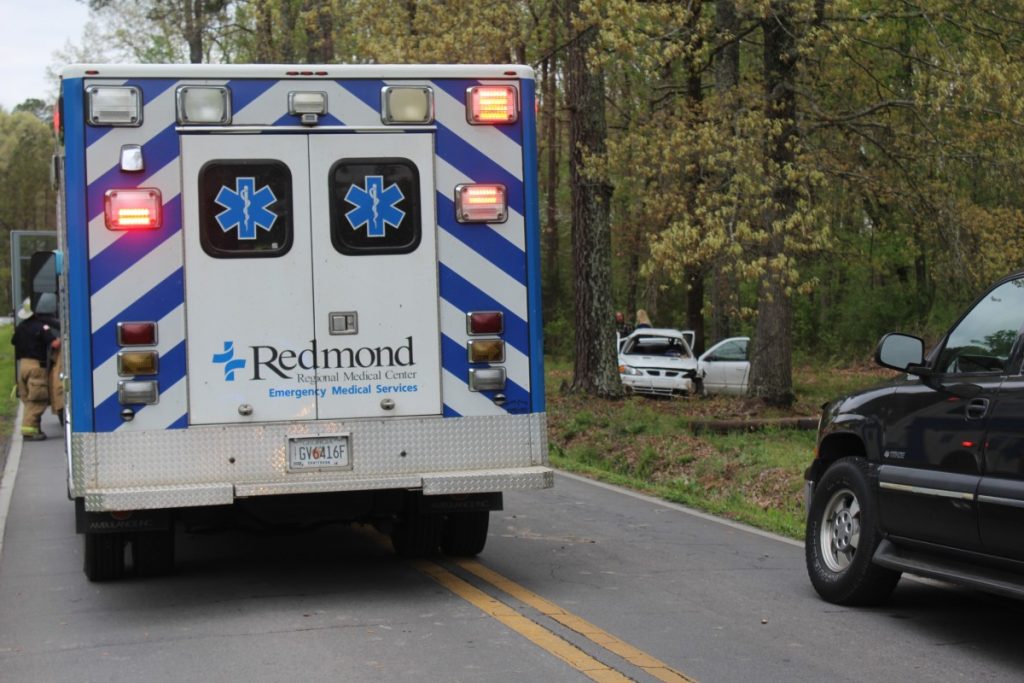