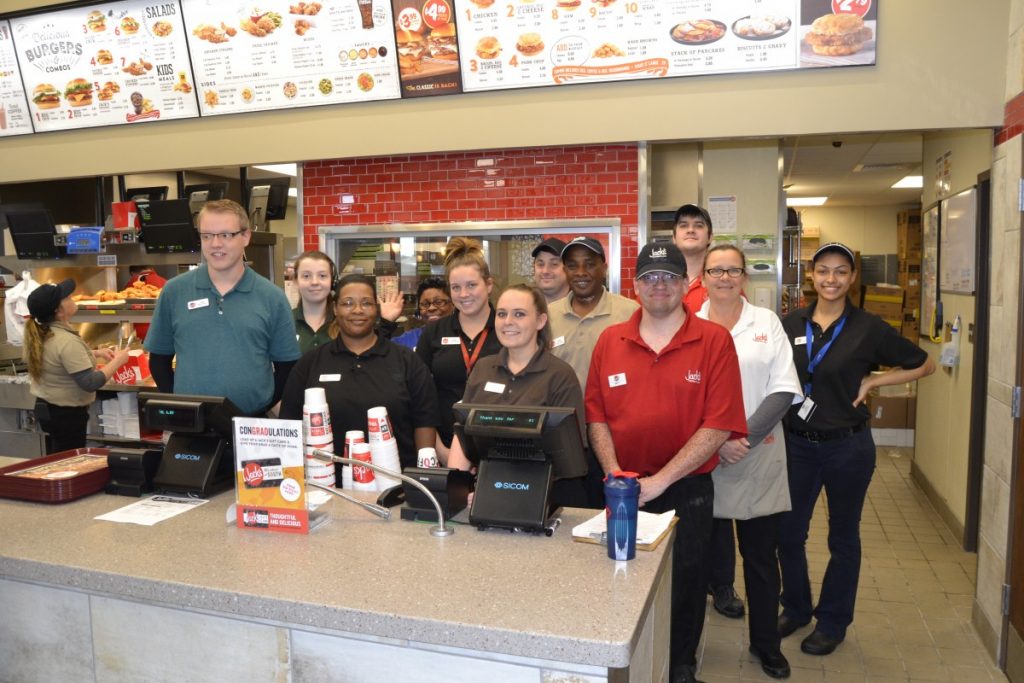 It is a record-breaking week for the Summerville Jack’s Restaurant, according to store manager Ashley Sears.
The local Jack’s made more money in the first seven days than any other store in the company’s 58 years in business. Summerville topped other locations like those in Birmingham, Rome, Carrollton and Huntsville.
Summerville is the 15oth store in the company’s franchise.
“It’s been going non-stop,” Sears said.
Some of the biggest sellers in Summerville are the pork chop biscuits and Big Jack Burgers, she said.
“It’s just been a good team of employees and a good city,” Jack’s area manager Kane Hollis said.
A crowd formed outside Jack’s on its opening day at 5 a.m. on April 9. Since then, the parking lot has continually filled with vehicles.
The local store has 54 employees, including managers.
The store is located at 45 Farrar Drive, Summerville.

In today’s edition of The Summerville News this story said “15th store,” in the company’s franchise. That is a typo. It should be 150th store. We apologize for the typo.