The Indians soccer season came to an end this week with the girls Losing to Pepperell and beating Cherokee Alabama. The boys team lost both games to Pepperell and Cherokee. On Thursday, both teams faced off against Pepperell with the girls falling 5-1 and the boys losing 10-0. On Friday, the girls played a great game and finished the season with a win 3-1 but the boys came up short 6-1. Jacie Martin scored two goals for the Tribe in the game and finished the year leading the varsity team with fifteen and JV team with five. Jasmine Johnson scored the other. In the net for the Lady Indians Freshman Trinity Bell played well giving up only one goal on a penalty kick. For the boys Isaias Gonzales scored the only goal and Landon Self was two for three in penalty kick defense. This week concluded the season for both squads as neither team qualified for the post season tournament. 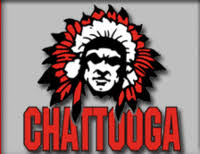