The 12-12 Indians finished off the regular season in style this week when they travelled to Model to take on the 2-23 Blue Devils for the finale. The Indians started fast and never let up as they cruised to victory 12-1 in five innings. The Indians travel to Elbert County tomorrow for round one of the playoffs. 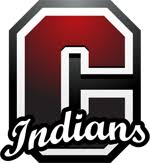 The Indians offense wasted no time as they hung four first inning runs to get things started. They added three more in the second, another in the third, three in the fourth, and finally one in the fifth to run away with the game. Indians pitching dominated on the night with the only blemish coming in the second when one Blue Devil made it home.

Brennon Whitlock got the start on the mound for the Indians and pitched a masterpiece. He pitched a complete game going five innings giving up one run on one hit striking out seven and walking none in the win.

“I’m really proud of the guys and how they came out ready to take care of business on our end,” Coach Josh Mitchell told the News this week. “We really played a complete game. Brennon did outstanding on the mound and we swung the bats well one through nine. We knew going into the game that all we could do is control the outcome in our game and then we could hope we got a little bit of help from Coosa to make it into the playoffs and they helped us out thankfully.”