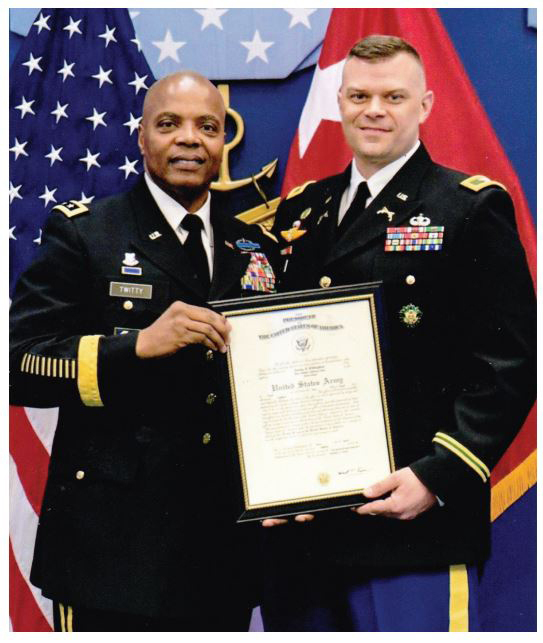 Trion native Jeremy R. Willingham was promoted to Colonel in a ceremony held at the Hall of Heroes in the Pentagon in Washington on April 5.
LTG Stephen Twitty gave the remarks before Col. Willingham officially was pinned with his new rank and the publishing of the promotion orders.
A large contingent of his family were on hand for the ceremony.
Col. Willingham is married to Olga Perez Willingham and they have two children, Isabelle and Jeremy. He is the son of Melissa Colbert, Summerville, the late Eddie Colbert and David and Rosa Willingham, Calhoun. Grandparents are Frances Seymour, Trion, the late Floyd Seymour and the late Harry and Marie Willingham, Summerville.
Col. Jeremy R. Willingham is a native of Trion. He graduated from Trion High School in 1992. He enlisted in the United States Army in May of 1993 while attending North Georgia College in Dahlonega. He graduated in 1996 with a Bachelor of Science degree in Criminal Justice from North Georgia College and received a Regular Army Commission as a Second Lieutenant in the Military Police Corps. Col. Willingham also holds a Master of Science degree in Criminal Justice from Drury University, Springfield, Mo. 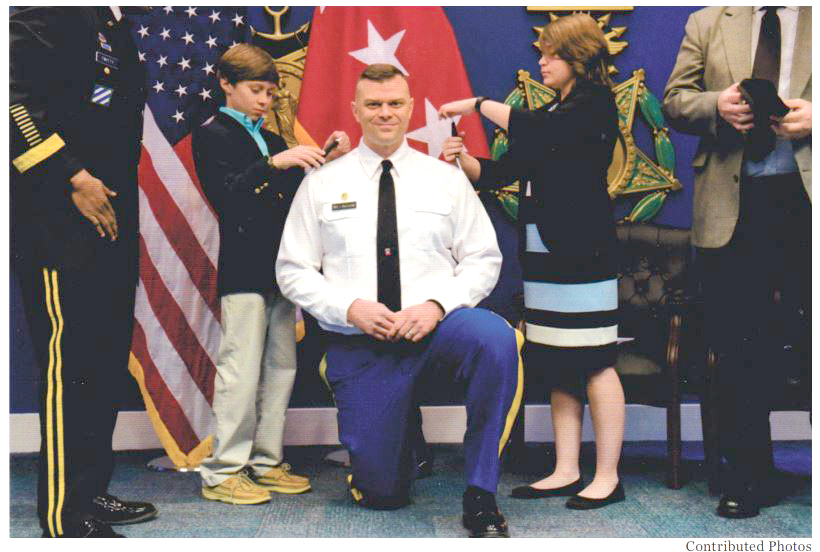