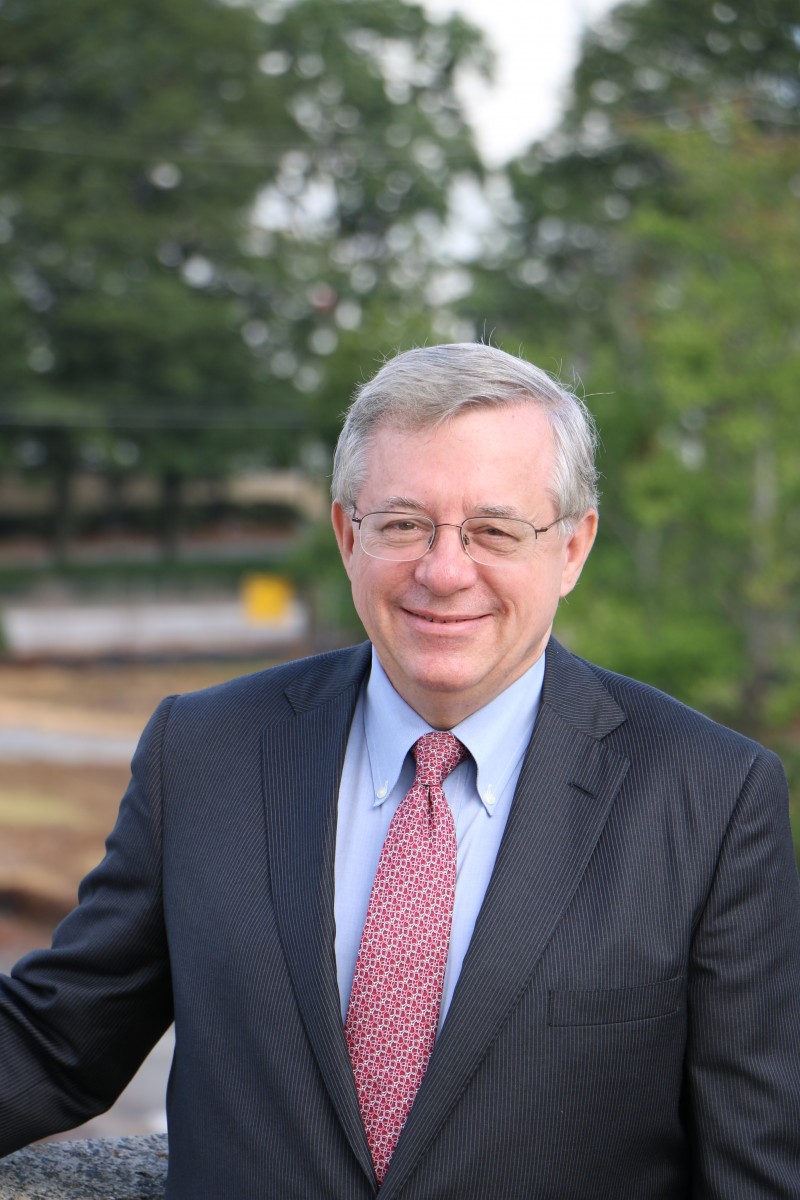 Ken Shigley, a statewide candidate for Judge of the Georgia Court of Appeals, has local roots in Chattooga County. He attended Menlo School from first through sixth grades, 1957-63.

Shigley is one of two candidates for an open seat on the Georgia Court of Appeals in the Nonpartisan Judicial Primary at the bottom of both parties’ primary ballots. His opponent is Ken Hodges of Albany who was the Democratic Party nominee for Attorney General in 2010.

Shigley’s father, Bob Shigley, was principal at Menlo when it still included a high school. His mother, Van Shigley, taught fifth grade and was the school librarian. He tied for second place in the Menlo School talent show as a second grader in 1958, reciting the Gettysburg Address in an Abe Lincoln costume. First place went to a group of eighth graders who had a skit about Elvis in the Army.

After all these years, Shigley still maintains contact with old friends in Menlo. The daughter of an elementary school classmate has been putting out his signs around the county.

After leaving Menlo, the Shigley family moved to Chattanooga, Tuscaloosa (where his father finished his doctorate), and then to Douglasville. Ken Shigley graduated from Douglas County High School, where he was student body president, then from Furman University and Emory University Law School.

Shigley began his career as an Assistant District Attorney in the Tallapoosa Judicial Circuit, prosecuting murder, rape, armed robbery, burglary, child molestation, and other crimes. One killer he helped prosecute in 1977 is still in prison. After leaving the DA’s office he worked in a small town general practice in Douglasville, handling anything that came in the front door. Then, for a decade he worked in an Atlanta law firm defending lawsuits all over Georgia for insurance companies, corporations and state and local government. For the past 27 years, he has had his own law firm in Atlanta.

In 2011-12, Shigley was president of the State Bar of Georgia, which includes all lawyers and judges in the state.  Governor Deal appointed him to the Criminal Justice Reform Council on which he served in 2011-12. He is the author of a Georgia law book quoted as an authority by the Georgia Supreme Court.

Shigley was married 34 years until his wife died of a brain tumor last June.

When Shigley had his first campaign fundraiser in Atlanta last year, Bobby Lee Cook and Sutton Connally traveled from Summerville for the event. Bobby Lee Cook introduced Shigley, saying “I’ve known this young man since he was just a little boy.”