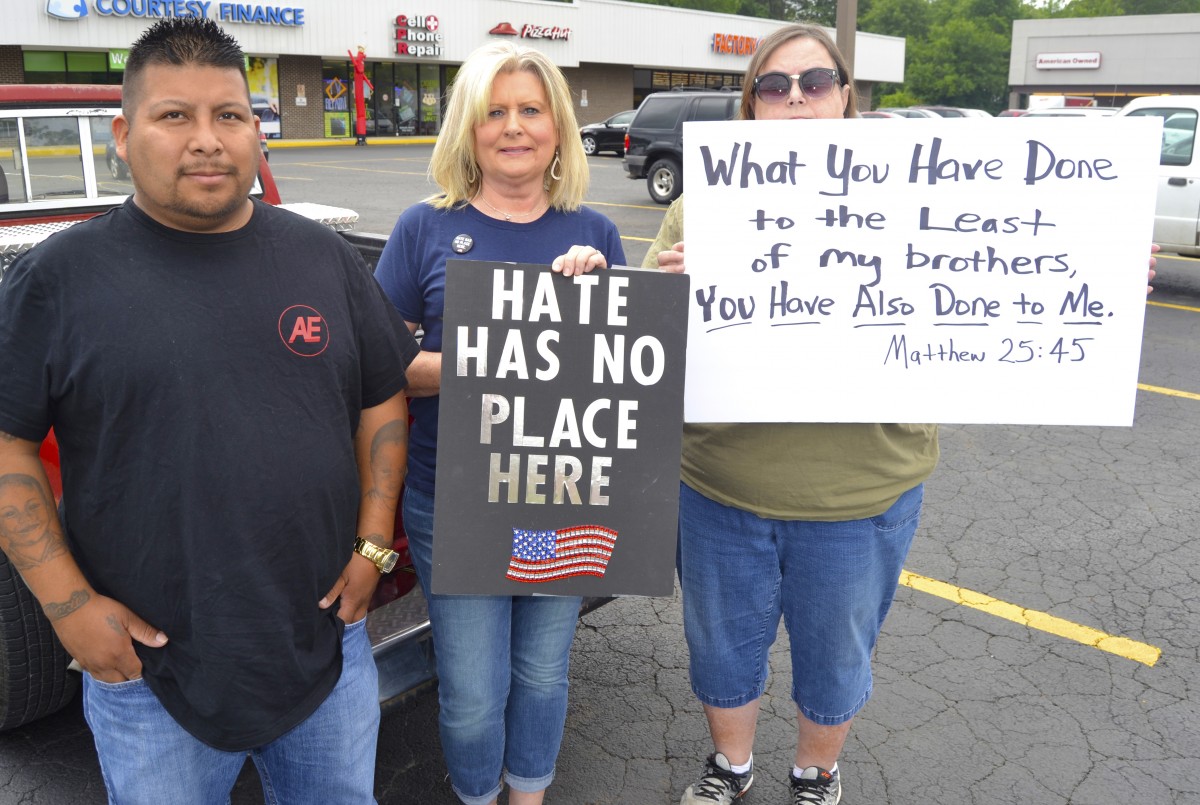 The “Deportation Bus” broke down on its way to Summerville this morning and forced Republican candidate for governor, Michael Williams, to press ahead without it.

Williams is using an old school bus that has been painted and converted into something that resembles a prison bus. It was scheduled to arrive in Summerville at 10:45 a.m. Thursday.

“Someone poured water into the gas tank overnight,” Williams said outside his campaign RV in the Ingles Shopping Center.

A picture circulating online showed Williams bus sitting on the side of the Interstate 75 near Calhoun with its hood up.

“We are not going to back down. I apologize that we did not get it here. But it’s up and running now and it will be at our next campaign stop,” Williams said.

The Chattooga County Democratic Party attempted to stage a protest against Williams’ arrival.

“Democrats — jut received word that Republican candidate Michael Williams plans to bring his hateful rhetoric via the ‘Deportation Bus Tour’ to Summerville tomorrow. . . Bring a sign and let him know we will not stand for this type of hate in our state,” a post stated on the local Democrats’ Facebook page.

That protest fizzled out. Only two people showed up with signs –one was from Adairsville.

“There are plenty of jobs and nobody wants to work,” 34-year-old Abraham Lopez, of Trion, said.

He watched a row over in the parking lot as Williams spoke to only a handful of supporters. Lopez, who has lived here for 18 years, doesn’t understand Williams’ message. 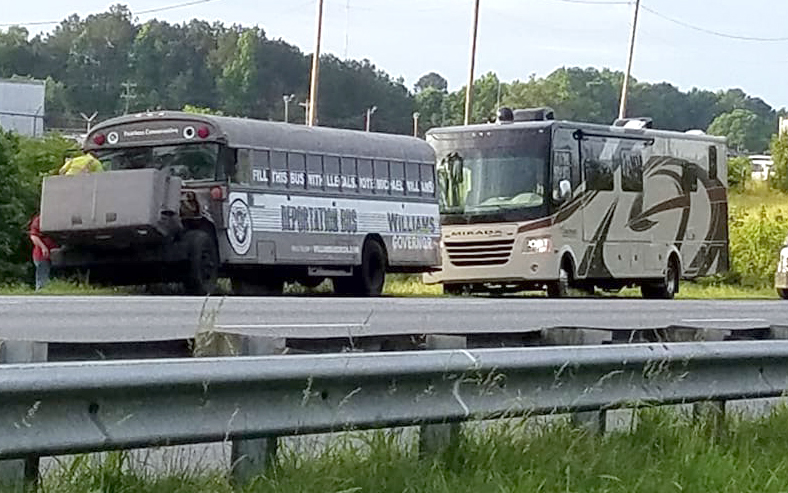 “It does not matter who you are or where you are from,” Lopez said. “We are here to do our jobs and we get along with everybody.”

Williams said there are some things immigrants and he agree upon. Williams believes the federal government should make it easier for immigrants to come into the country.

“It is more difficult than it should be,” Williams said. “We need to make that process on a federal level easier.”

Immigration reform is a national policy and not a state level one. Williams said he’s getting involved with this issue because he believes the next governor of Georgia should support President Donald Trump’s immigration reforms. 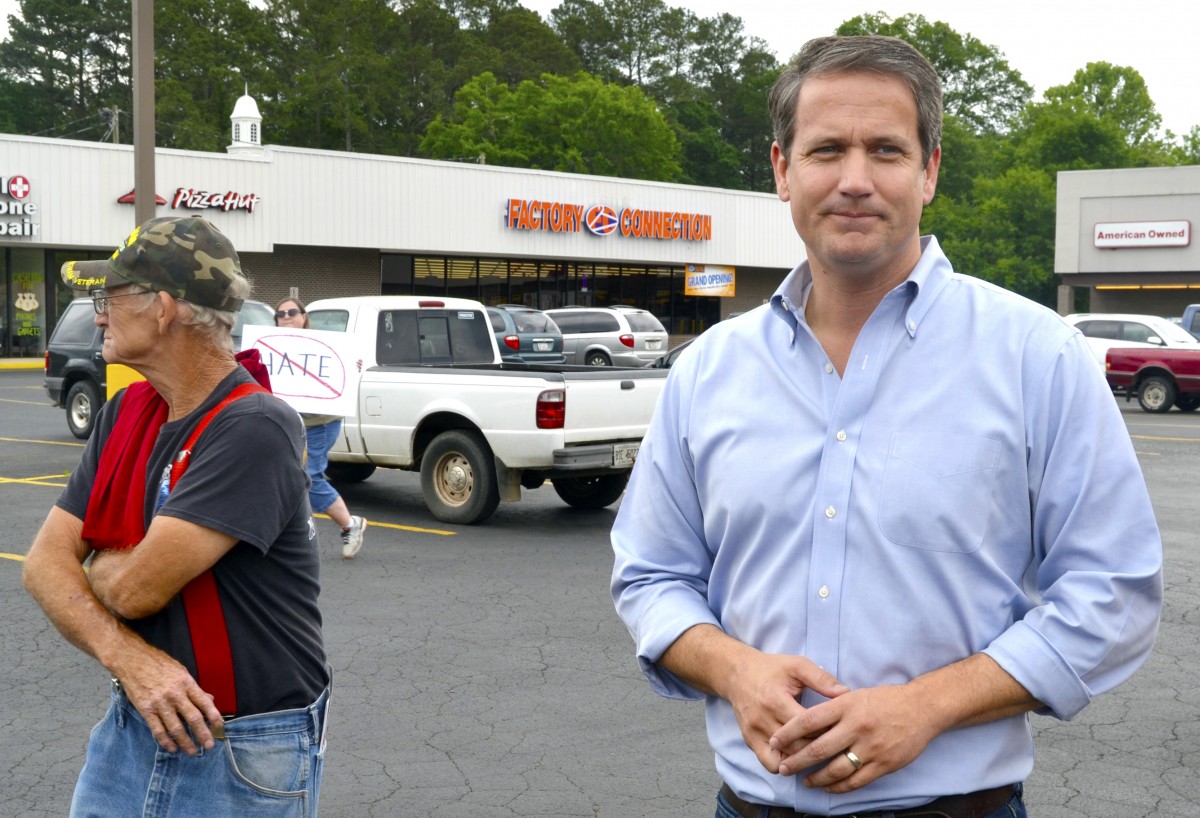 “I think [Trump] needs people at the state level who will support him,” Williams said.

“Our hope is with over governor,” Busbin said about immigration reform and Georgia’s top executive post.

Williams did not talk much about the rest of his political platform. According to his campaign’s website, the governor long shot supports:

* Keeping casinos out of Georgia 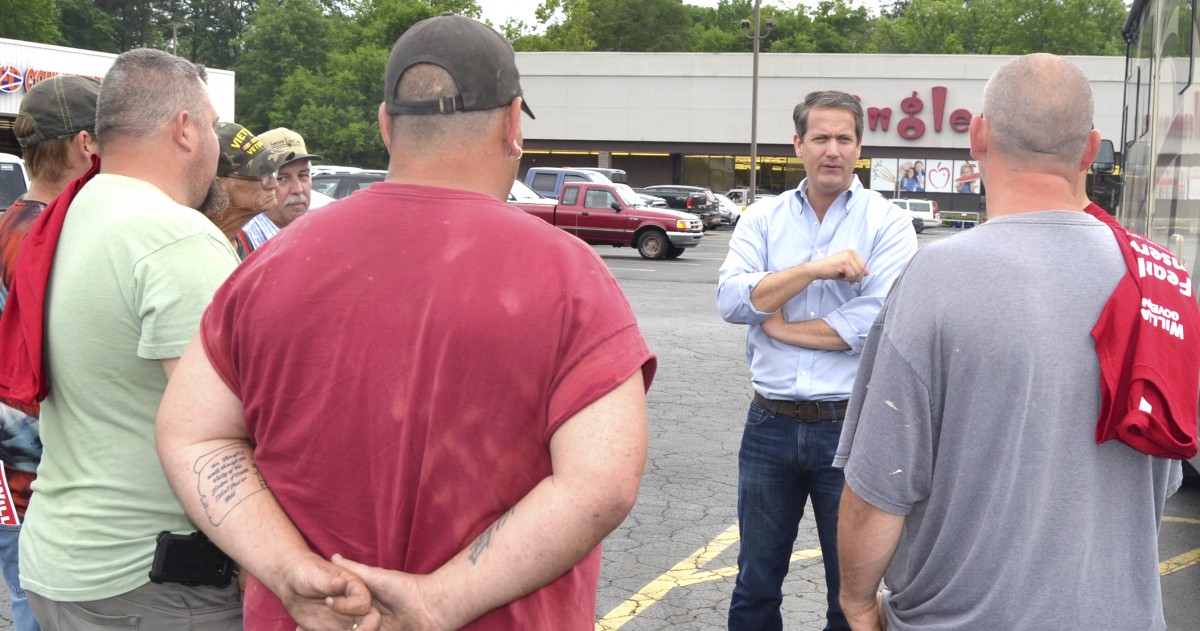 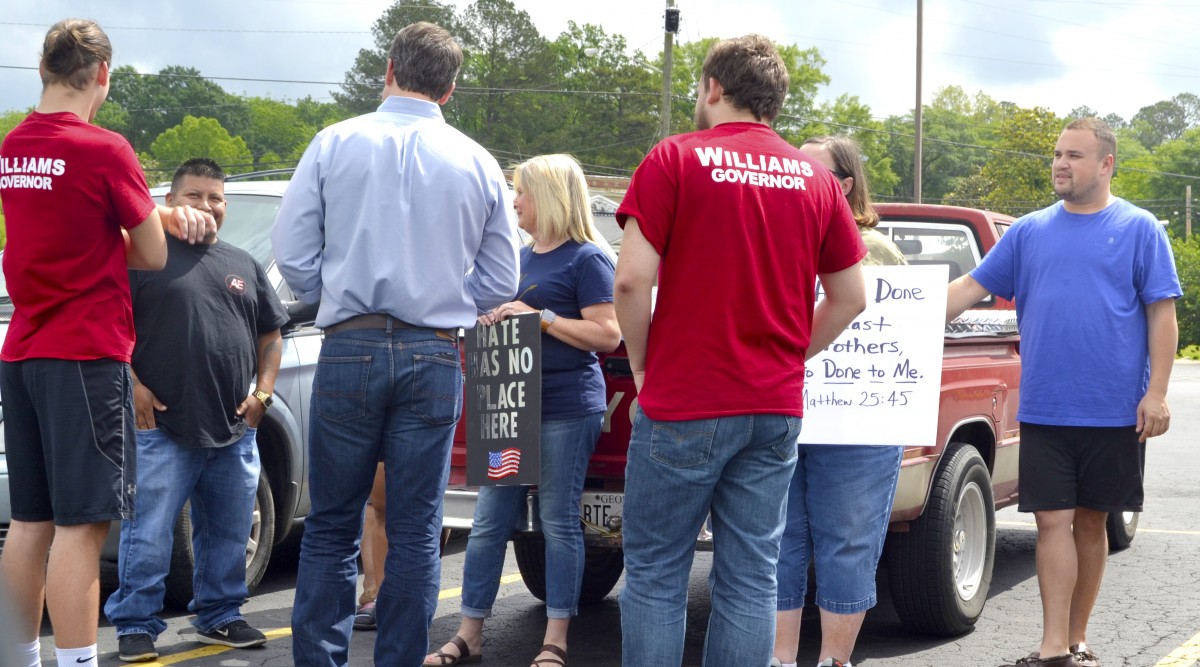 Governor hopeful Michael Williams talks with those who oppose his immigration policy.