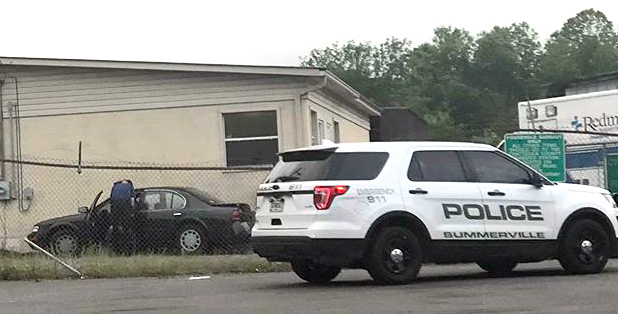 A local woman crashed through a fence and then struck a block building at the Chattooga County Garbage Transfer Station on Stockade Road on May 17, according to a crash report.

The 84-year-old driver, Martha Speer, was attempting to leave the garbage station when she allegedly pushed down on the accelerator instead of the brake, Summerville Policeman Lt. Tim Fulmer stated.

“[It] resulted in [Speer’s black 1996 Nissan Maxima to travel] in reverse through a chain linked fence and then striking the west wall of the building,” Lt. Fulmer reported.

Speer complained of an injury to her leg.

The white block building at the transfer station was not hurt and county workers were able to put the fence back up.