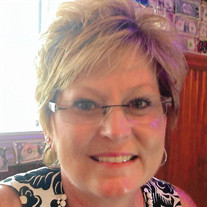 Margaret Elizabeth “Beth” Wyatt, age 53, of Mentone, Alabama, formally of Summerville, Ga. passed away Thursday May 24, 2018 in a local hospital.

Ms. Wyatt was born November 2, 1964, in Floyd County the daughter of the late Max Manning, Sr. granddaughter of the late Tom and Jewel Manning, Raleigh and Margarete McCollum. She was of the Baptist faith and was preceded in death by a brother, Max Manning, Jr. sister, Sherry Denise Manning. Ms. Wyatt enjoyed crocheting, shopping for others and bring joy into other people’s lives, even though she never had children of her own she spoiled nieces, nephews, along with any child that came into her life.