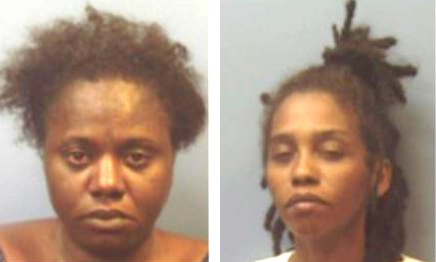 Deputies arrived and found Taylor sitting in a car.

Thomas, 37, of Summerville Gardens, said the other woman would not leave her alone and admitted to “several physical confrontations throughout the day” and in the yard, according to an incident report.

Both were cited for affray, according to jail reports.