Decatur, GA (July 2, 2018) – The Georgia Bureau of Investigation (GBI) is issuing data regarding drug exhibits submitted to the Crime Lab for testing by law enforcement agencies in Georgia that contain counterfeit pills.

So far in fiscal year 2018, the crime lab tested 100 exhibits of counterfeit pills.

Counterfeit pills do not contain the drug indicated by the markings and often contain strong opioids instead. For example, the crime lab received a pill with markings consistent with oxycodone. The lab, however, determined that the pill contained fentanyl, furanyl fentanyl, and U-47700 (pink). This particular drug trend has been ongoing for the past few years and represents some of the illicit drugs being distributed in Georgia.

The most recent study revealed that of the cases tested, the top counties with counterfeit pills in fiscal year 2018 are Fulton, Cobb, Gwinnett, Houston, and Carroll counties. By a significant margin, the top counterfeited logo was oxycodone. The most common substance found within the counterfeit pills were opioids. Of particular concern were the number of fentanyl analogues, including cyclopropyl fentantyl and carfentanil. 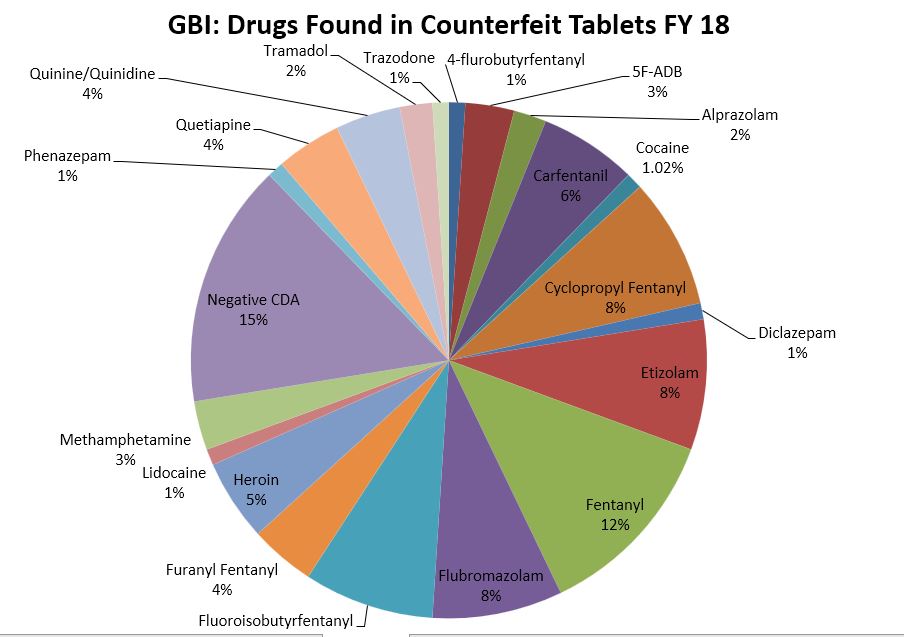 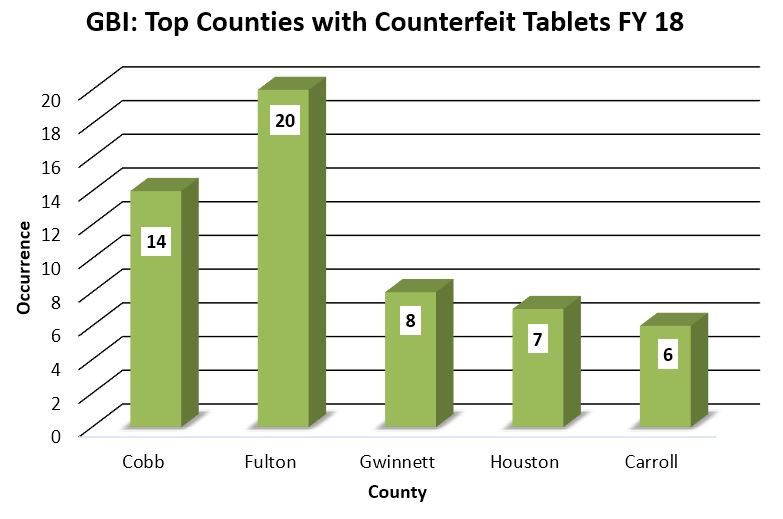