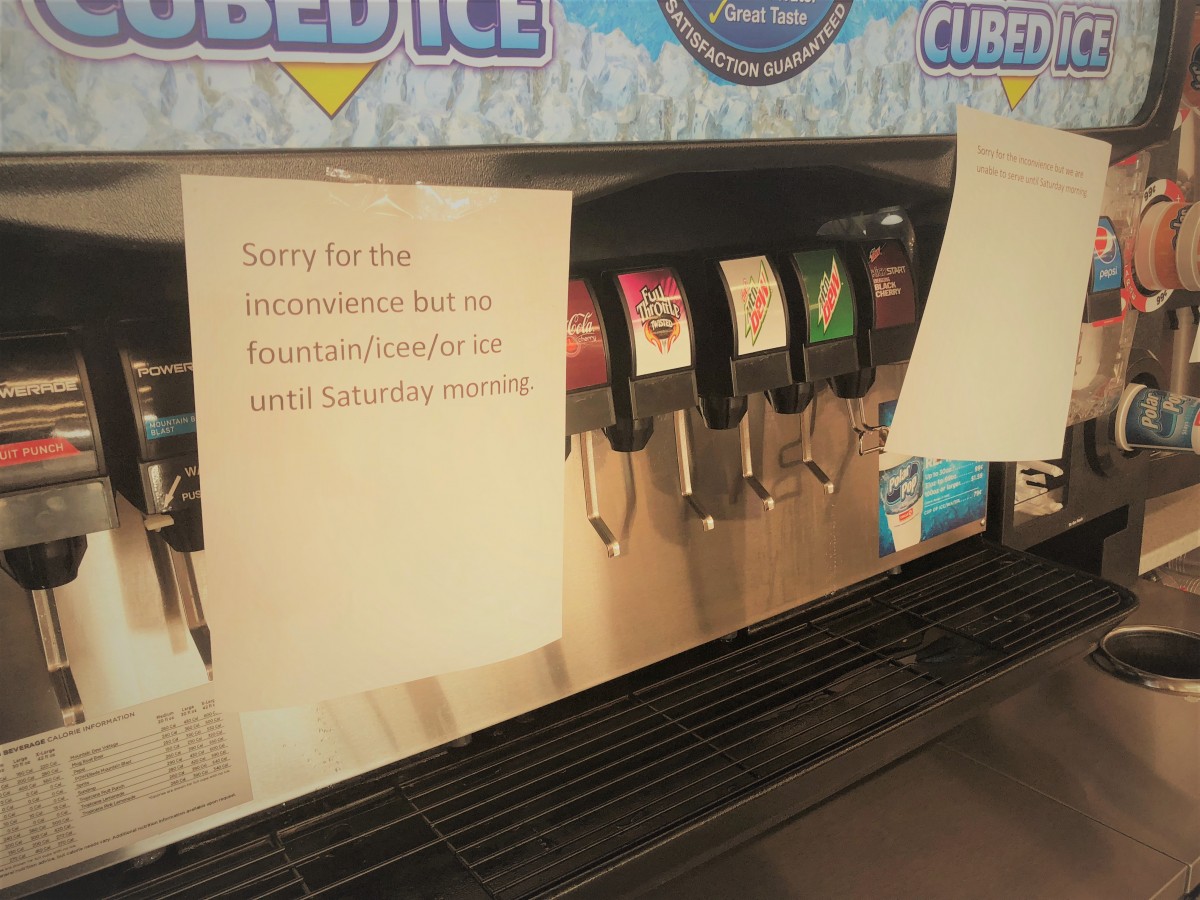 Restaurants and convenience stores are losing customers during the boil water advisory. This sign is on the soda fountain at the Circle K Convenience Store on Hwy. 27 north of Summerville. Customers looking for coffee were also turned away this morning.

A boil water advisory is still in effect today, according to city of Summerville officials.

Interim City Manager Janice Galloway said the advisory might be lifted if biological test results come back OK. Those results should be ready around 3:30 p.m. today.

The city has collected 22 water samples from different parts of its system, which stretches to near Lyerly and all the way to the Trion Town limits. If one of the samples show contaminants in the water, then the advisory will continue. Water samples will be taken again and tests conducted. The cycle repeats itself daily until all the water samples are OK.

“ If they are good, we can lift [the water boil advisory] at that time,” Galloway said.

An advisory or notice will remain in effect until test samples show the water is safe to drink. Testing for bacteria requires 18-24 hours to complete, depending on the type of test used. The samples are incubated to actually grown bacteria, if any are present. As a result, advisories and notices will be in effect for at least 18-24 hours.