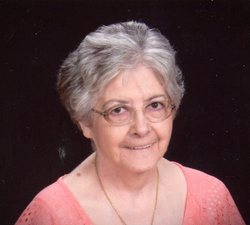 The family will receive friends at New Armuchee Baptist Church on Friday from 1pm until the service time.

Pallbearers are asked to assemble at the church on Friday at 1:30pm and include:  Connor Armstrong, Logan McBurnett, Eddie Holsomback, Ricky Mull, Rick Minshew and Robert Shiflett.