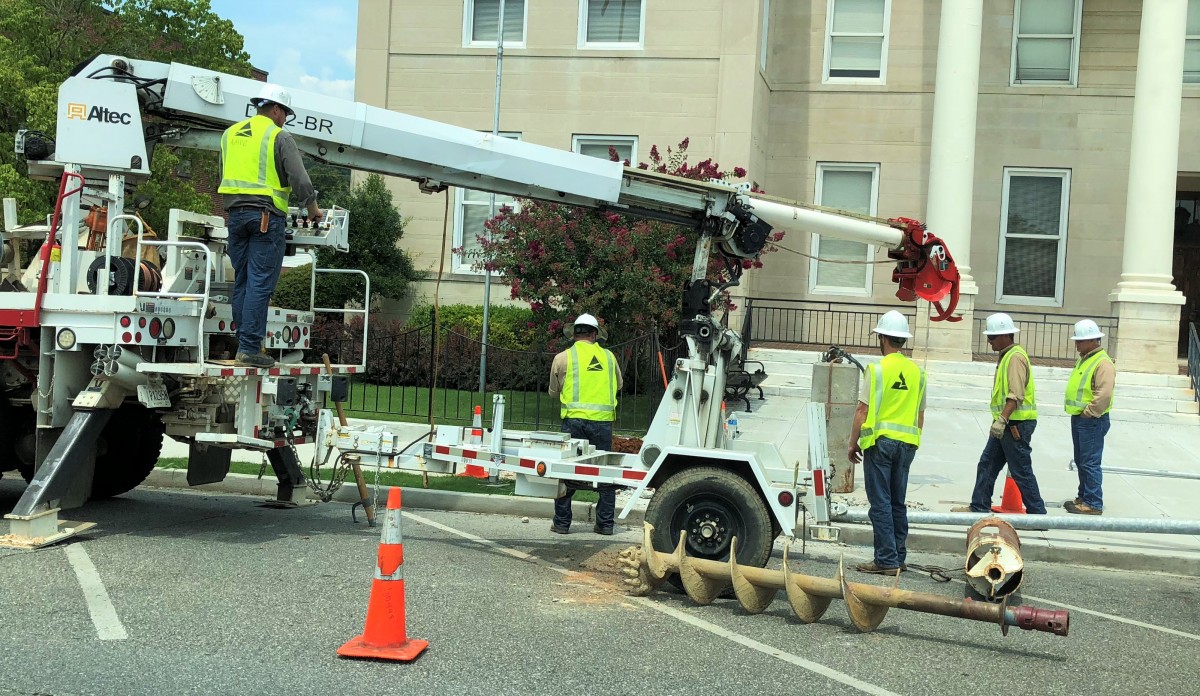 Georgia Power Inc. is replacing a utility pole in front of the Chattooga County Courthouse six months after the last one was knocked over.

This crash happened on New Year’s Eve around 10:16 p.m. The driver, Michael Joe Womack, 35, was arrested for DUI, theft by taking and other traffic offenses.