There are new garbage cans and repainted giant plastic Coke bottles in downtown Summerville.
Summerville workers started removing the old square, brown trash bins located at various streets corners at the beginning of August. They replaced them with black metal receptacles.
“It’s a Better Hometown project that they are doing,” Summerville City Manager Janice Galloway said.
The hometown committee received a $2,000 grant from the Tilloston-Menlo Charitable Trust. They used that money and $983.02 from the city to buy the trashcans.
They were purchased 10 cans from Global I

“Summerville Main Street program did put some funds to go with it,” Program Director Susan Locklear said.
The city is also updating and repainting the large Coke bottles in the downtown. City crews, as they replaced the trashcans, grabbed the Coke bottles.
New designs for the Coke bottles are currently being painted by Howard Finster folk art enthusiasts. The new bottles will be unveiled on Sept. 29 at a special Howard Finster event at Paradise Garden in Pennville.
“They will be on display at the art gallery. They will go out on the street in January,” Locklear said. 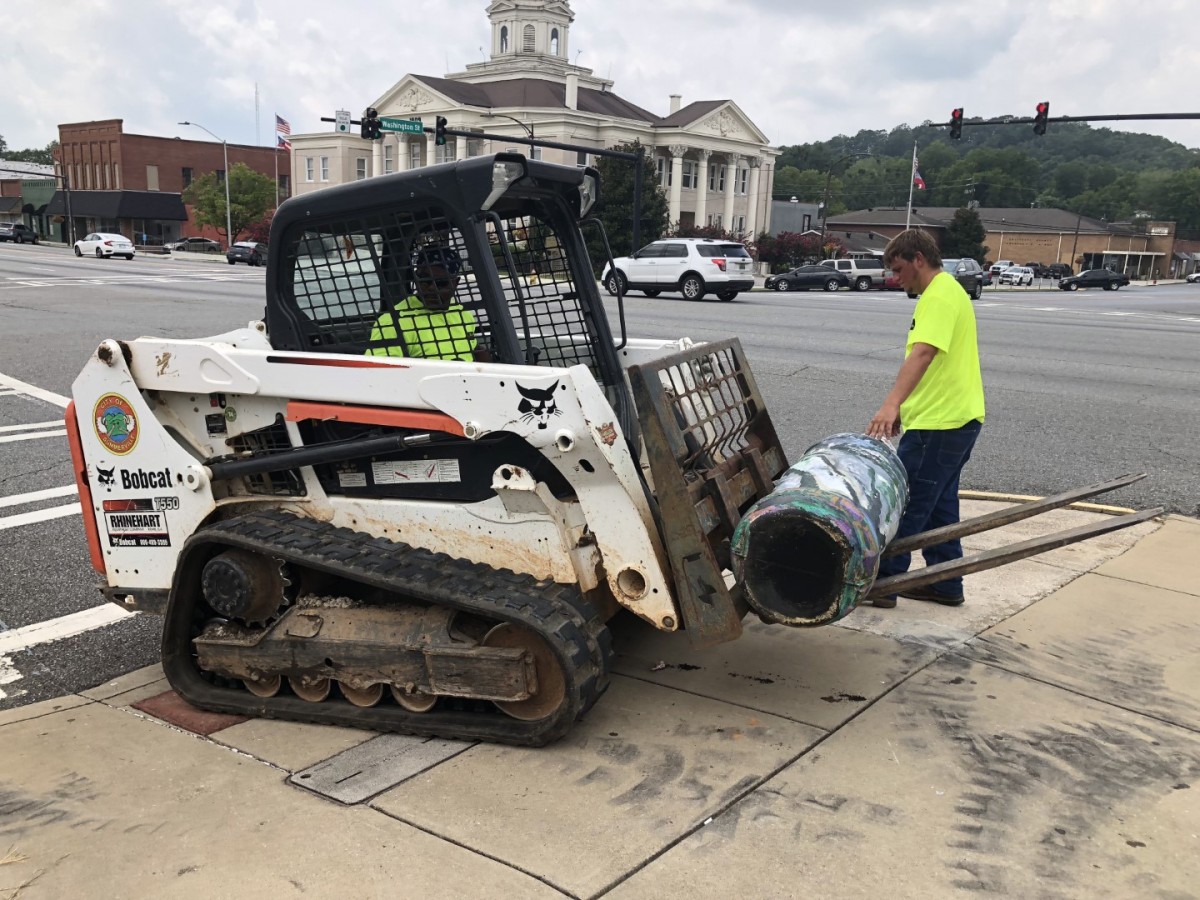