(Update: 4:15 p.m.) A few Georgia Power customers are without service around downtown Summerville.

A Coors Light beer truck snagged utility lines and a power pole at the intersection of Commerce Street and First Street around 2:30 p.m. today. The truck driver and a passenger in the beer truck were trapped inside the cab until Georgia Power workers disconnected all live wires. The men later stepped out of the truck safely.

The power lines have slowed traffic in the downtown. 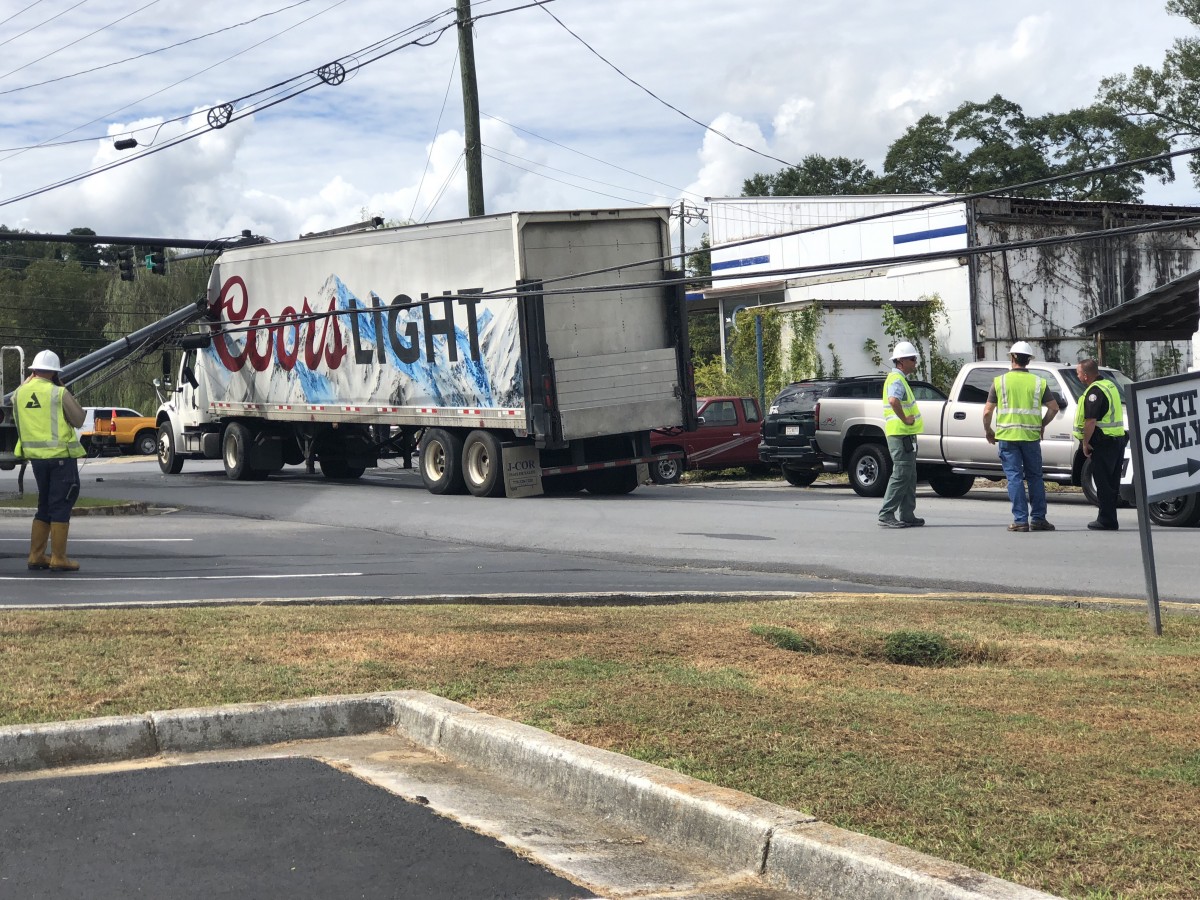 The beer truck driver and passenger have been rescued without any harm.

The guys inside the beer truck are OK. They are just waiting to get the all clear from Georgia Power to get out of the truck. 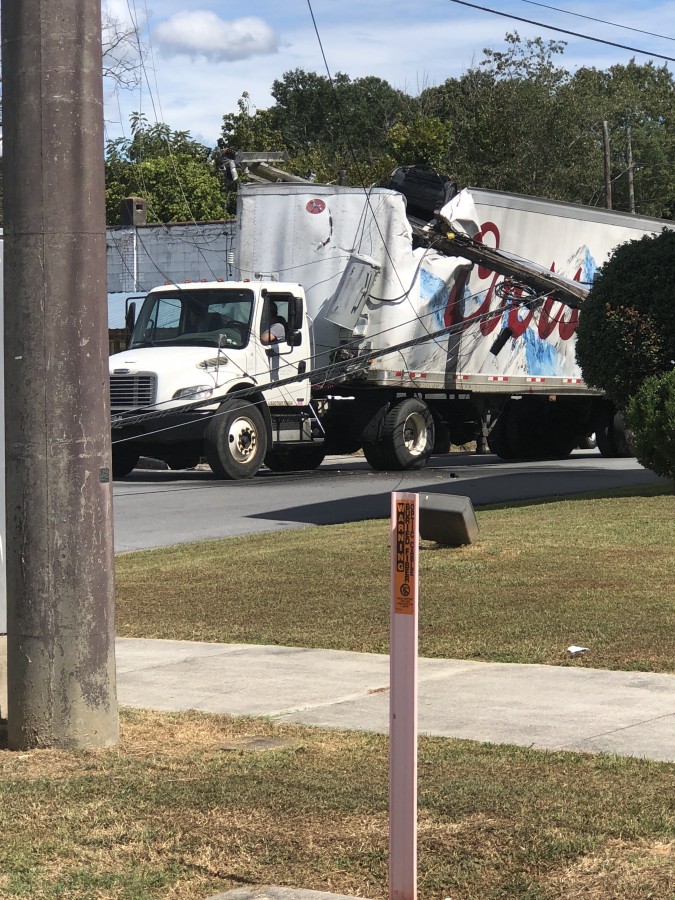 A Coors beer truck driver and passenger are trapped inside the delivery truck that hit a downtown power pole. Georgia Power is turning off all power in the area to get the two men out safely.

Georgia Power workers said the downtown area will be without power for at least two and a half hours. Summerville Fire Chief Robbie Lathem said to avoid the downtown while main utility lines are removed from the road.

Summerville Fire  Chief Robbie Lathem said to avoid downtown for a while until power lines are removed. 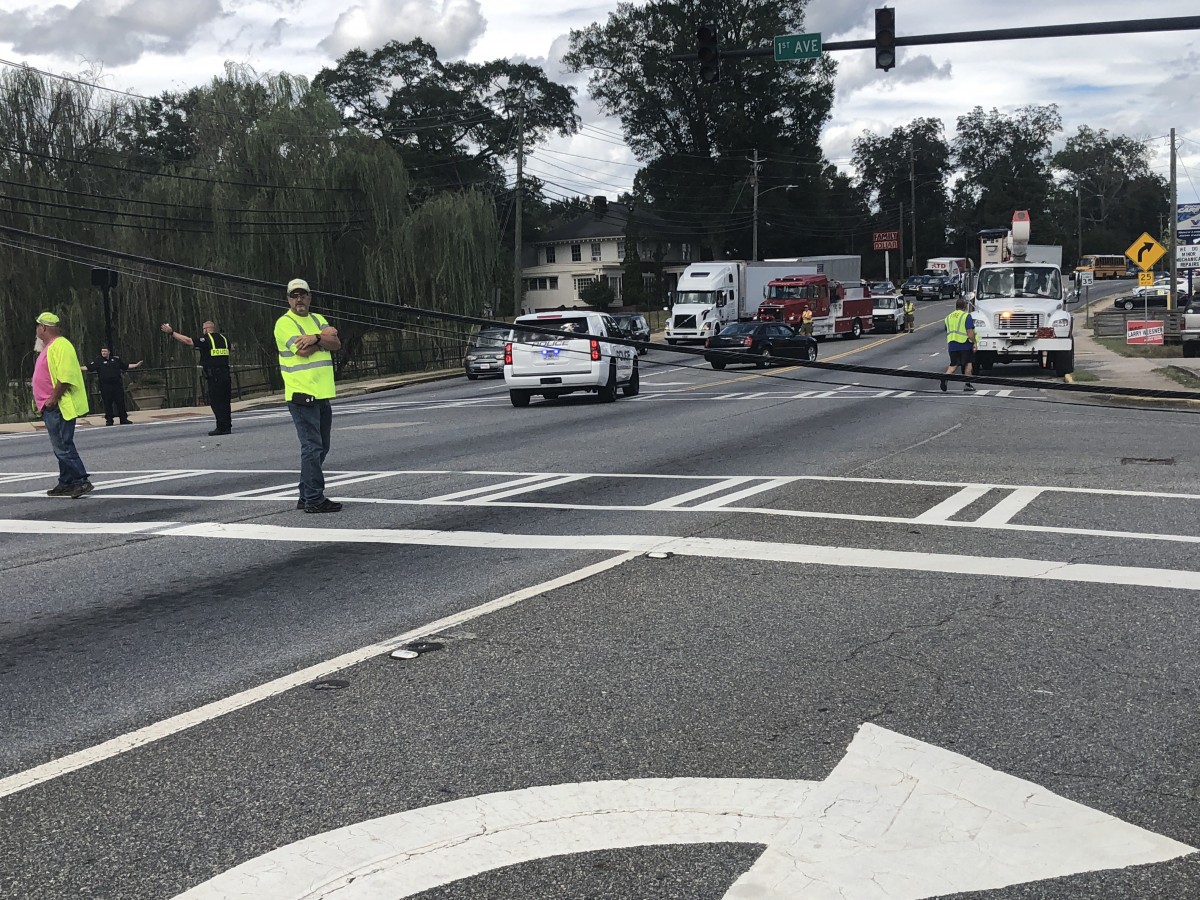 Watch for traffic delays in downtown Summerville.  A truck knocked over power lines and other utility lines. 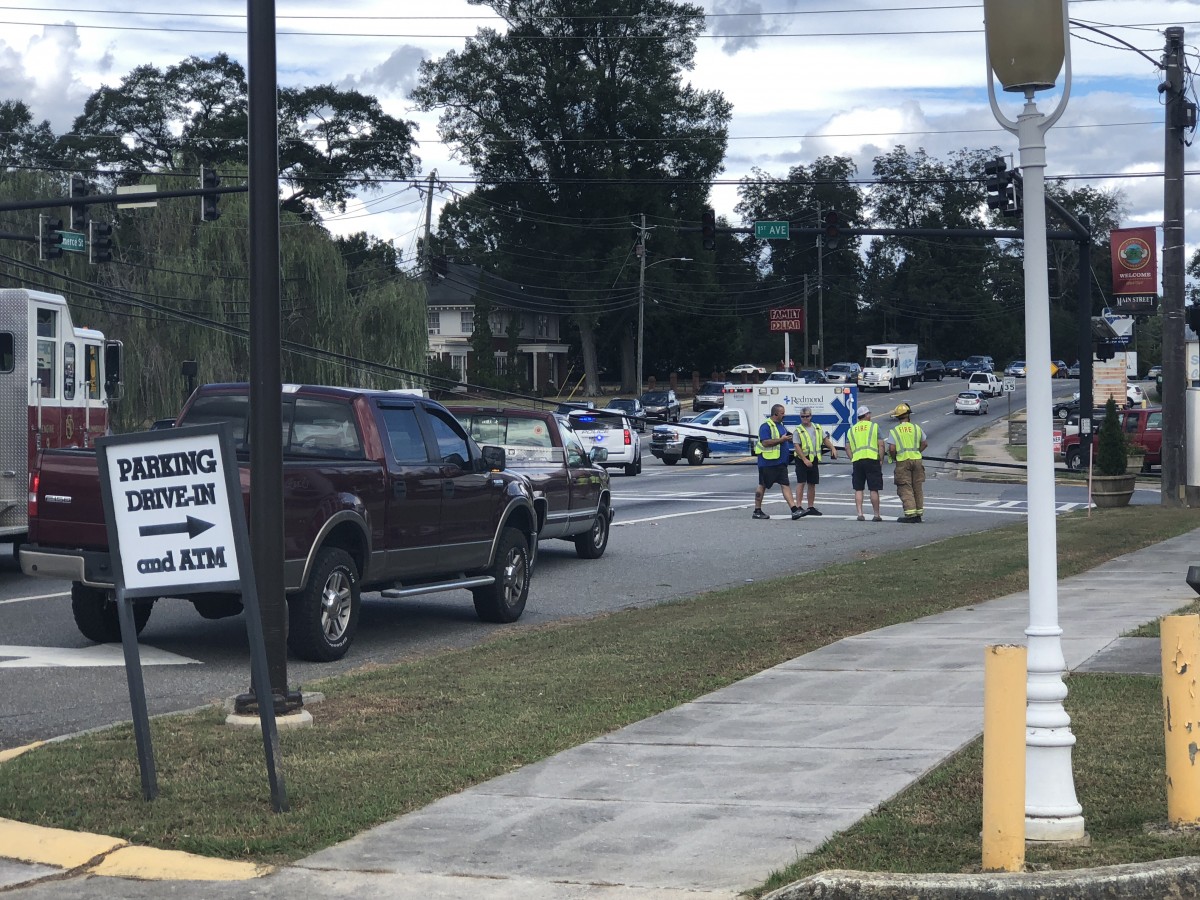