Bicycles will start appearing in Chattooga County Friday evening as part of a sponsored 60-mile ride from Chattanooga to Summerville. They will stop in J.R. “Dick” Dowdy Park for a concert and sleepover. 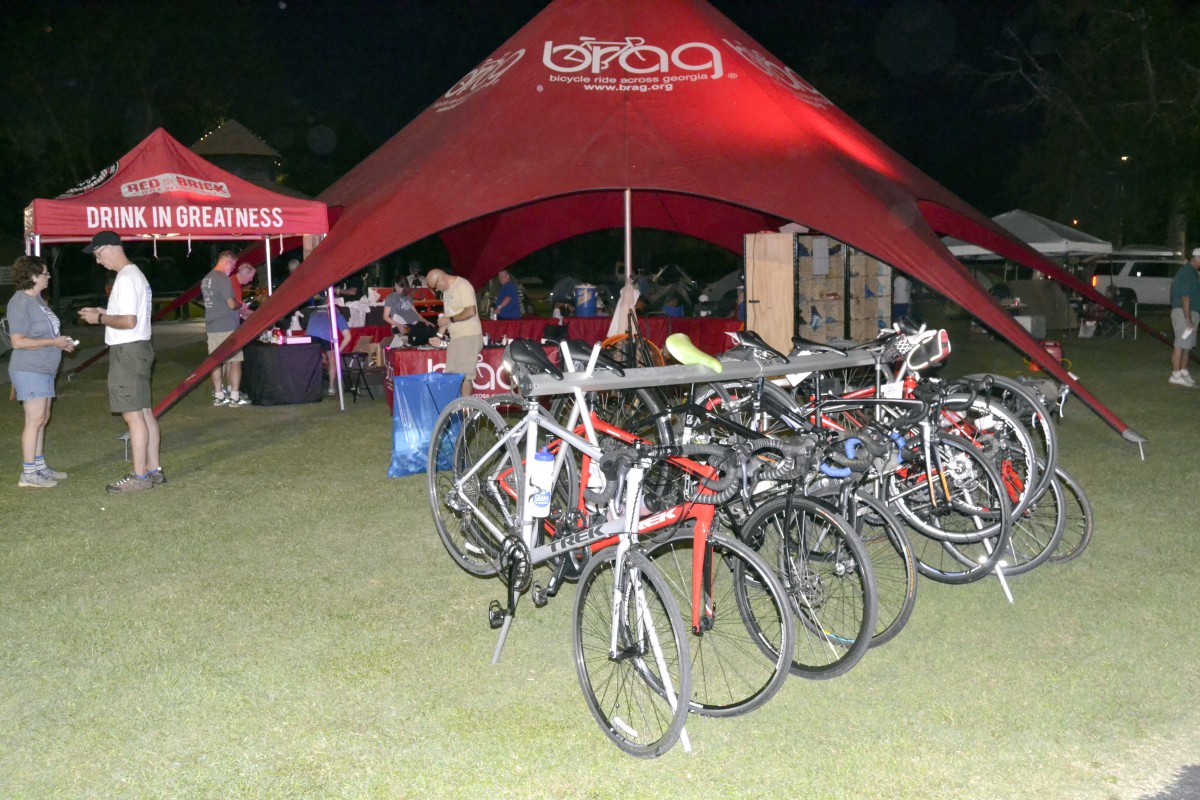 Bicycle Ride Across Georgia’s US Bicycle Route 21 is covering 160+ miles from Chattanooga to Atlanta Sept. 28-30. The U.S. Bicycle Route System (USBRS) is developing a network of officially numbered interstate bicycle routes that connect America’s cities, suburbs, and rural areas. Georgia recently joined the USBRS by designating a system of roads and trails as US Bike Route 21. In conjunction with the Georgia DOT, the Atlanta Falcons, and Northside Hospital, BRAG is hosting the third annual ride.
The City of Summerville will host this group of avid cyclists in Dowdy Park on Friday, for its third year. The group of cyclists will be arriving in Summerville at their own pace between noon and 3 p.m. and have a weekend of activities planned. Each day participants will have a ride in the morning that continues into the afternoon followed by entertainment from their host town in the evening.

Riders will begin their journey at Tennessee River Park on Friday morning, where they will travel 59.4 miles from Chattanooga to Summerville at an elevation of 2,416 feet. Along the route there will be SAG support vehicles. They can be identified by the yellow BRAG flags they will be flying from the windows. Riders will spend the day in Summerville, camping out in Dowdy Park. During their stay they will have the opportunity to tour Paradise Garden, enjoy an educational class, board a shuttle to local restaurants, shop local retail, and enjoy a concert in Dowdy Park.
Summerville Main Street will present Mango Season in concert from 7 p.m. to 9 p.m. in Dowdy Park. Mango Season is an Atlanta based rock band made up of three friends from high school, Caleb Thome, Zack Smith, and Spencer Ford. The release of their EP, Paradise, has allowed them to play at venues like Smith’s Olde Bar and Center Stage. The band is currently working on recording a full-length album. The concert is free to the public. Food and specialty vendors will be on site for the evening. Concertgoers are suggested to bring a lawn chair.
For spectators and photographers wishing to cheer this group on as they depart, a group start, with a police escort, is scheduled on University Street Saturday at 8 a.m. Cyclists will continue their journey an additional 58.4 miles from Summerville to Rockmart and camp at Skydive Spaceland Atlanta. On Sunday the cyclist will complete their ride by traveling 43.1 miles from Rockmart to Atlanta/Mableton. A shuttle bus will transport the participants back to Chattanooga once everyone reaches their destination.
About BRAG:
The annual bicycle ride across the State of Georgia began in 1980 under the guidance of Dot Moss. Dot received her inspiration for the tour from Iowa’s RAGBRAI. Georgia’s event started out as the Great GASBE (Georgia’s Annual State Bicycling Event). The first ride began in Savannah and ended in Columbus.
?The Bicycle Ride Across Georgia (BRAG) is a not-for-profit dedicated to providing affordable, quality bicycle tours in and across the State of Georgia. Now in its 39th year, BRAG is the second oldest across-state bicycle tour in the world and attracts riders from across the United States. It has covered thousands of miles and touched hundreds of towns through the years. Along the routes, Georgia residents open up their towns and communities to participants, making for a truly memorable experience. The fellowship and spirit that comes along with all of BRAG’s rides keep many riders coming back year after year. BRAG is a bicycle ride, not a race. It’s about the journey.