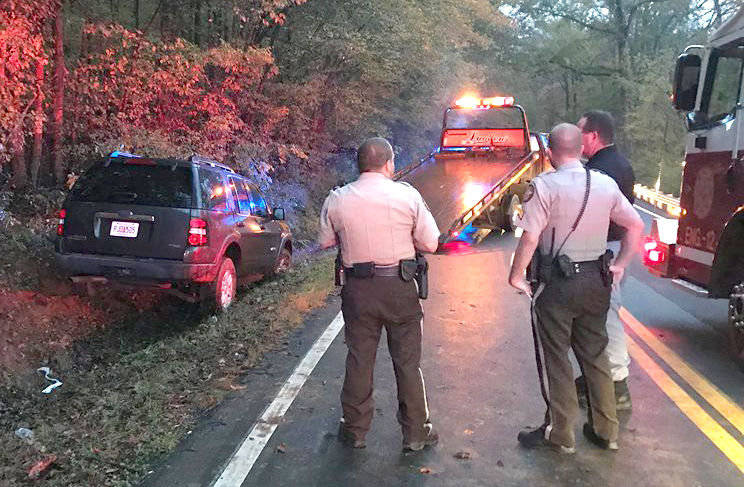 Penn Bridge Road near Trion has seen several crashes during the past few weeks. They’ve not all been in the same spot, however, according to Chattooga County Sheriff Mark Schrader.

Most of the crashes did not involve injuries. However, one during the early morning hours of Nov. 5 resulted in a 26-year-old Tunnel Hill woman being hospitalized.

Jennifer Cameron was driving her gray 2007 Ford Explorer south when she lost control negotiating a curve. Her vehicle went into a ditch. The impact resulted in Cameron being trapped until emergency workers could extricate her.

She was taken by ambulance to Floyd Medical Center for her injuries.