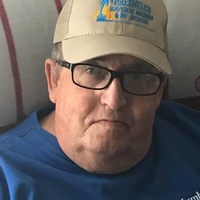 A native of Summerville, Georgia, Mr. Allen was born December 2, 1946, the only child of the late Billy Allen and Connor B. Moore Allen.  He was very involved in Civic Clubs and Fraternal Organizations in Summerville from an early age. He was a member of the Chattooga Masonic Lodge #704 F&AM, the Yaarab Shrine Temple, the Chattooga County Shrine Club and the First Presbyterian Church. Gordon started his career working with his family in the Allen Hardware. From there, he worked at Jackson Chevrolet in Summerville, Jimmy Black Chevrolet, and later becoming partner in Allen- Smith Chevrolet. Following the selling of Allen-Smith, Gordon worked for his good friends at Jackson Chevrolet, Buick and GMC in Lafayette. He finished his working career as the Purchasing Director for the City of Summerville.

Funeral Services for Gordon Allen will be held Tuesday, November 20, 2018 at 2:00 P.M. in the First Presbyterian Church with Rev. Scott Fuller and Mr. Gary McConnell officiating. Interment will follow in the Summerville Cemetery with Masonic Graveside Rights.

Gordon will be in state at the Coffman Funeral Home where the family will receive friends Monday evening from 5:00 P.M. until 8:00 P.M.

The family will accept flowers, however those desiring may make memorial contributions to the Shriner’s Childrens Hospitals, 2900 Rocky Point Drive, Tampa, FL 33607.

Coffman Funeral Home, Petitt Chapel is honored to be serving the family of Mr. James Gordon Allen, III. Please visit www.coffmanfh.net to sign our online guestbook and to post condolences.