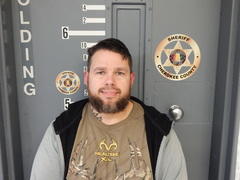 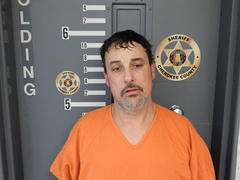 According to Sheriff Jeff Shaver, deputies from both the patrol and investigations division arrested two suspects for drug trafficking in the early morning hours on Friday.

Deputies conducted a vehicle stop on Highway 9 near the Georgia state line at approximately 5 A.M. which resulted in two individuals being charged.  Investigators charged Adden L. Mobley, 40, of Centre, and Richard M. Bonanno, 44 of Summerville, Georgia, with drug trafficking and unlawful possession of drug paraphernalia.  According to Chief Deputy Josh Summerford, investigators seized over 2 pounds of methamphetamine and liquids containing methamphetamine from the vehicle.  The arrests were the result of a joint drug investigation between the Cherokee County Sheriff’s Office and Georgia investigators.