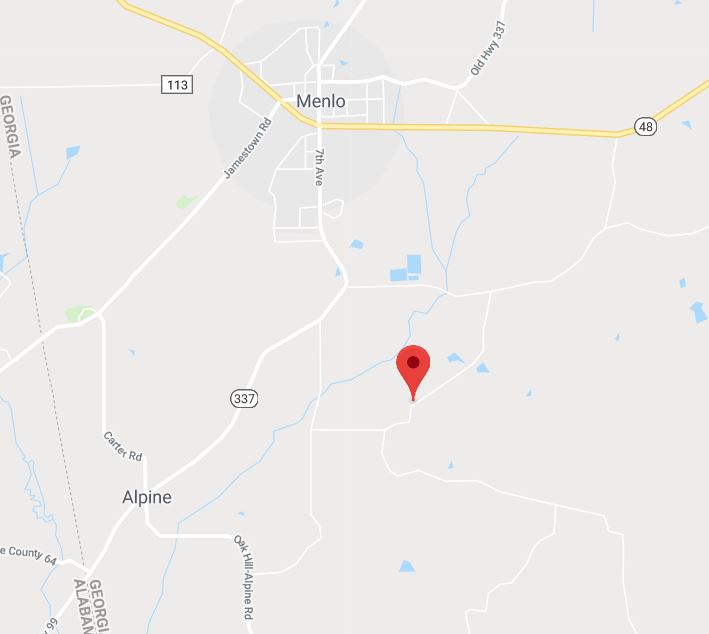 (Updated) The Chattooga County Sheriff said the escapee has been caught.

Investigators are searching an area near Menlo for a man who escaped custody at the Chattooga County Jail earlier this week.

Currently, deputies are looking for Adams around McWhorther, Garvin Road and Buck Gardner Road. A canine unit and a drone are being used in the search.

This is the second time Adams escaped from law enforcement’s grasp. The first time was around 1 a.m. Monday when Adams bolted from the back of Deputy Jerry Davenport’s patrol car while outside the jail. Deputy Davenport brought Adams to jail on a misdemeanor battery charge.

“They chased him for a little ways [Monday],” the sheriff said.
Adams fled through Summerville residents’ yards and up to Son Rise Church on West Washington Street. A deputy spotted Adams behind the church, however, he took off running again.
After crossing a wooden fence, deputies lost Adams.
“The deputy did not see which way he went,” Schrader said. “We’ve had many run-ins with him. It’s just a matter of finding where he is laying his head down at night. . . If anybody knows his whereabouts, please let us know.”

Adams was originally in custody for his involvement in a domestic squabble on Hwy. 337 in Menlo. Adams was fighting with his aunt, 36-year-old Shirley Cooper, of Menlo.
When deputies arrived, Adams ran up to Deputy Davenport’s vehicle immediately. The deputy put Adams in the backseat and told him to wait until they could investigate the situation. It was soon discovered Adams and Cooper were fighting and deputies went ahead and took both to jail in separate patrol cars.
“When they opened the car door, he took off running,” Sheriff Schrader said. “They did not get the door open good when he just darted out. . . I’m sure he had his mind made up before they even got to the jail.”
The sheriff admitted that Adams was not handcuffed, but was already sitting in Davenport’s patrol car from the time deputies first arrived on the scene of the domestic fight.