(Update: A source told The News that road work is going a little faster now and the DOT might have Hwy. 48 reopened by noon Saturday.)

(Update: A tractor-trailer is stuck on East Peach Orchard Road near Menlo. This is a small rural road being used by a lot of locals to bypass the work and road closure on Hwy. 48. This is the second time today that a transfer truck has gotten stuck on that road). 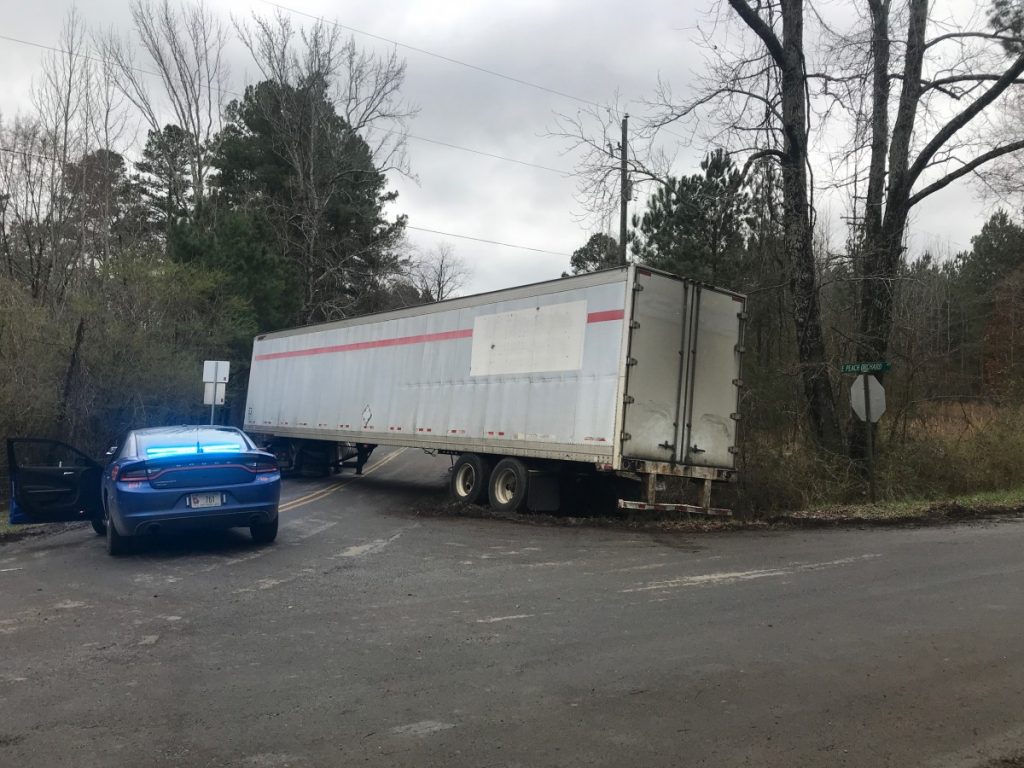 The closure of Highway 48 between Summerville and Menlo could continue throughout the weekend, according to Chattooga County Emergency Management Director Pam Vaughn.

State highway officials closed the road late Tuesday evening after a drainage tile running underneath it collapsed. The DOT is looking for drier conditions to install the culvert. A large amount of water is flowing through the pipe. The water was allegedly from recent heavy rains and flooding.

“The water is still running and preventing them from working,” Vaughn said.

A DOT foreman said they couldn’t make repairs until the ground was prepared. They didn’t want to take the existing tile out until the water stopped flowing through it.

The closure immediately created a longer commute time for truck drivers. The DOT was having them go to LaFayette and travel to Menlo via Hwy. 337 or vice versa.
While local drivers took rural country routes to bypass the trouble area, it was tricky for people unfamiliar with the county. It was also problematic for the numerous trucks heading to J.P. Smith Lumber and Best Manufacturing.
“J.P. Smith averages 60 trucks a day. That is just a lot of traffic just for one business. I’m not sure how many Best has,” Chattooga County Sheriff Mark Schrader said.
The sheriff also stood at the detour and tried directing Atlanta and Huntsville commuters around it this week.
“I probably talked to 30 or more that were traveling between Huntsville and Atlanta or vice versa,” the sheriff said. “It’s a main thoroughfare and I believe the DOT understands the impact of that because there are a lot of DOT workers out there,” the sheriff said.