(UPDATE: The second printing of Gary McConnell’s book is ready. Copies are being sold at the newspaper office as well.) 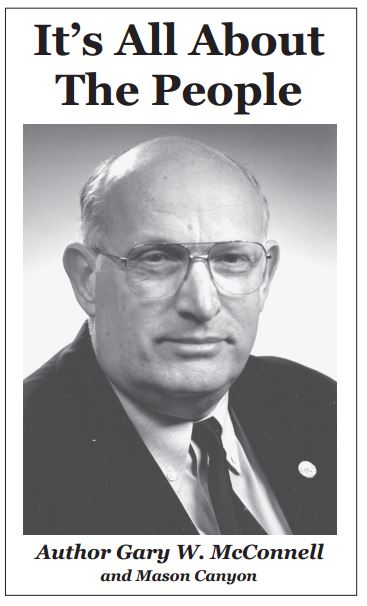 The book, “It’s All About the People” is in its second printing and was printed by The Summerville News.
The book recounts his days from the time he joined his father, John Frank McConnell as a deputy, to the time he because sheriff after the death of his father. It covers all of the major cases he was involved in including the Corpsewood murders, Judith Ann Neelley case and others.
The book then details his work at the Georgia Emergency Management Agency and the major disasters he worked on at the agency. It also goes into him being appointed to head of the Atlanta Olympics Security.
It is a plethora of information for Chattooga Countians that covers several decades of county history.
Light refreshments will be served.