The man who abandoned a moving vehicle during a multi-state police chase in April 2018 has been sentenced to prison by a U.S. Federal Court judge from the U.S. Northern District of Alabama.

The driver left a passenger and a truck rolling down Hwy. 48 near the Menlo city limits during a chase with law enforcement agencies from Alabama and Georgia, according to Chattooga County Sheriff Mark Schrader.

The chase started across the state line when Fort Payne Police officer Dalton Veal tried stopping a white Chevrolet king cab truck on the south side of that city.

Dennis John Johnson, 43, pled guilty to illegal gun possession. He was in possession of a Smith & Wesson .40 caliber

semi-automatic pistol. He was sentenced to 87 months in prison and three years of supervised release.

“Career criminals and illegal firearms are a dangerous combination,” said U.S. Attorney Jay E. Town.  “Anyone who endangers the lives of law enforcement and civilians trying to escape justice will be prosecuted vigorously.”

Johnson had the handgun with him when police arrested him on April 9 as he ran from a pickup truck he abandoned on Georgia Highway 48 in Chattooga, according to a Fort Payne Police arrest report. Johnson jumped from the truck after fleeing police in Fort Payne and speeding away along U.S. Highway 11 to Hammondville. His flight took him onto Alabama Highway 117 and through Valley Head and Mentone before crossing the state line into Georgia, according to the arrest report.

Fort Payne officers had tried to pull over the pickup truck because the license plate was registered to a different vehicle, the police report said. In the ensuing chase, speeds topped 100 mph as Johnson ran vehicles off the narrow roads, swerved toward police vehicles and aimed his speeding truck at the Hammondville police chief, who was running across the road to deploy a stop strip. The first Fort Payne police vehicle in pursuit behind Johnson hit the stop strip and crashed, seriously injuring one Fort Payne officer, according to the police report.

“We got the call when they were east of Mentone,”  Sheriff  Schrader said last year. “I was probably the first one on the scene from here.”

As the driver was coming into Menlo, he bailed before Ridge Street with a revolver in his hand. Officers used a stun gun to bring down Johnson, of Albertville.

“The gun was in a holster and he was running away from them. He did not turn or threaten them,” Sheriff Schrader said.

The passenger in the vehicle was checked by Redmond EMS and released without charges. 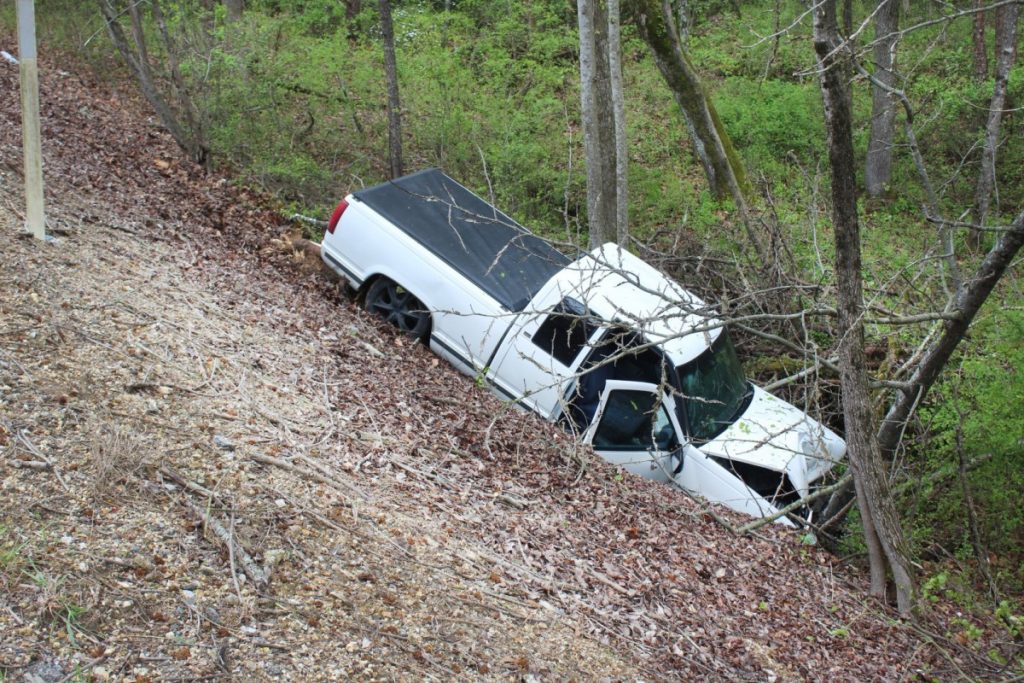