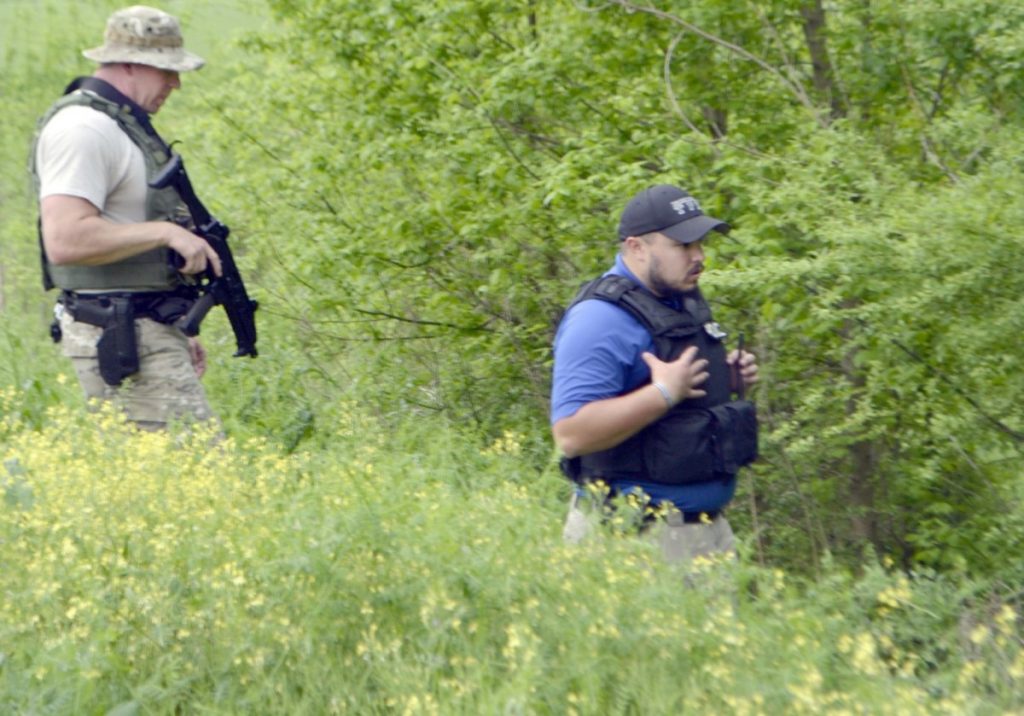 A 47-year-old man shot twice at his son during the morning hours of April 12, according to Chattooga County Sheriff’s reports.
Ronnie King, of Bill Mitchell Road, suddenly and without warning shot a .40 caliber pistol into his son’s room.
“From my understanding, that is not uncommon for them to have father and son disputes,” Sheriff Mark Schrader said.
The incident started when the son was dressing and bumped into the wall. The father heard the noise and allegedly shot one round through the son’s bedroom door.
The son fled and the son’s girlfriend hid in a closet. She stayed there until King fired a second round. She ran outside and fled.
“We’ve got active warrants on the father,” the sheriff said.
By the time law enforcement left, the father fled too. Officials feared he was armed and dangerous because he allegedly shot twice.
“Nothing has been said that morning [between the father and son],” the sheriff said.
The father just shot when the son hit the wall while getting dressed, according to Schrader.
“It was a blind shot, but he knew they were in there,” the sheriff said. 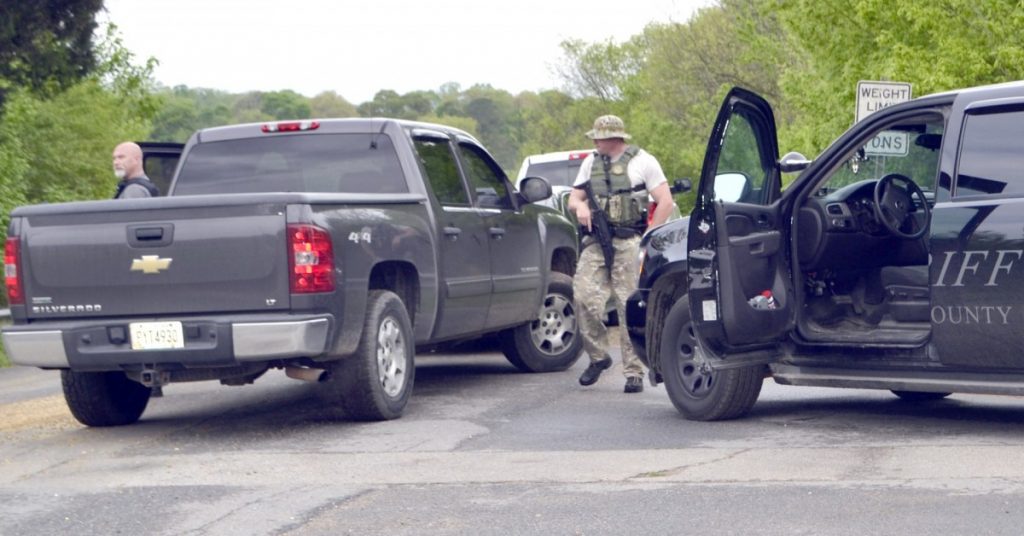 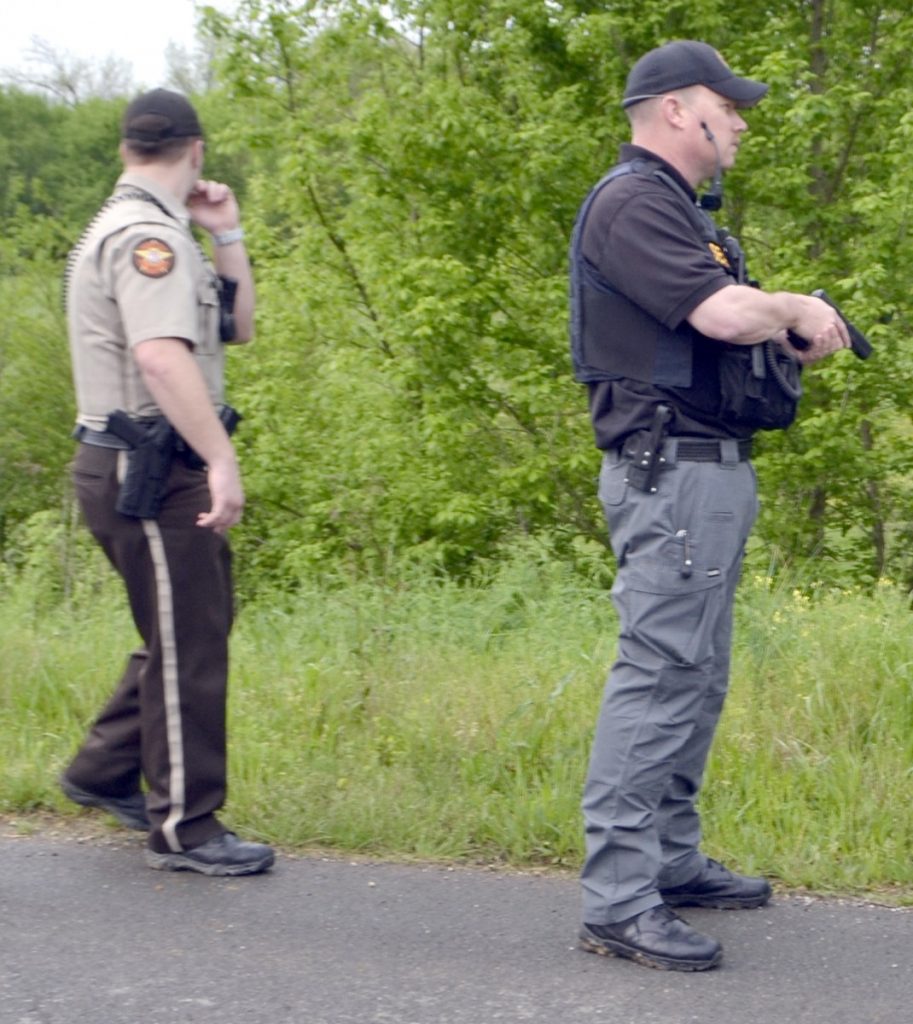 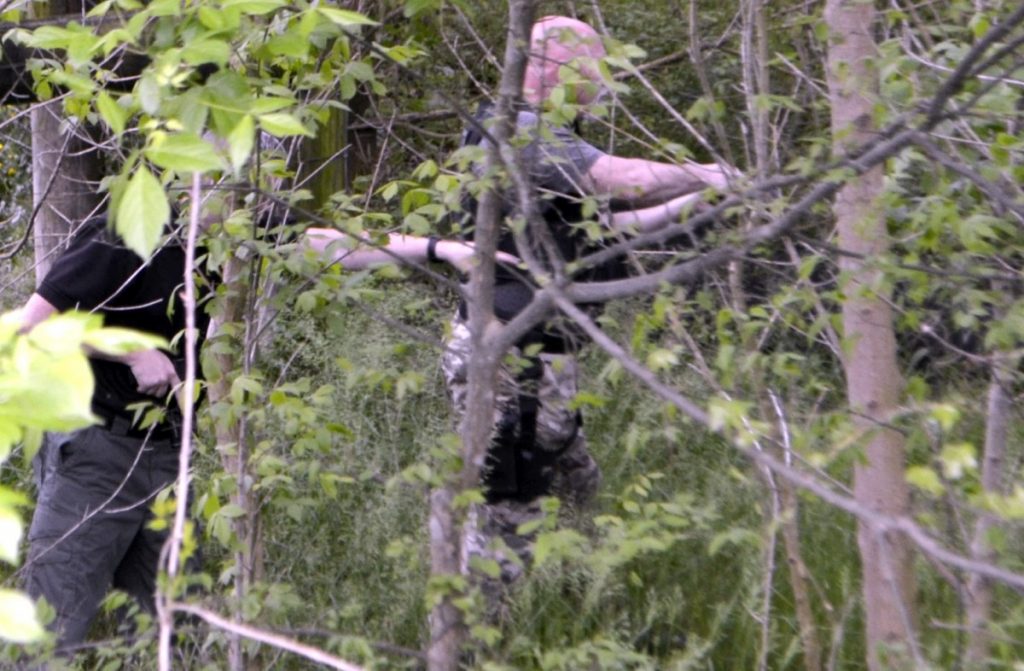 Guns Drawn While Searching Through Woods 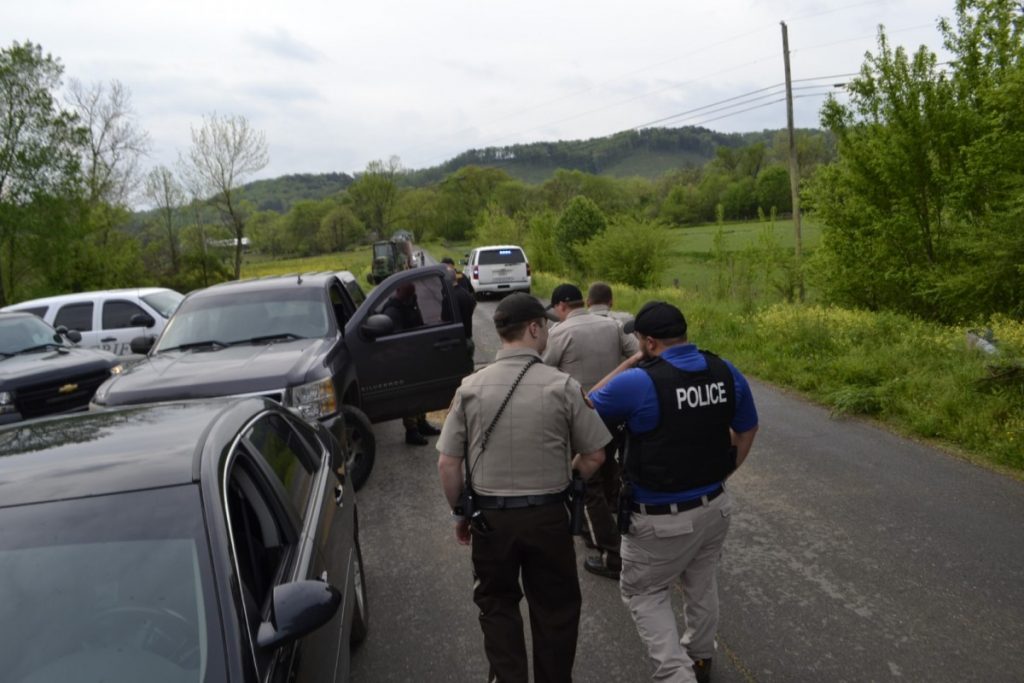 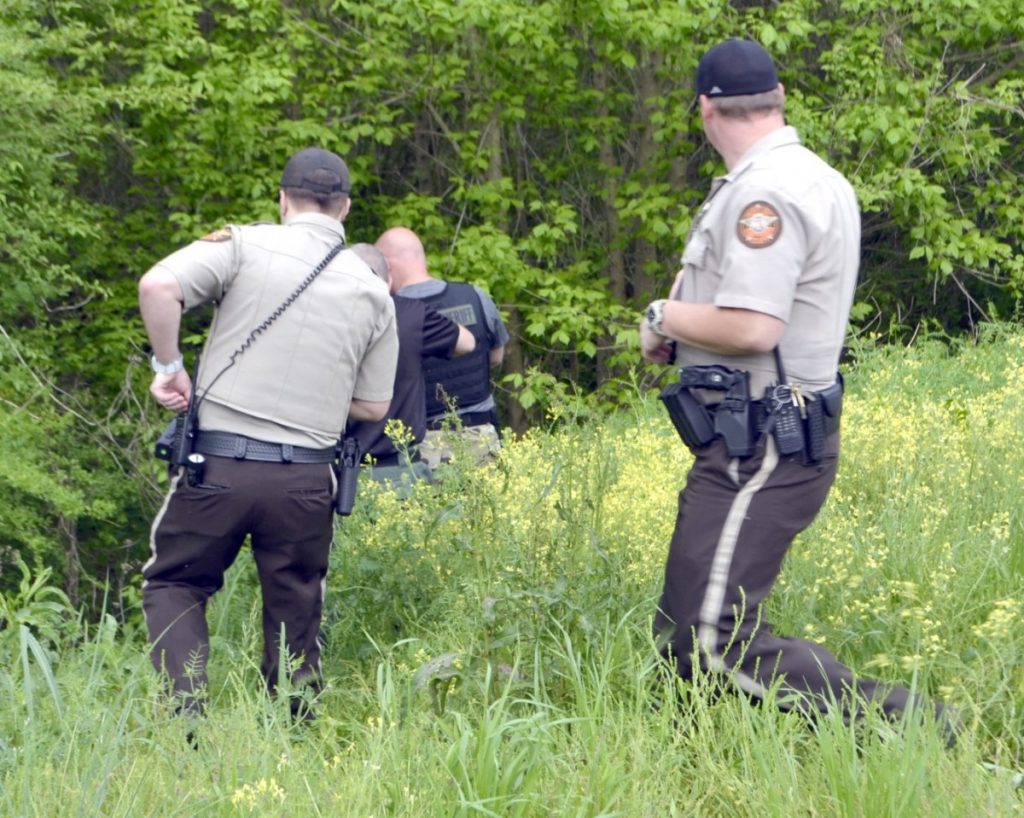 Deputies And Investigators Head Down To Creek To Search