Earlier this afternoon Georgia Gov. Brian Kemp signed legislation that originated with the voters of Chattooga County and its tax commissioner.

While Tax Commissioner Joy Hampton was campaigning in 2016, she heard several people wanting the option to pay their property taxes early.

“They wanted to be able to go ahead and pay toward their [upcoming] bill,” Hampton said.

After being elected, Hampton called the Georgia Department of Revenue to see if it was possible. All she wanted is to allow people to pay their upcoming taxes months ahead of time, if they wished.

“[The Department of Revenue] said I would have to change the law,” Hampton said.

The next year in office she started working on changing the law. She talked with Commissioner Jason Winters who pointed

her toward state officials to consult with on the project.

“The commissioner was helpful in getting me in touch with the right people,” Hampton said.

“The senator drafted the bill and sponsored it. The bill passed the senate and house unanimously,” Hampton said.

The bill was sent to the governor for his approval. Today during a special ceremony at Gordon Lee Memorial High School, Kemp signed the law. It goes into effect on July 1.

“Sen. Mullis said, here is the mastermind behind that,” Hampton said as the bill was being talked about at the ceremony.

The governor gave Hampton the pen he used to sign the bill into law.

Counties have the option of whether to offer the prepayment plan. If they want to allow citizens the option of paying early, they have to pass a resolution.

“We are probably the only county that is going to be doing it right now,” Hampton said.

Other counties may opt to allow prepayments once they complete a few legal requirements, Ha 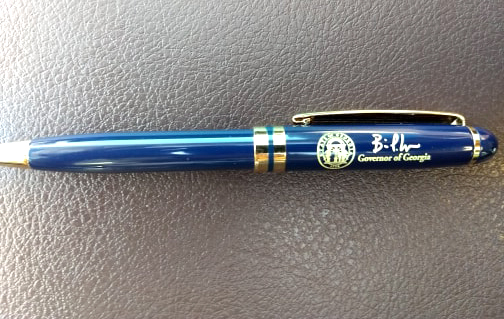 * Counties have to pass a resolution opting in.

* They have to create an escrow account to deposit prepayment funds.

“Such prepaid funds shall be maintained in a separate escrow account and shall not be expended except for payment of the taxpayer’s ad valorem tax liability,” according to the law. “To the extent that annual credits for prepaid taxes may exceed taxes 68 due in any particular year pursuant to annual assessments of the subject property, the 69 excess annual credit otherwise due that year shall be carried forward in the taxpayer’s 70 account and in no event shall the taxpayer or any other person be allowed to claim a refund 71 of any part of a prepayment.”

“No tax prepayment agreement authorized under this Code section shall become effective until the local government with the concurrence of the tax commissioner or tax collector has adopted a resolution authorizing such agreements and the subsequent execution of the prepayment of taxes agreement by the taxpayer, the tax commissioner or tax collector, and the local government,” the new law states. 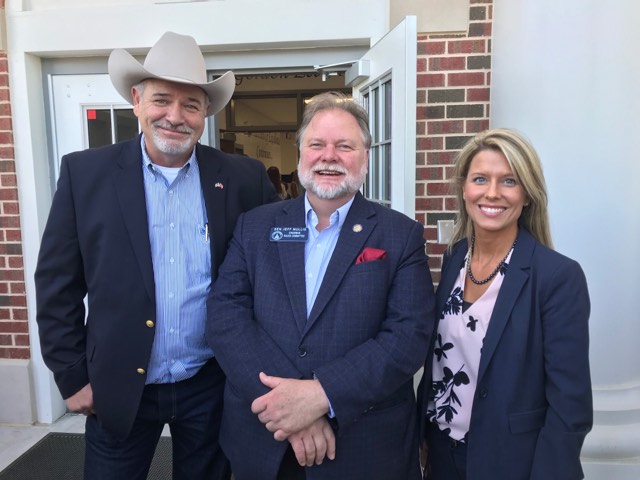