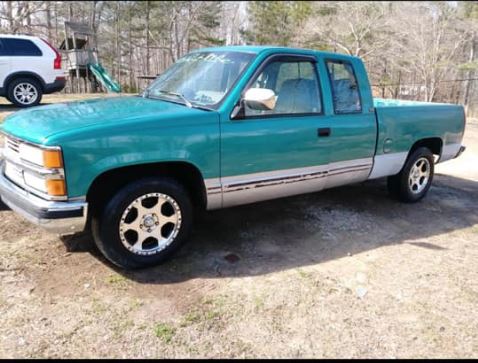 A Chattooga County couple is missing a truck after someone stole it during the early morning hours on Thursday, according to a sheriff’s reports.

The truck was stolen from the Brady family on Back Street and Reed Street near Trion. William Brady said his wife woke him up around 3:45 a.m. asking if he heard a truck crank up.

“Mr. Brady stated he waited 10 minutes before he got up to go check on the vehicle but when he opened the front door of the house he saw that his truck was gone,” Deputy Derek Mitchell stated.

“When I asked Mr. Brady if the keys were left inside the vehicle he stated that they were. The vehicl

e was parked on Reed Street in front of the house,” Deputy Mitchell reported.

The case has been turned over to a county investigator.