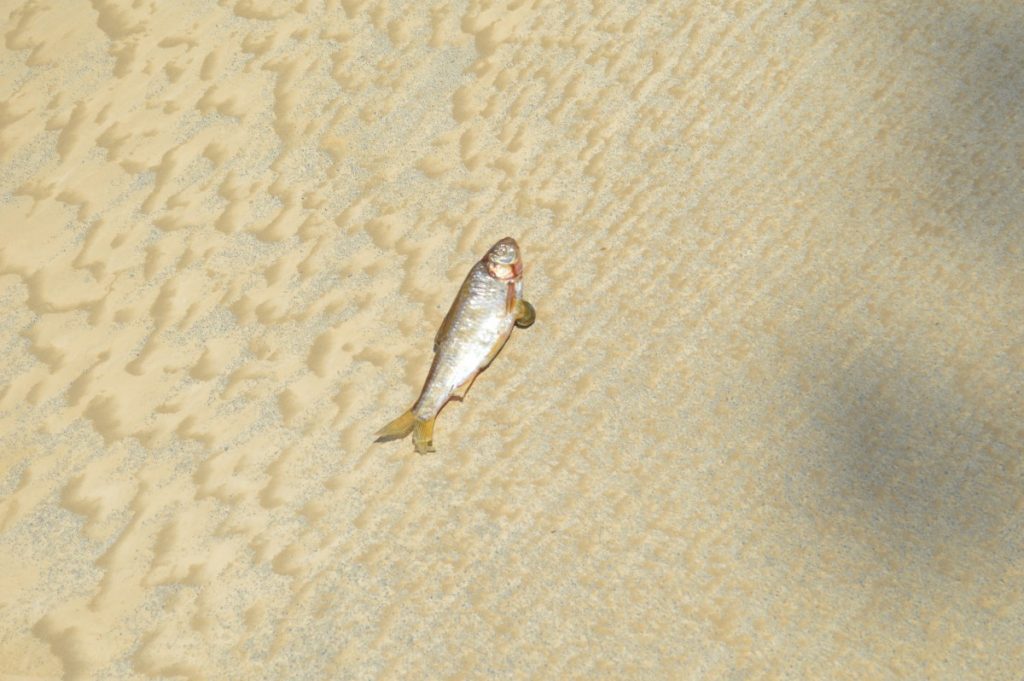 Small fishes washed into Dowdy Park after flash flooding struck Summerville Tuesday night. This fish was found on the concrete. Others were located near the walking track.

Dowdy Park was covered. Commerce Street in front of Subway was covered. Waters seeped into homes on Scoggins Street and one motorist was stranded during Tuesday night’s thunderstorm.

The storm stalled out of Summerville, Trion and Menlo around 10:45 p.m. and dumped nearly three inches of rain within an hour.

Aleigha Dennis was driving her 2013 Honda Accord on Highland Avenue when she encountered problems around 11:15 p.m. Around George’s Quick Service water had pooled to about 2-feet deep, according to a Summerville Police report.

“[Dennis] was attempting to traverse Highland Avenue in the flooded street and her vehicle stalled out and would not re-start,” Officer David Westbrooks stated.

LuAllen’s Wrecker Service was called to pull Dennis’ car from the floodwaters.

“[I] was unable to do a report at the time of the incident due to other high priority calls coming in about flooding and trees being down,” Officer Westbrooks stated.