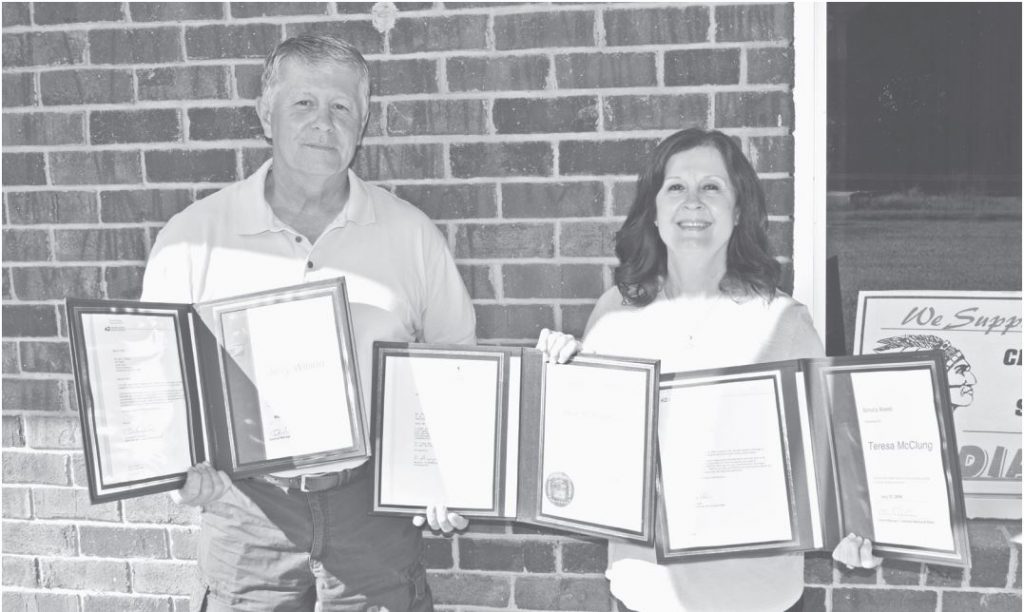 By GENE ESPY
Editor
Postal customers at the Summerville Post Office have seen a marked difference after the retirements of Jerry Wilson and Teresa McClung because both of their presences after 30 years are gone. The brother and sister joined their father, Eural Wilson, who also retired from the United States Post Office.
Teresa began work with the United States Post Office (USPS) on Sept. 27, 1987. She retired July 31, 2018. If she has stayed until September of that year, she would have had 32 years in service.
“I love retired life,” she added.
“I love retired life, I should have done it a long time ago,” Wilson said.
Her father got her started in the USPS.
“He encouraged me to go take the test and I did,” Mrs. McClung said.
Wilson said his story was the same as his sister’s; his dad encouraged him to seek a job with the USPS after initially recommending the military to his son.
The military wasn’t what he wanted. Wilson said there was not a lot of opportunity in Chattooga County for a USPS job so he had to wait. He began his career in the Dalton Post Office.
“I thought that I wouldn’t have to work all my life with the Postal Service, because after 30 years I could retire at an early age and we both did it,” Wilson explained. 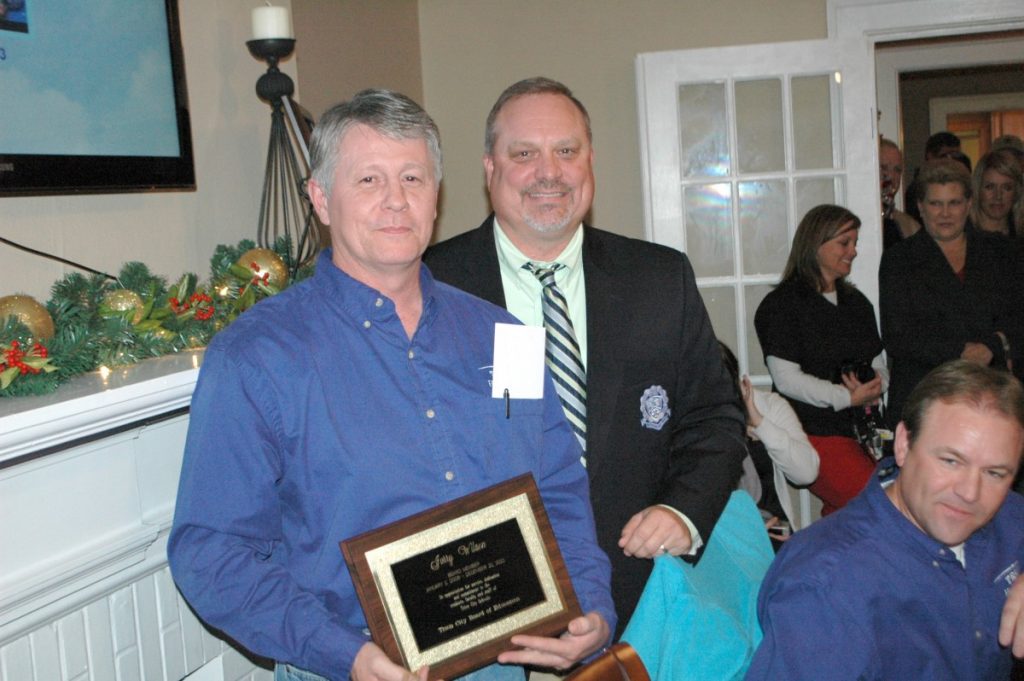 When Mrs. McClung began her career, she was on the 90-day probation period. When Leroy Johnson retired, he got his job here.
“Mine was you had to walk that route, case the mail, carry it and you got back in eight hours,” she said. “If you couldn’t do that in 90 days, you didn’t have a job.”
Her route was what they called City One, which was the old Leroy Johnson route, who had retired previously.
“He trained me,” Ms. McClung added.
“Leroy actually trained me, also,” Wilson said. “I got his job later.”
Instead of walking that route, Wilson drove a Jeep to deliver the mail.
When she actually began her job, she did a little bit of everything and she also learned the City Two route which was John Driver’s route. Then Harold Green trained her on the window.”
Mrs. McClung did both of the jobs – on the routes or at the window, wh

atever was needed, she said. They don’t do that anymore, you either work the route or you work the window.
“You are either a clerk or a carrier,” Wilson added. ‘I chose the carrier job.”
McClung said most of the time the customers that came to the window were always nice and friendly but, of course, you would have one or two that were having a bad day.
“Unfortunately, you may be the first person they see that day,” she added. “Overall, there are really, really good people here.”
The first Postmaster she worked for was Postmaster Bilbrew. The first Postmaster for Wilson was Glenn Martin in Dalton. He had been in Summerville first as Postmaster and then transferred to Dalton.
Jack Meers was Wilson’s first Postmaster in Summerville. 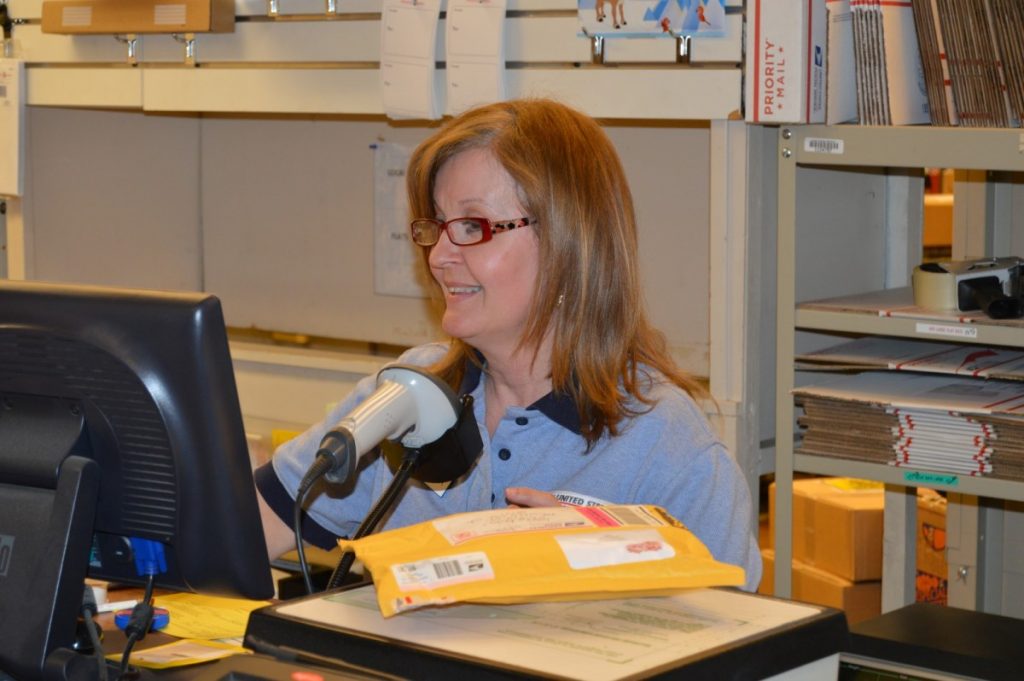 “When I stopped, the boy started running toward me,” Wilson continued. “He crawls up in the Jeep on my side, crawls over my lap and went straight to the cargo area and sat there with all the packages.”
He tried to talk with the boy, but he didn’t understand English. Wilson called his neighbor, thinking she spoke several languages and told her what the situation was. She tried to teach Wilson a little Spanish on the phone to ask him something simple but that did not go very well.
She told Wilson that the boy probably thought he was the ice cream man.
The police were called, and they found out that the boy lived a block over, and his parents were asleep.
“It all ended well,” Wilson added.
Twice on his route, Wilson explained there are people that always come out and get their mail when he delivers it religiously, every day. If they don’t, there is something wrong.
One time on Ramey Street, when he told a neighbor that a lady didn’t get her mail, she said that she would check on her. He came back the next day and found out that they had found the lady dead.
“A few years later, the same thing happened. A lady hadn’t pulled her garbage can back to her house,” Wilson said. “We called the Police and they found her dead. The strange thing was that house was right next door to the earlier one.”
“Mine were different because I worked inside, but you get to know people and if they don’t come, you worry about them,” Mrs. McClung said. “You wonder if they are alright or are they sick.”
She would ask people if they had seen so and so for a while and did they know anything about how they were.
Both of them said that if they had it to do over again, they would definitely work at the USPS again.
“I think that the biggest benefit of me working at the USPS was my wife was actually able to stay home and be a mother and a housewife,” Wilson said. “I saw what my mother did, working nine hours a day, raised five kids, cooked supper and breakfast every day, cleaned house, washed clothes and never missed an event that any of her kids were involved. So, all her adult life, she worked basically at least 16 hours a day. I know a lot of women that have to do that same role. To this day I am amazed that my mother was able to do all of that.”
Their mother was Dot Wilson.
“Starting to work at the post office was one of the hardest jobs I ever had,” Mrs. McClung said. “Putting the bag on my shoulder, delivering packages, carrying the mail, starting at the post office, going up one side of town and then come back. ‘I can remember my daddy saying ‘you can do anything that anybody else can do. If you set your mind to it, you can do it.’ Honestly, that is what got me through.”
She said she knew she had a good job.
“They may have to come pick me up off the street, but I am not going to quit,” she added. “There were days when it was 100 degrees and I could feel the heat coming off the pavement. I remember thinking, I am going to be an old lady real quick.”
She was a carrier for two years before she got a clerk job inside the post office.
“I was the happiest person in the world when they told me I had the job on the inside,” Mrs. McClung said.
Wilson said he had a choice. He and another employee, also named Jerry Wilson, were up for two jobs, one a carrier and one on the inside. Because he had seniority, Wilson took the carrier job and hasn’t regretted it. The other Jerry Wilson actually wanted the inside job, so it worked out well.
“I really liked the outside part,” he added. 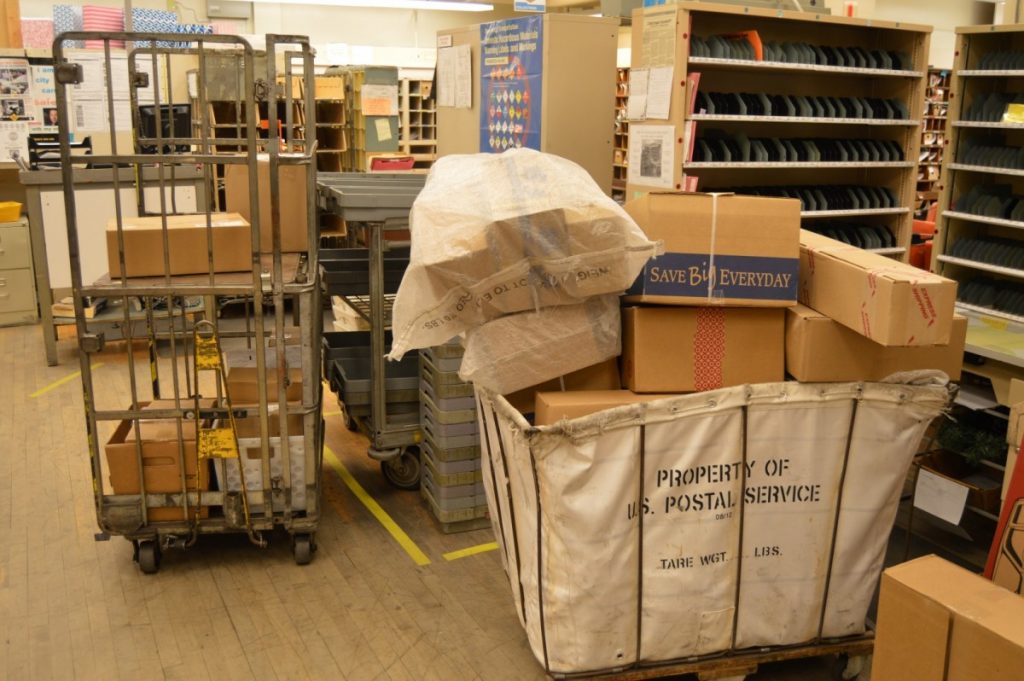 “I had Teresa’s exact route,” although I was in the Jeep eight hours and she did the route in eight hours of walking,” Wilson said laughing. “They did add more to the route, however.”
When Teresa was on the route, the carriers had to case every letter, where now the mail had been worked on by computer. When it gets to the office, all of his mail was already cased and lined up in a tray. He just had to take it and put it in the Jeep and deliver it.”
“She had to walk on the hot pavement. AlI I had to do was put up with the heat in the vehicles that were called ‘Easy Bake Ovens’ which were so hot, but nothing compared to the heat coming off the pavement while walking.”
Wilson said they used to take the post office test wherever it was available – Chattanooga, Dalton and out of the district.
“The first time I ever took the test in Chattanooga, the guy that was ‘Chief Noc-A-Homa’ was taking the test.” 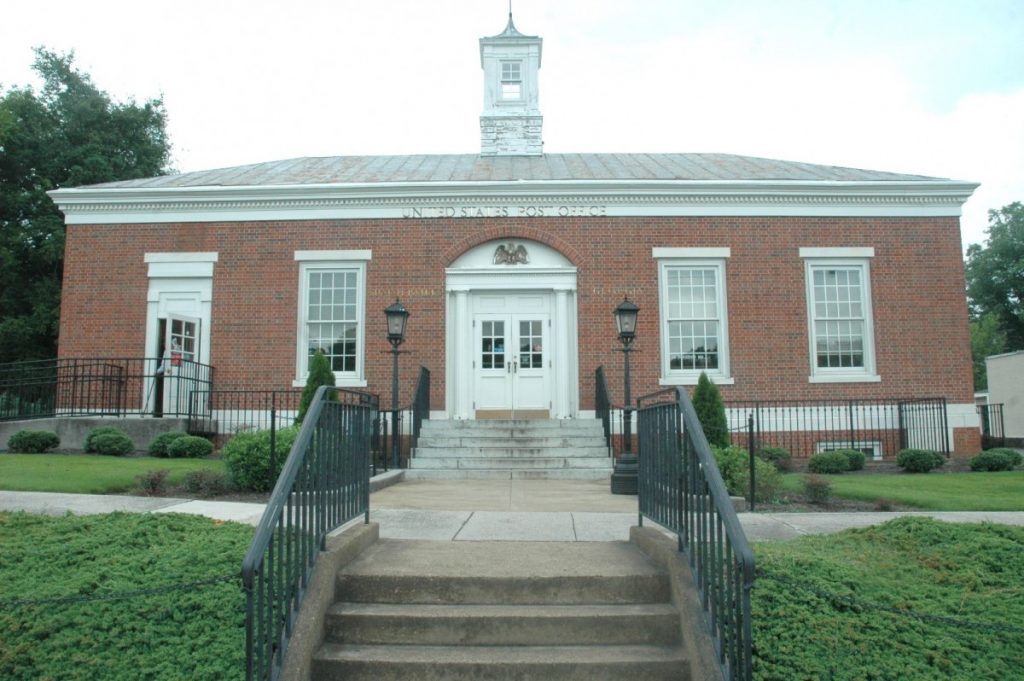