More details are emerging on Sunday’s police chase that ended with the Georgia State Patrol performing a vehicle maneuver to stop the suspect’s car on Hwy. 27.
The call originated in Floyd County when family members asked cops to check the mental wellbeing of a female who was driving a green 2011 Subaru Outback. Two Floyd County Police officers spotted the vehicle and attempted to make contact.
“She hit their car and that’s when they called us,” Georgia State Patrolman Doug Shamblin said.
Chattooga Sheriff Mark Schrader said he was heading to Rome when the chase started.
“We passed them near the county line,” the sheriff said.
Learning of the mental state of the driver and seeing how she was driving, the sheriff called for his deputies to stop the Subaru before it reached a populated area — like Summerville.
Corporal Deputy Nicole Sprague was nearby and quickly positioned herself near the Gore Fire Hall. She grabbed her spike strips and waiting to deflate the Subaru’s tires.
“She ended up making contact. Twelves spikes went into three of the four tires,” Sheriff Schrader said. “That was a good deployment and it deflated her tires pretty quickly.”
Cops said pieces of the suspect’s tires began to break apart and fall off her car. This helped to slow the chase.
“Deputy Sprague threw the stop sticks out in a clear, open space and at a good time when traffic wasn’t bad,” Shamblin praised the deputy.
The fleeing driver stopped near the two gasoline stations in Gore, Trooper Shamblin said.
“We got out to arrest her but she would not unlock the doors,” the trooper said. “It did appear that she was experiencing some kind of mental distress.”
Suddenly the driver bolted again. During the next phase of the chase, she struck Trooper Dexter Mitchell’s patrol car. This made at least two vehicles she struck. So the decision was made to use a “pit” maneuver which makes contact with a fleeing suspect’s vehicle and forces it off the roadway. Troopers were able to stop the suspect at the bottom of the southside of Taylor Ridge, according to Trooper Shamblin.
The Subaru crashed into a ditch. Even while off on the roadside, the driver tried fleeing again and cops used their vehicles to block her escape.
“Luckily no one was run over. . .We are going to have charges on her along with Floyd County,” Trooper Shamblin said.

The driver’s name and charges have not been released yet. 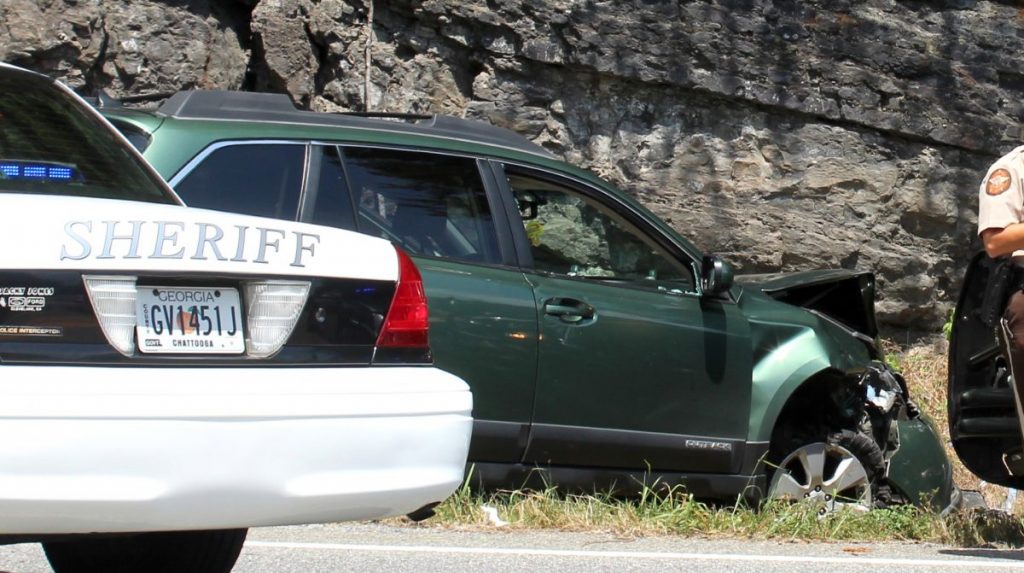 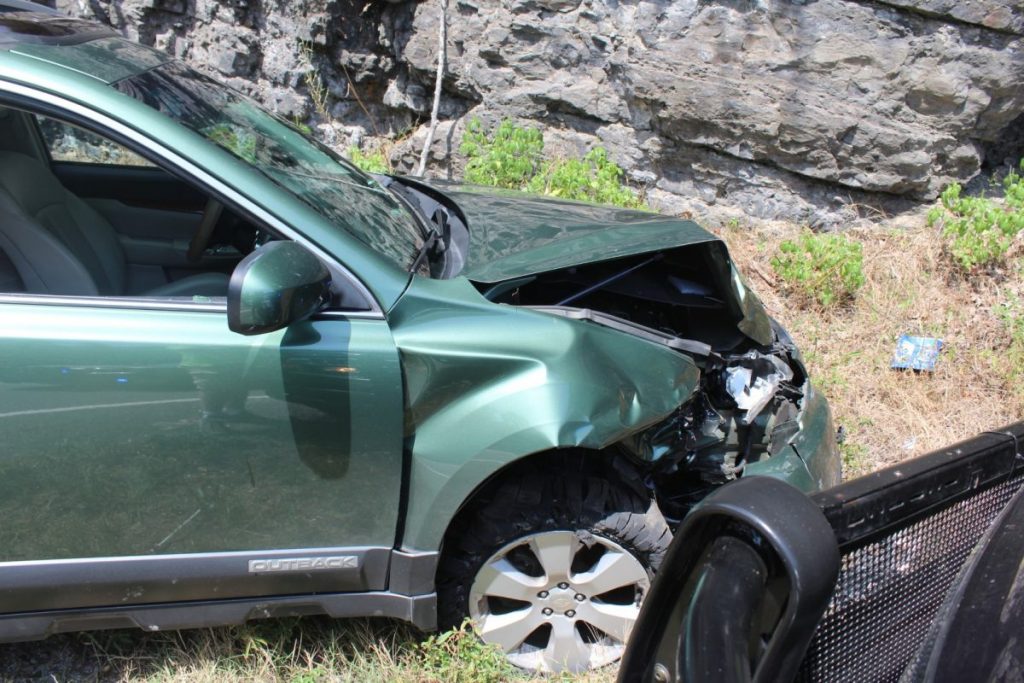 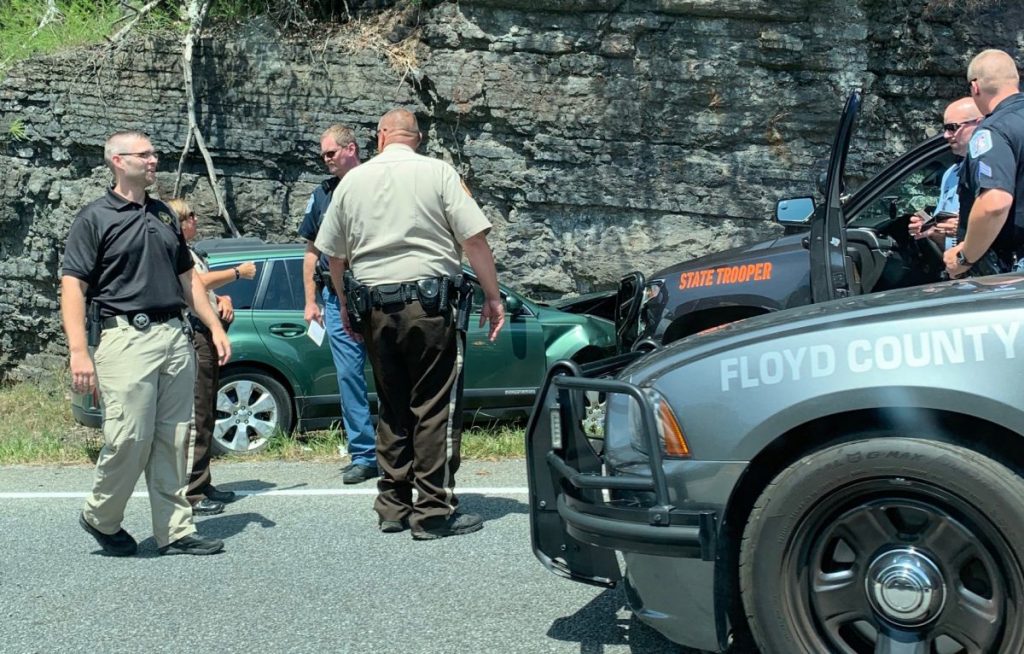 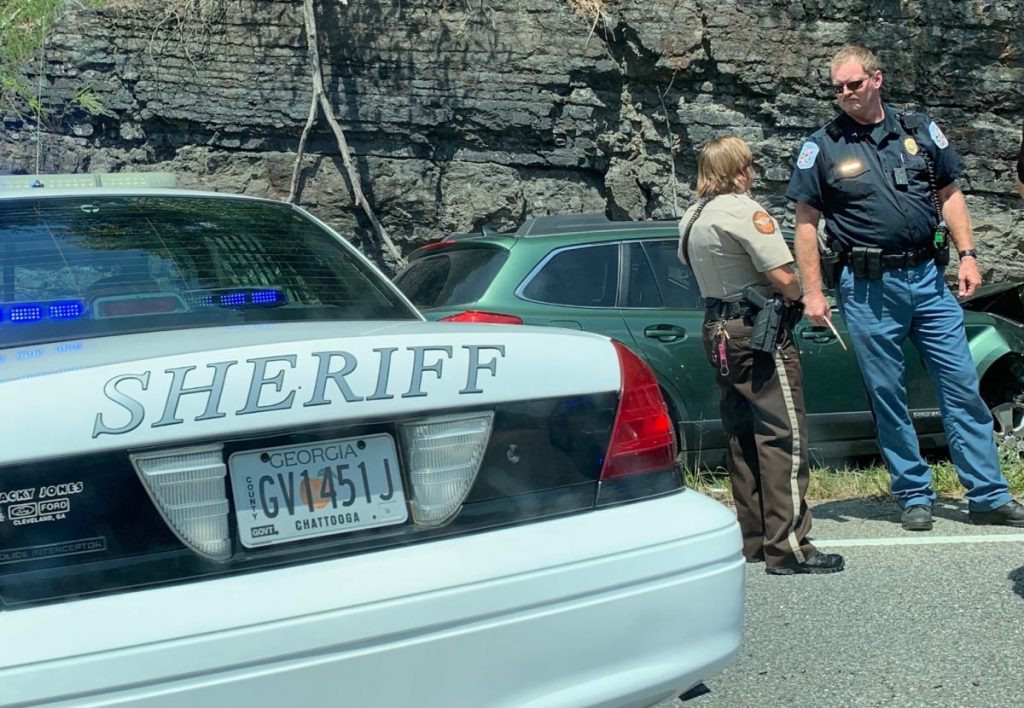 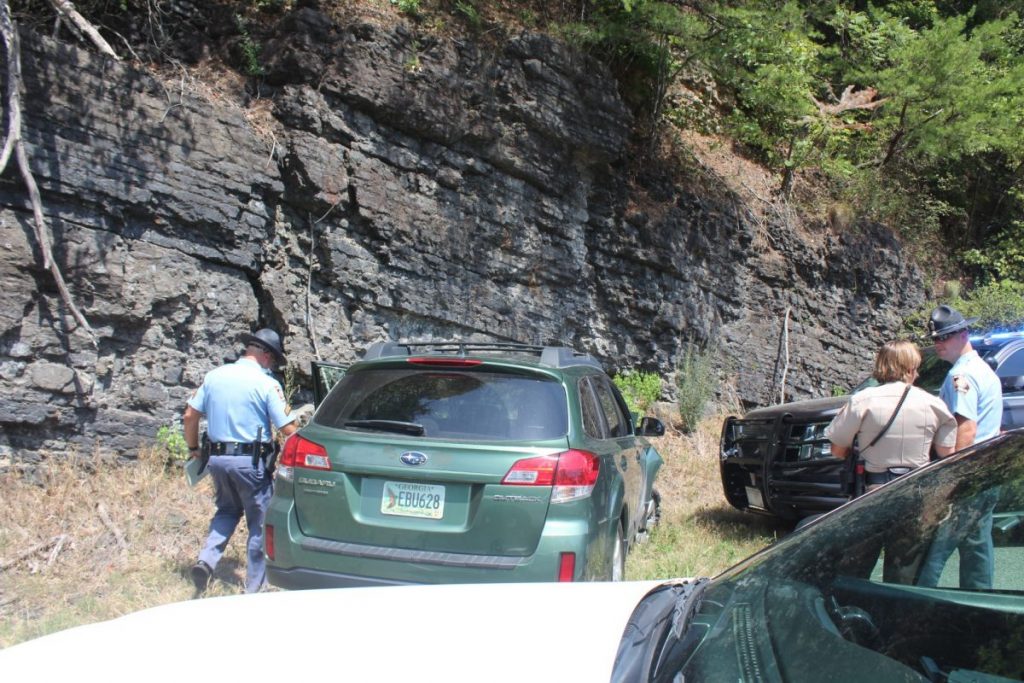 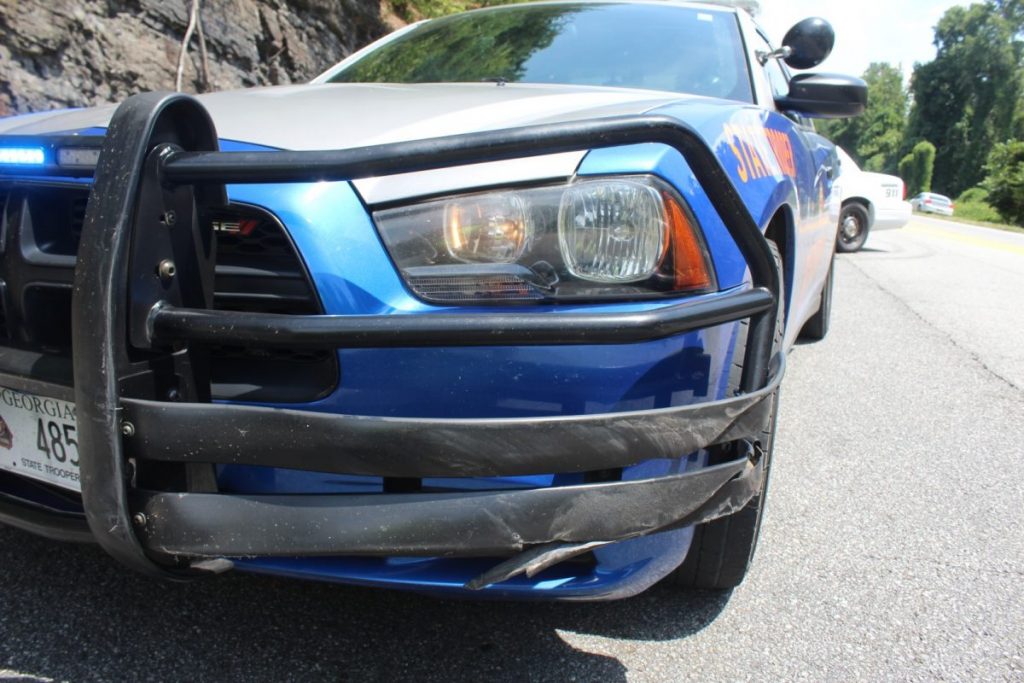 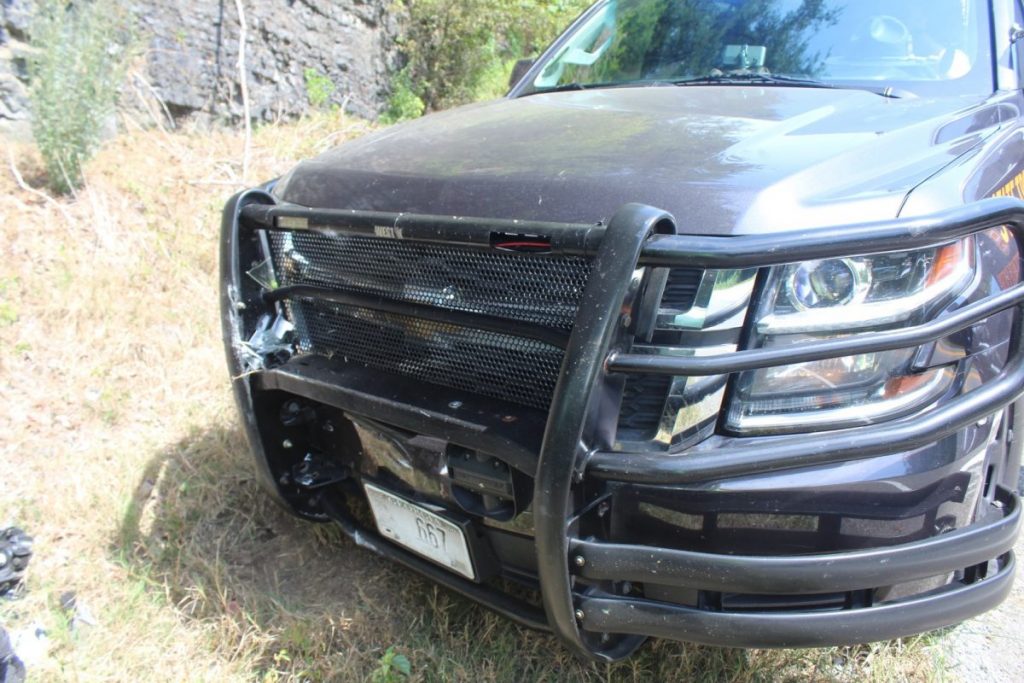