(Update: 2:15 p.m. Local and regional law enforcement are looking for a silver 2003 Honda Civic that is possibly connected with this morning’s shooting. It’s possibly missing from the residence where the shooting took place. The license plate number is RMR8244)

From Chattooga County Schools Superintendent Jared Hosmer: “After speaking with Sheriff Mark Schrader, the District will make contact with the parents of students that ride Bus 64 and Bus 85 and live in the area between Wiggins Road and Hwy. 100 and between Holland-Chattoogaville Road and the Floyd County line on Hwy. 100 to ensure that someone is at home before we let students off the bus. We will also contact the parents of any high school age student in that same area that may drive themselves to school. After school activities will proceed as normal. We will have SROs on site for coverage of the afternoon activities.”

(Update 1:15 p.m.) Investigators are looking for a possible suspect involved in this morning’s shooting that killed two people and injured another.

Dispatchers at E-911 received a call at 8:01 a.m. that a shooting had occurred at a residence on Hwy. 100 near the Chattooga and Floyd county line. After arriving, they found two people dead and another shot. The injured man was transported by ambulance to a hospital in Floyd County.

A person of interest is being sought for questioning, according to Chattooga County Sheriff Mark Schrader.

“At this point, we have reason to believe there may be another person involved that was not on the scene when we first arrived. We aren’t sure if that person may have left on foot or in a vehicle. Will update when possible,” Sheriff Schrader said.

10:55 am update: From Sheriff Mark Schrader:

“At this point, we have reason to believe there may be another person involved that was not on the scene when we arrived. We aren’t sure if that person may have left on foot or in a vehicle. Will update when possible.”

Investigators are searching large commercial chicken houses on Hwy  100 near the county line.

“We are still processing details and working on the situation. We can confirm two people are deceased and one has been transported to an area hospital. We will update when we can. Please push out for everyone in the area to use caution if the see anyone on foot. At this time we are unsure if there are additional persons involved.”

9 am update: Redmond EMS county Director Herbert Dodd is on the scene and going up to the residence.  Chattooga County Sheriff’s officials have put up police tape at the driveway. 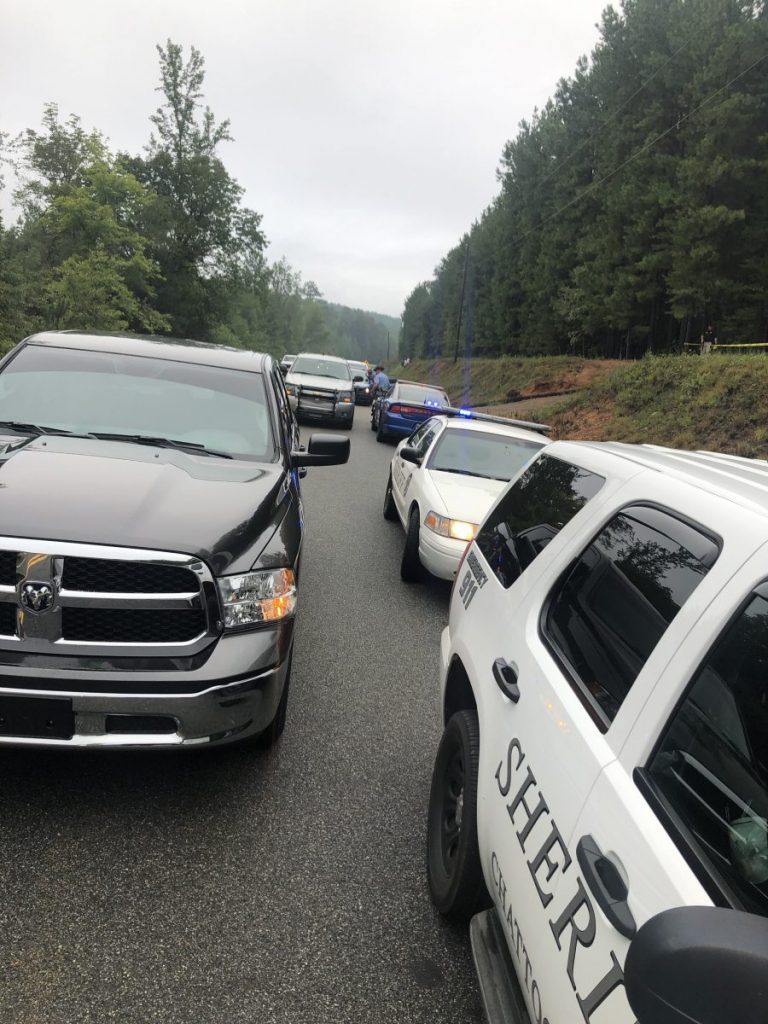 Two people have been reportedly shot at a residence on Highway 100 this morning. Another person has been taken to the hospital by ambulance

Watch for traffic on Hwy. 100 due to one lane being closed.