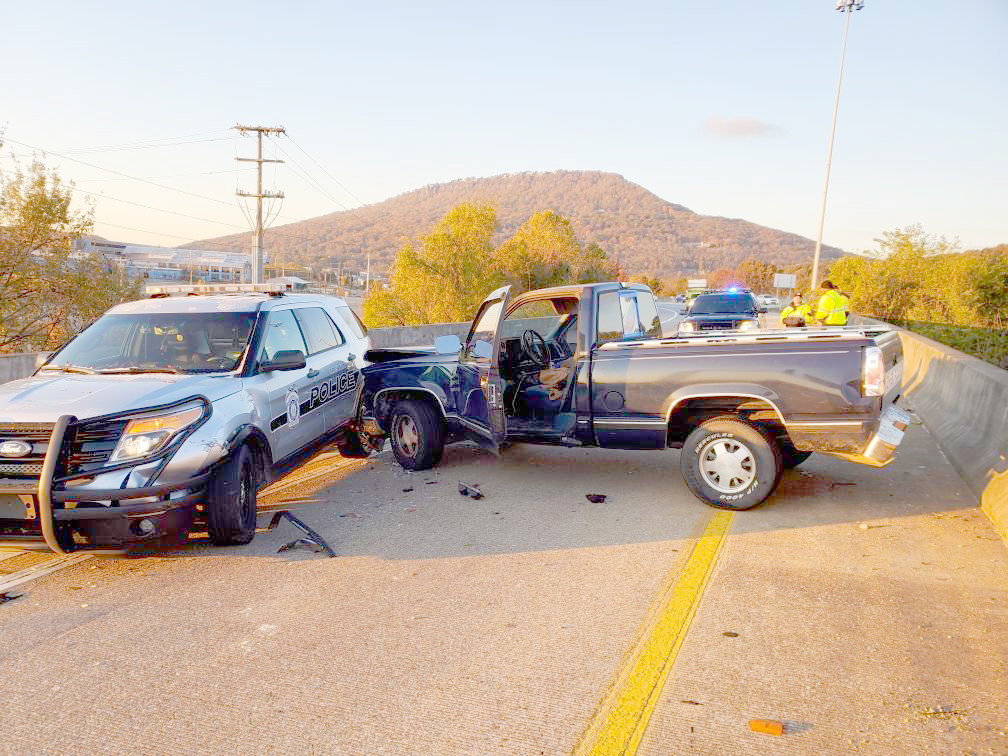 A Summerville man is in a Chattanooga hospital after fleeing from a Trenton Police officer Wednesday morning.

A Trenton Police Department cop spotted a blue 1989 Chevrolet truck on a side street and thought it was a suspicious. A suspect immediately fled in the truck, which turned out to be stolen from Summerville.

The Trenton police officer finally got the driver to stop after a crash involving the truck and patrol car. The officer was fine but the suspect, 39-year-old Curtis Joshua Ragsdale, was taken to an area hospital.

“We have warrants on Ragsdale and the Trenton Police Department will have charges,” Det. Hutchins said.

Ragsdale narrowly escaped being caught stealing the truck from Corner Garage in Summerville on Halloween.

taillights. Ragsdale said he was doing some work on the vehicle for the owner.

“The type of work Ragsdale specified to me that he was performing was air conditioning work. I did observe a bottle of Freon in the passenger seat of the vehicle which was consistent with Ragsdale statement,” Deputy Fielding stated.

The driver also indicated he worked for Corner Garage and confessed he’s been caught twice for stealing vehicles.

The deputy then attempted to call the truck’s owner. Then the deputy asked another deputy to travel to Wildlife Lake Road and talk with the owner. The other deputy could not find the owner.

The next day, Corner Garage owner David Fletcher called cops after noticing a blue Chevrolet C-1500 missing from the lot. It belonged to Richard Herrod.

“[Fletcher] states that the vehicle had just been repaired by his shop and was ready for the owner, Richard Herrod, to pick it up. [Fletcher] still holds the key to the vehicle. Visible tire marks were shown in the grass area showing the direction of the vehicle’s exit,” Officer Phillip Cox stated.

In Summerville, Ragsdale is charged with illegally entering an automobile and theft by taking, according to Det. Hutchins.