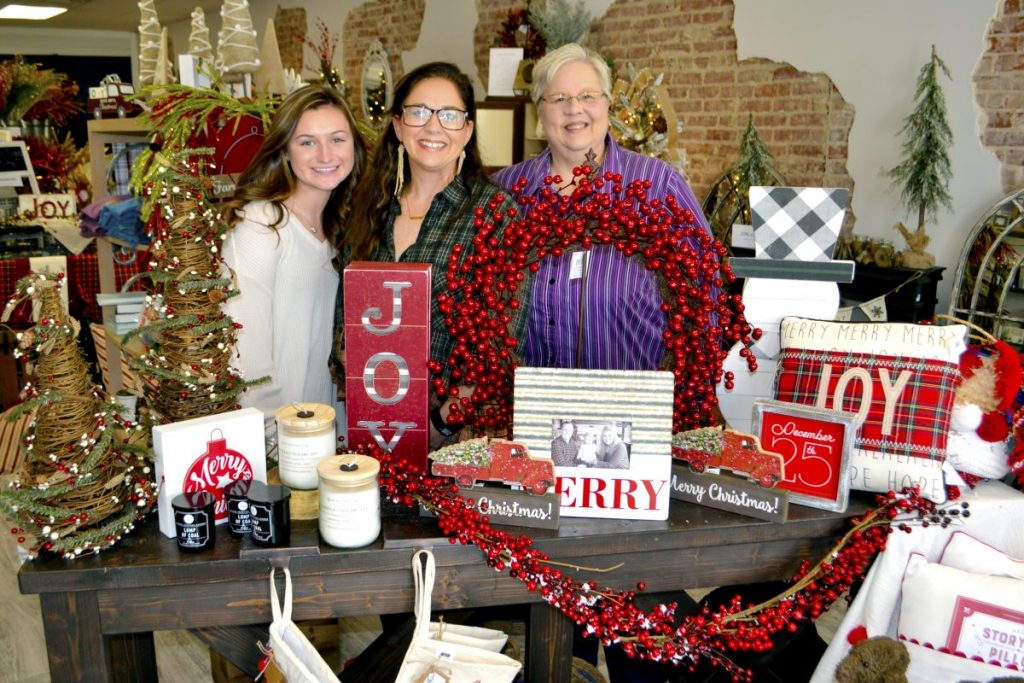 The last half of 2019 continues to bring changes to downtown Summerville, including the sale of Jefferson’s Restaurant.
Those changes include facelifts to several downtown buildings, the addition of a new restaurant and salon and a redesigned East Washington Street corridor.
But the changes will continue into the new year as new business owners look to open shop.
One change is Patti and Jim Grindstaff, owners of Jefferson’s Restaurant, sold the business. Beth Kingsolver, 32, of Summerville, tookownership earlier this month.

“It was something that Todd (husband) and I already talked about doing. Jefferson’s is a big part of our story. It is where we met,” Kingsolver said.
The Grindstaffs opened the franchise eight years ago. Since then the restaurant has flourished with them adding the Georgia Room, adjacent space to accommodate larger crowds.
“Patti has done a great job for the last eight years,” Beth said. “For right now, we are going to keep things pretty much like they are.”
Beth has plenty of experience with the franchise. It was started by Jeff Webb and Shawn McCooley in Jacksonville, Ala. – two Jacksonville State University students.
“I worked directly under Jeff,” Beth said about her first long-term job with Jefferson’s in downtown Rome. She was 18-years old then.
It was at that Jefferson’s in Floyd County where she met her husband, who was a regular at the restaurant. His job relocated him to Floyd County in 2011 and Jefferson’s became a place to meet others.
“He didn’t know anybody,” Beth said.
Todd quickly became friends with several of the workers at Jefferson’s in Rome. Those friendships eventually led to a relationship.
After marrying in 2012, the Kingsolvers soon had children. They now have four children ranging from ages 2-11 years old. 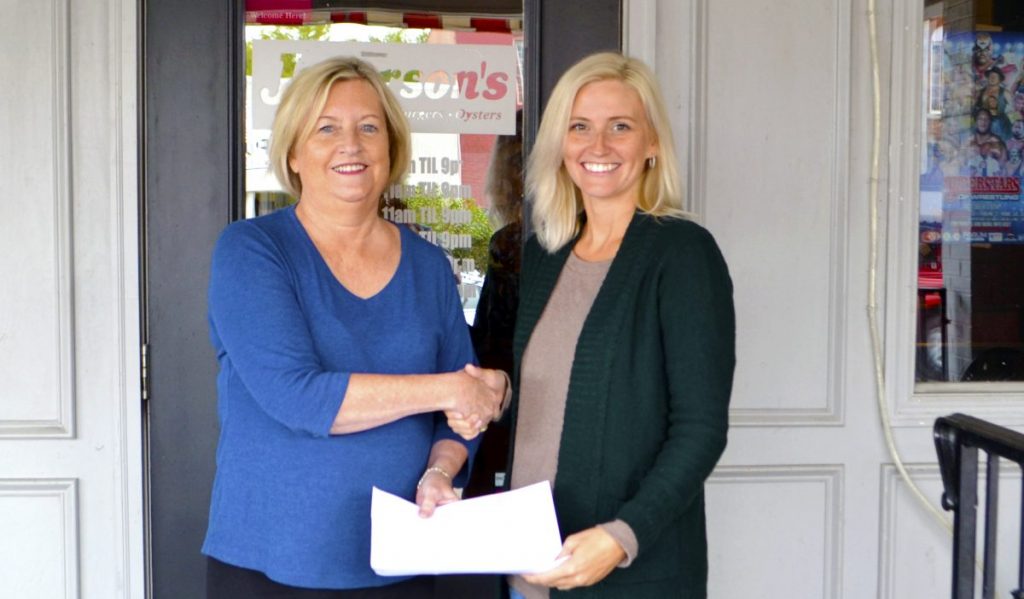 As the children got older, the Kingsolvers started talking about a fulltime job for Beth.
“Then Patti called like mid-conversation,” Beth said.
The two started talking about buying and selling the restaurant.
“Todd and I are firm believers that if it’s meant to be, it will happen easily,” Beth said. “All the sudden it was put in our laps. I felt like God was leading us to do it.”
She doesn’t plan to make a lot of changes. One exception is the restaurant will open on Sundays, which is more of a franchise decision rather than the local operator’s.
“We plan to really make good use of the Georgia Room too,” Beth said.
They want to advertise and attract Christmas parties and other civic organizations to host events in their Georgia room.
“Jefferson’s is known for their wings. . . I’m also a big fan of the buffalo chicken salad,” Beth said. “We are planning on building off what Patti already has built.”
Across the street from Jefferson’s, another change took place during the last half of the year.
Thatcher’s Barbecue and Grill opened for business in July. The restaurant is open Tuesday through Saturday. Summerville makes the fifth location for the Thatcher family-owned franchise.
Just down the street, at 10101 Commerce Street, Leigha Cannon opened The Room Beauty Bar in early July. It’s a full-service beauty bar that features spray tans, massage therapy, plasma fibroblast, an alternative to invasive surgical procedures and skincare service.
The biggest change in appearance to the downtown is the renovations at Travis Money Antique Action, at 9987 Commerce Street. Local resident David Parker owns the building and hired contractor Rex Evans to renovate the front of the building. The old grey metal façade was replaced with a brick exterior.
Across the street, Summerville Attorney John Dennis is remodeling the former Bill Hyden law office. The roof has been repaired and the front windows and more have been replaced.
That’s not the only addition coming to town. Dennis’s wife, Kristy, recently purchased a storefront at 45 East Washington Street.
“We are investing in the community,” Mrs. Dennis said.
She would not elaborate on the plans for the new business.
“I want it to be a surprise for a lot of people,” Mrs. Dennis said. “The anticipated opening date is Fall 2020.”
Another business that opened mid-November is called Dirt Design and Decor – a store that carries a variety of home décor options. It’s located at 10034 Commerce Street (next to Ga-Ga’s Boutique). It’s operated by Heather Herring Casey.
“Through many doors opened, the first thing we want to bring to Summerville is DIRT. We hope you come to DIRT to be inspired to design, transform, or renew spaces in your life. A place where you can create a home you never want to leave, just as we have done. We love the vision behind DIRT and we hope you love it just as much,” according to a social media post by Casey.

Dirt has a wide range of decor, candles and gifts.