Thousands of Christmas lights burned again at Marvin H. and Mattie Hunter’s home at 340 Alexander Street in Summerville.
On Thanksgiving Day, the Hunters turned on their Christmas lights and decorations.

Many locals growing up in the 1990s may remember the twinkling roadside tradition. It became an annual trek down Alexander and Roberts Streets to catch a glimpse of the multicolor glow. For many locals, it was a beacon that Christmas was approaching.
The tradition dates back to 1986. It started when  their daughter, Fran, taped up Christmas lights insider her bedroom window.
Each year the lights slowly started spreading across the Hunters’ 1.5-acre lot. The biggest growth spurt happened in 1993 when the yard had 69,500 lights, up 50,000 from the previous year. It continued to climb into the six-digit range until tragedy struck.
The Hunters’ 19-year-old grandson, Kevin, died in November 2006 from injuries received in an automobile accident. The Christmas lights did not come on that or the following year.
Then complications from Marvin’s 2010 hip surgery prevented the displays being put back up until 2014.
The Hunters credit God for bringing back the lights. Marvin, who is 82, was having eye troubles and that kept him from putting them up for a few years. But the wife told people last night that God healed Marvin’s eyesight and now he can see. That’s what prompted the lights coming back on this year. Now Marvin spends most of the day connecting lights and hauling cords around the property to spread the Christmas cheer.
Mr. Hunter retired from Coosa Valley Contractors in Rome in 1997. Mrs. Hunter is now retired after many years working at the Lyerly Mohawk plant.
Mrs. Hunter put on her Christmas attire last night and waved at passing motorists -sharing the merrier celebration of lights.
The lights come on around 6 p.m. most days, except Sundays and Wednesdays. Those are reserved for church, their daughter said. If it’s raining, the lights won’t come on those days either.
Over the years the Hunters had attracted a fan base. Visitors have come from Atlanta, Macon, Rockmart and Carrollton, the Hunters said. Many bring cameras and cellphones.
To reach the Hunter home, take Highway 48 from Summerville and turn right at Martin Street. Take the second left on Alexander Street and when the road ends, the Hunters are on the right. 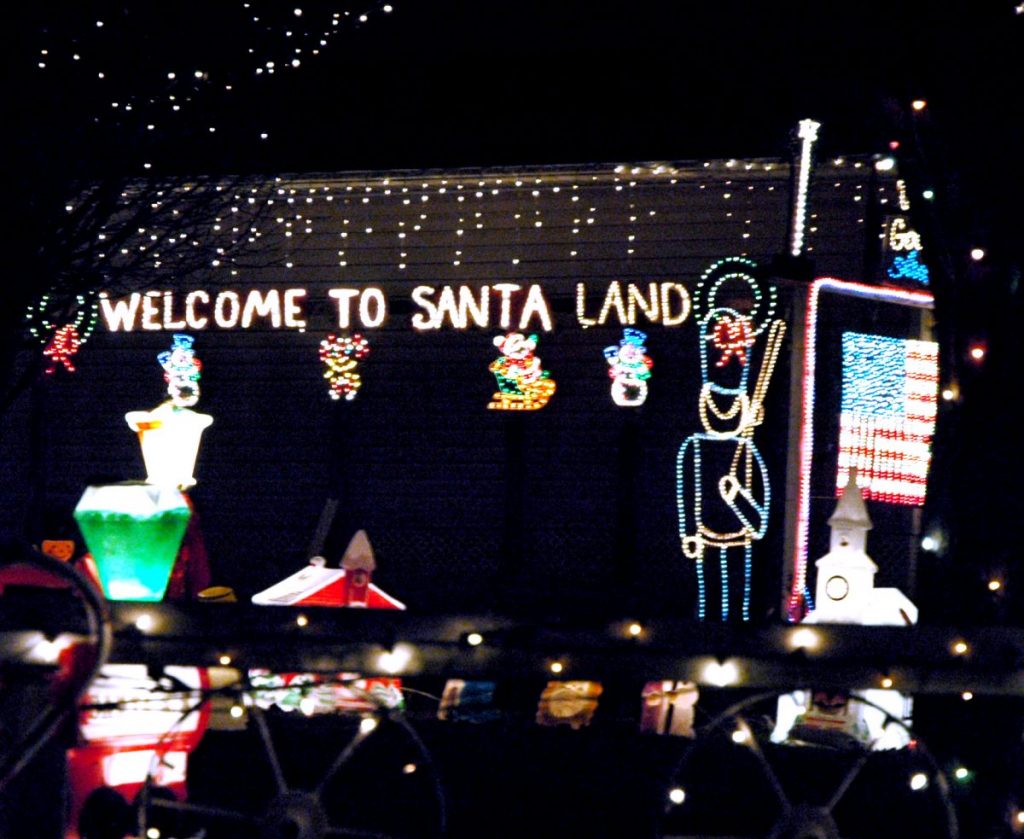