Mount Vernon Mills announced today that it will restructure some of its operations in Trion that will affect up to 100 employees.

Some workers will be laid off and others will be relocated to other departments within the mill, according to Denim Mill Manager Randy Henderson.

“Mount Vernon Mills Inc.,  regretfully announces the decision to phase out all operations of only the yarn mill (including cotton receiving and carding through spinning) at its Trion Denim Mill. Job eliminations will begin in about 30 days,” according to an announcement.

“We are adding jobs in other parts of the mill,” Henderson said.

(See this week’s print edition of The Summerville News.)

The layoff announcement comes days after Mount Vernon said it would close its Alto plant in March. That closing in northeast Georgia will affect 600 employees. 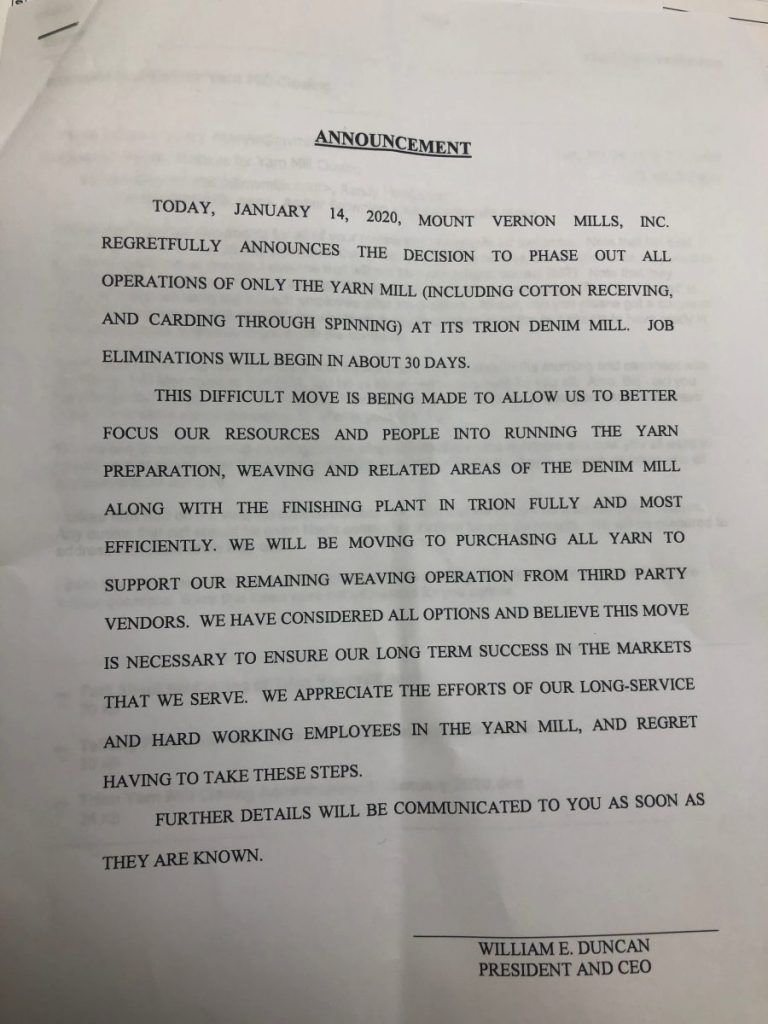