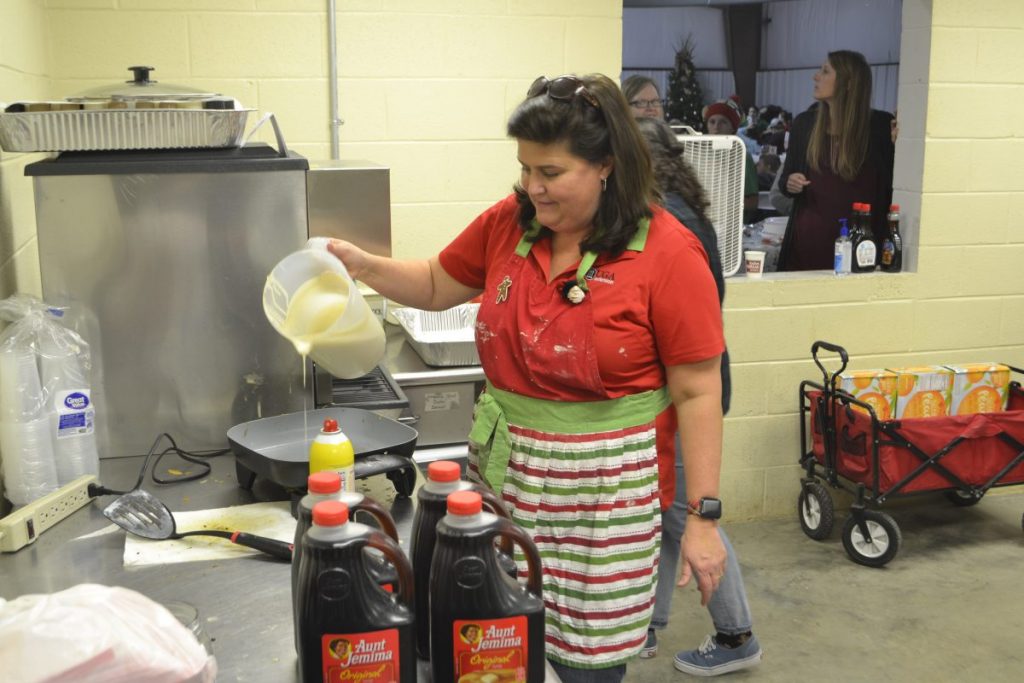 TRYING TO SERVE UP PANCAKES FOR 250 PEOPLE.  Rebecca Thomas Used Small Gridle For Such A Large Task 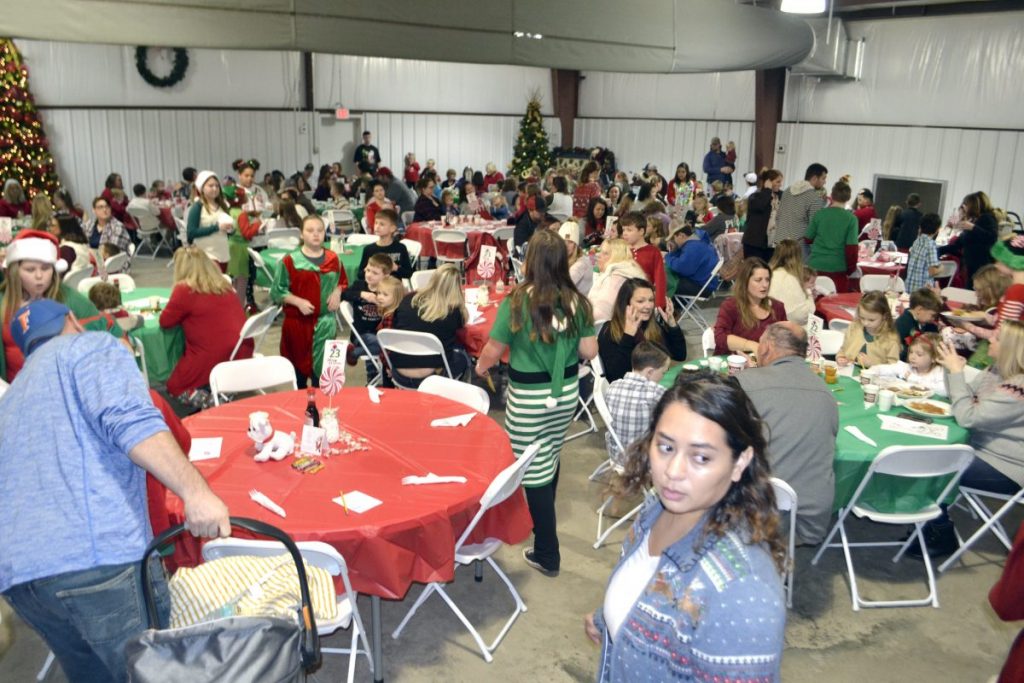 Expanding the Agricultural Center’s kitchen area, working on the courthouse exterior and moving some offices around are part of this year’s Chattooga County budget.
In December, the Chattooga 4-H held its Breakfast with Santa program and about 250 guests showed up. Volunteers had to work on small makeshift griddles to make pancakes, sausage and other items for those in attendance.
The county also plans to spend $50,000 more on the Chattooga County Agricultural Center.
Part of the money will help provide a better kitchen area. Although there is a small kitchen area now, it’s not commercial grade and won’t effectively accommodate large crowds. The county has some commercial stoves/grills and wants to install them. The county will need to install a vent hood.
Providing law enforcement services to county residents and making repairs to the courthouse forced a 3.6-percent increase in the budget, according to Chattooga County Commissioner Jason Winters.
The biggest increase is the sheriff’s department and jail. Sheriff Mark Schrader’s budget is increasing by $537,371, according to county records.
The commissioner said these increases should not be surprising. All of these expenses were detailed in the property tax hearings earlier this year.

The higher jail and sheriff’s office number is being driven by higher salaries and housing inmates in other county jails.
Providing county law enforcement services will cost local taxpayers $4.4 million in 2020, according to the proposed budget. That’s not including the cost of prosecuting criminal cases.
The 2019 county budget was $14,259,274 and the 2020 budget is $14,773,274.
The county will also spend about $125,000 more this year on courthouse renovations.
About $75,000 is earmarked for repairing a water leak that damaged the clerk of court’s deed room. The commissioner is rearranging some of the offices in the courthouse to prevent future water pipe ruptures into the deed room.
The commissioner also budgeted $25,000 for the replacement of some heating and air conditioning units.
Workers will also begin cleaning the outside of the courthouse –starting at the top with the copula. They will work to remove pigeons and their waste in order to paint the dome. He’s budgeting about $25,000 for painting, cleaning and other repairs.
The county’s insurance company will pay for some of the damages to the courthouse. The insurance company, however, won’t pay for switching the upstairs offices to prevent leaks above the deed room, Winters said.
The probate court’s budget will also increase by $51,534. That higher number is the result of upcoming elections. The county could see up to six elections next year, depending on if there are runoffs.
The state is also introducing new election equipment in 2020 and Winters is expecting some extra expenses in educating poll workers.
The state is doing a $10,000-$15,000 grant through the Secretary of State to help with some of those costs, Winters said.
The county is looking to replace or repair two small bridges possibly. Winters said his Public Works Director, Joe Reed, wants extra funding in 2020 to re-stripe and paint several roads to improve safety for travelers.
The county also budgeted $100,000 more for a water line replacement in the Mountain View community near Trion. The county was awarded a $750,000 grant to replace lines in that area.