Picture of the Kingsolver family hangs over fireplace in the formal living room.

The 117-year-old home sitting on the north end of Commerce Street is not only packed with splendor, but it also contains an underground tunnel.
The 4,100-plus square-foot home is located at 10235 Commerce Street. Some people call it the Selman house. Some recall it being the home of the late Summerville Attorney and his wife, Ed and Vanita Surles.
But for Beth and Todd Kingsolver and their four children, they call it home.
“I love this house so much,” Beth said.
The Kingsolvers lived in Subligna and worried if the city life would be too noisy. To their surprise, the house is constructed in such a way, with thick walls, that noise of motorists on Highway 27 is rather quiet from inside the home. 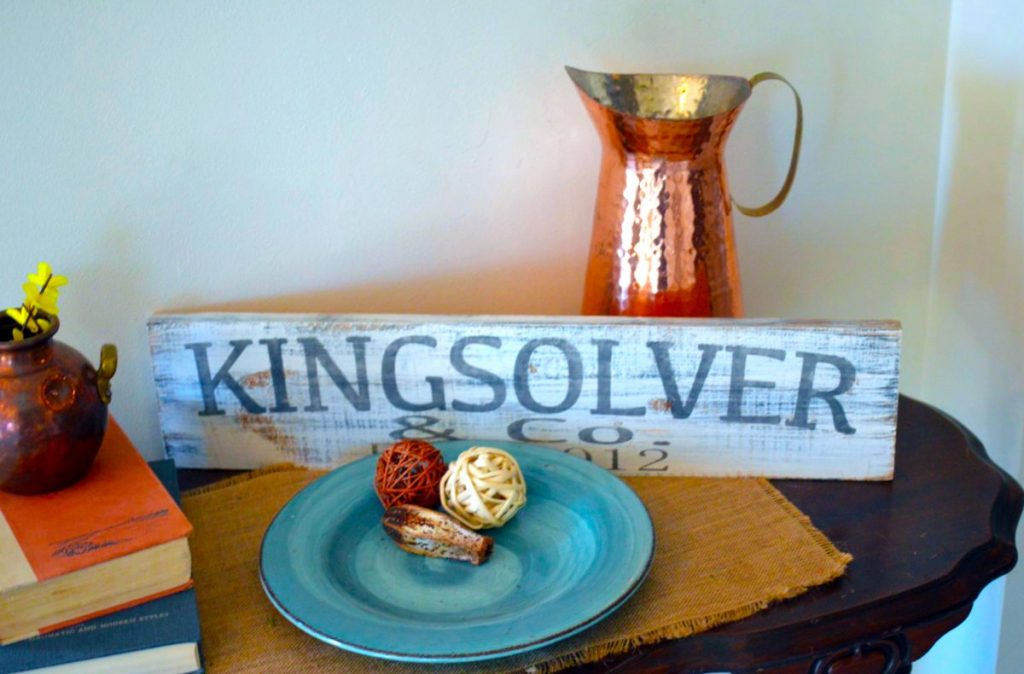 “I slept like a baby the first night we moved in. I was just so happy to be here. . . This house is so solid; you don’t hear anything on the outside,” Beth said.
The house includes seven bedrooms and four bathrooms. The Kingsolvers have condensed two of those rooms into a play area for their children.
They purchased the home in July 2017 and learned that Mrs. Surles had her own name for the home.
“When we got the original keys, they all said ‘Oak Haven’ on them,” Beth said.
The home has several large oak trees around the property. But the biggest oak is the focal point of a patio area behind the house.
“Someone told us that oak tree was over 500 years old,” she said. “It’s one of those things we are going to hold onto as long as we can.”
The tree has a few branches that need removing but hopes to keep the tree around. The back yard was pivotal in the Kingsolvers’ decision to buy the home.
They were living in Subligna and enjoyed the country atmosphere. However, they wanted to move closer toward town. They spent six years passively house shopping.
Driving through Summerville each day while taking her children to Trion City Schools, Beth was drawn to the large square-shaped home.
“We wanted a big, old square shape house,” Beth said.
They thought one day that would mean some farmhouse closer to the city. They wanted enough land for their children to play outside.
“I just pulled in here one day and I saw the back yard,” she said.
The house has a small front yard. The back portion, however, looks fairly large. The property is .85 acres, but the fenced yard in the back appears almost that size.
The back of the property adjoins Town Creek at the back and Willow Spring Park on the south side. Beth said her sons can still enjoy playing in the creek and catching turtles and frogs as if they were in the country.
“We probably save $500 in gas by moving into the city,” Beth joked about the long commutes from Subligna to Trion.
The house is a prominent parcel in Summerville’s geography and history. 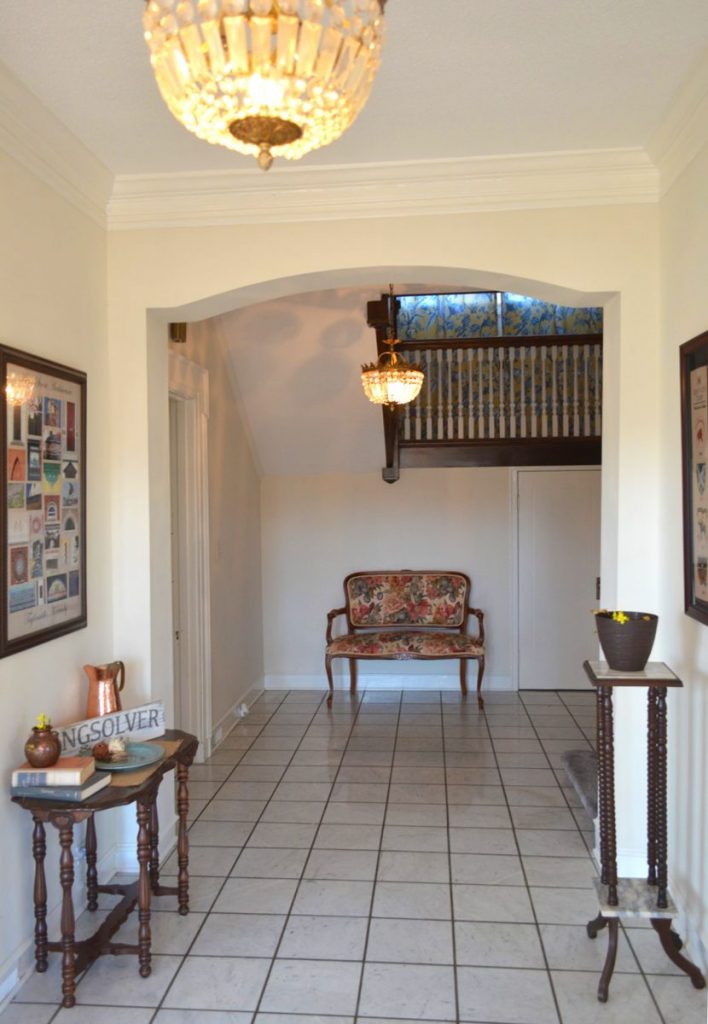 Her son Whitten’s upstairs bedroom overlooks the downtown area and the Chattooga County Courthouse is easily spotted. But the first six years after the house was constructed, the courthouse was absent from the Summerville skyline.
The house has remained while the downtown landscaped changed, expanded or contracted like when the state highway expanded lanes and took up a little more of Surles’ front yard in the 1980s.
Walking into the front door, people are greeted with a white marble tile foyer with an archway that leads to stairs with three landings.
The formal living room to the right is what her son Whitten calls, “the beautiful room.” It has white carpet, antique furniture and a cozy fireplace that contains a large family picture of the Kingsolvers.
“We don’t use it except for Thanksgiving and Christmas or if we have special guests,” Beth said.
The formal dining room is another area that isn’t used a lot. It also has white carpet and antiques. Beth has also included some artworks from local artists, like a painting of the courthouse by local artist Billy Smith.
A small hallway from the kitchen to the formal dining room includes a butler room and a large tall set of glass window cabinets.
“This is probably one of my favorite things about the house is the built-in cabinets,” Beth said.
The house seems a lot larger than 4,100 square feet. The upstairs is like a child wonderland. It’s where all the children live and play. They all have their special rooms. For example, the oldest, Hayden, immediately picked the room with Trion-blue carpet as his room.
The house also has a basement with some historical, noteworthy points. The house used to have a coal operated furnace. On the outside of the house, there used to be a small window that allowed for deliveries of coal.
A truck carrying coal would back near the window and someone would shovel the coal into the basement for the furnace.
The basement also contains some of the mysterious elements that make it eccentric. The large wooden beams that comprise of the guts, sturdy-worthiness of the solid house, has evidence that it burned in years past. In addition to the wooden beams, the house is supported by steel beams underneath.
Another eccentric point is the house contains a tunnel. It’s believed that the tunnel goes from the house to Willow Spring Park. Beth heard that servants used to fetch water from the spring and would use the tunnel to travel back and forth. The tunnel has been closed part of the way. But a portion of the tunnel still remains.
The house has lots of storage room. A lot of families worry where they are going to store their belongings. The Kingsolvers worry what they are going to do with their ample storage space.
“We have so much storage we don’t know what to do with it,” Beth said.
Beth’s ambition is to keep this home in the family name for years to come. She loves the property and wants it to be a home for future Thanksgivings and Christmas holidays for years to come. 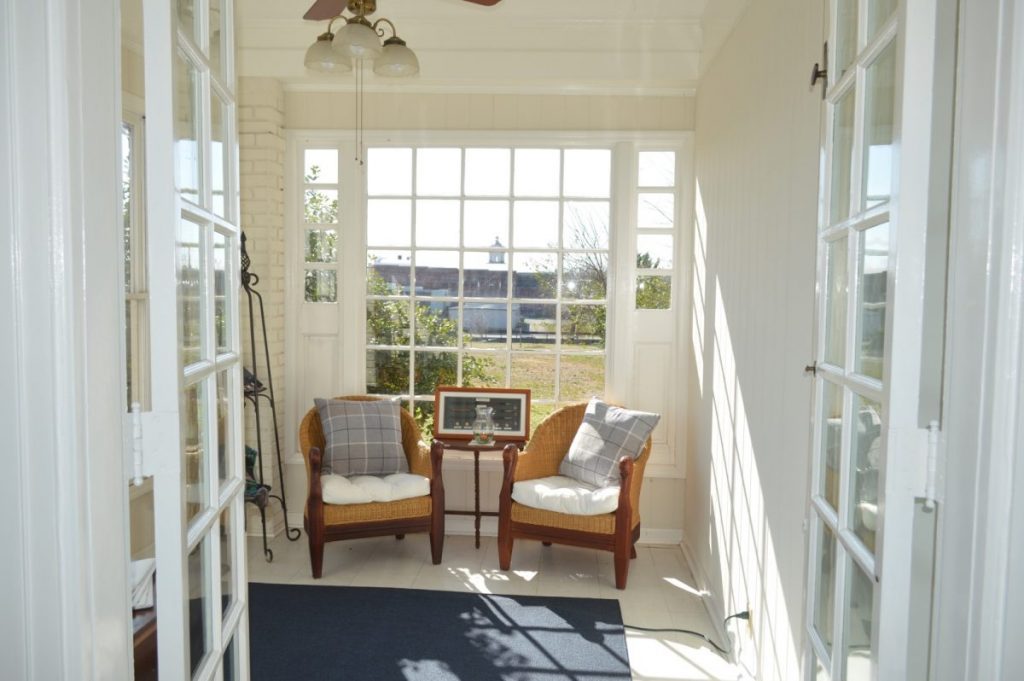 Sun room used as an office. Has a good view of downtown Summerville. 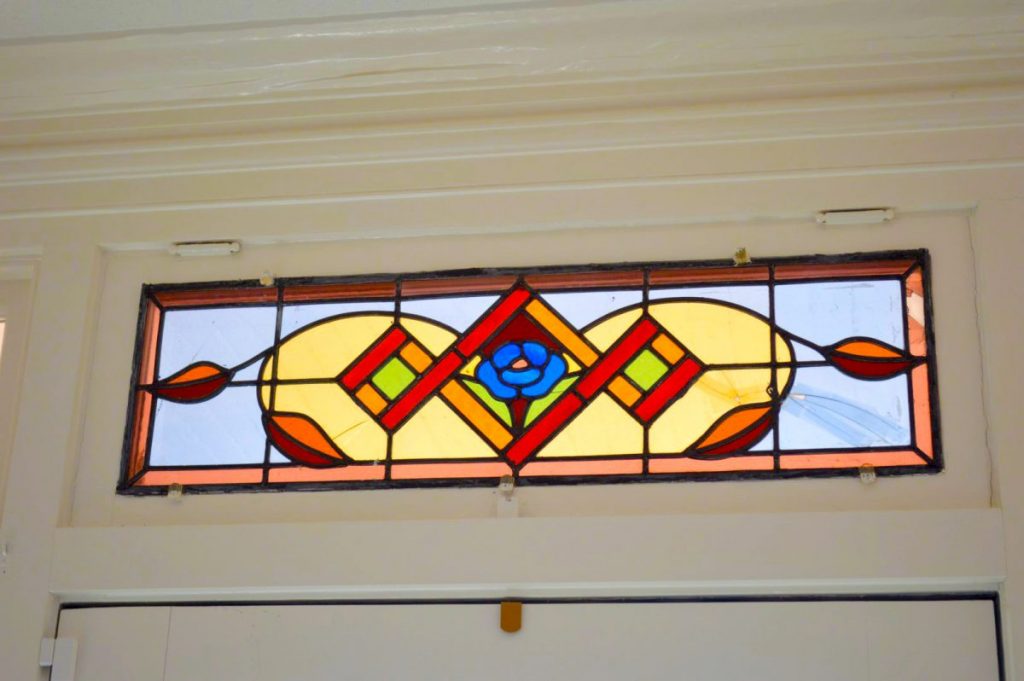 Stainglass over the front entrance 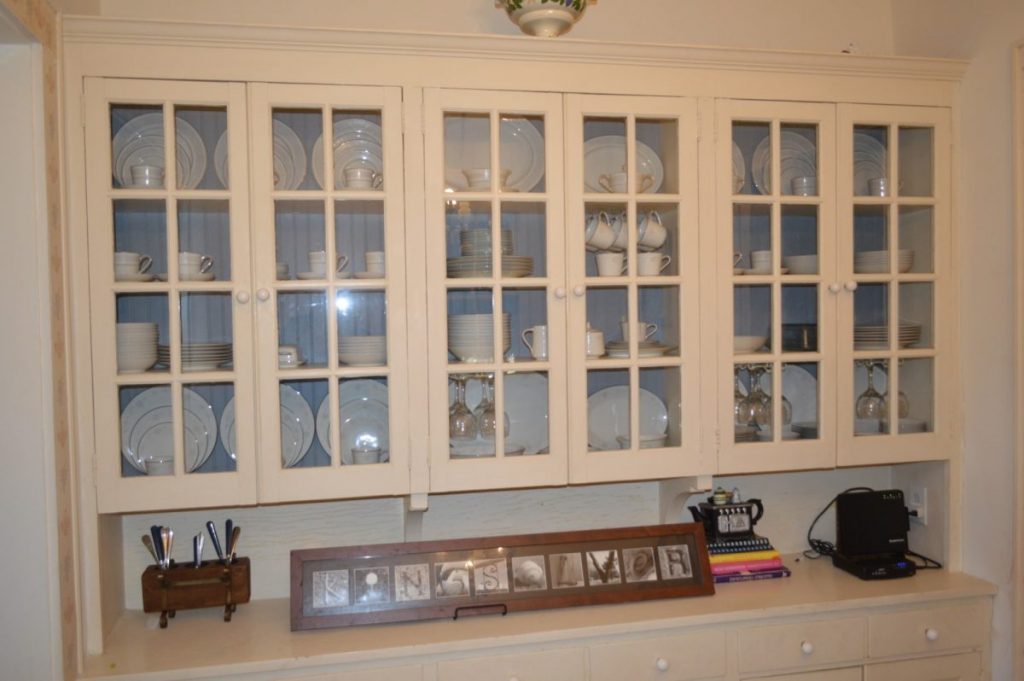 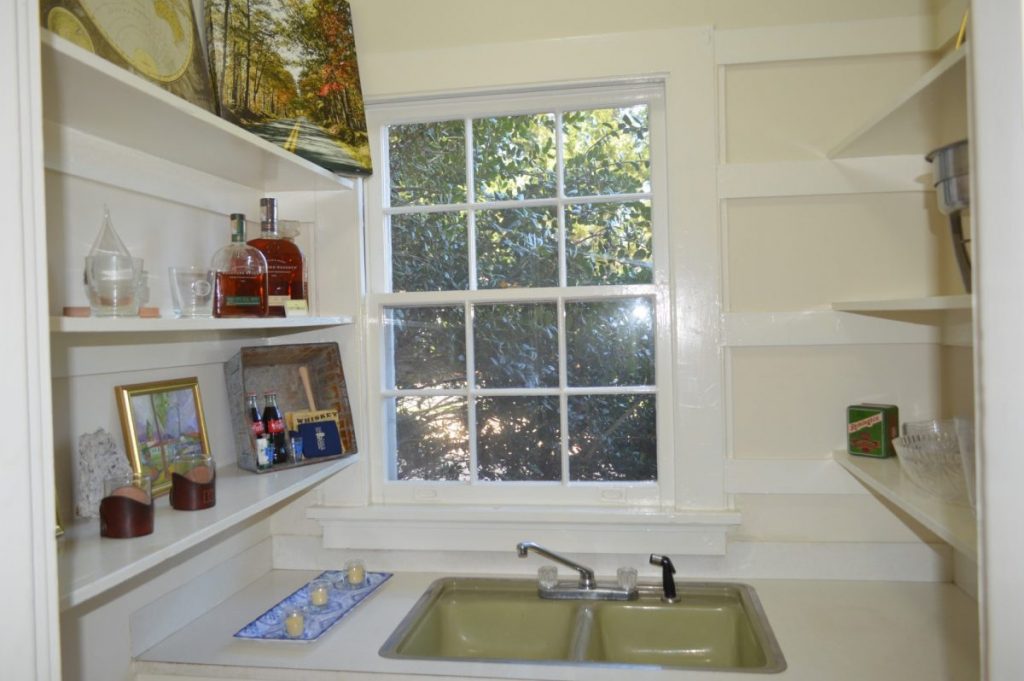 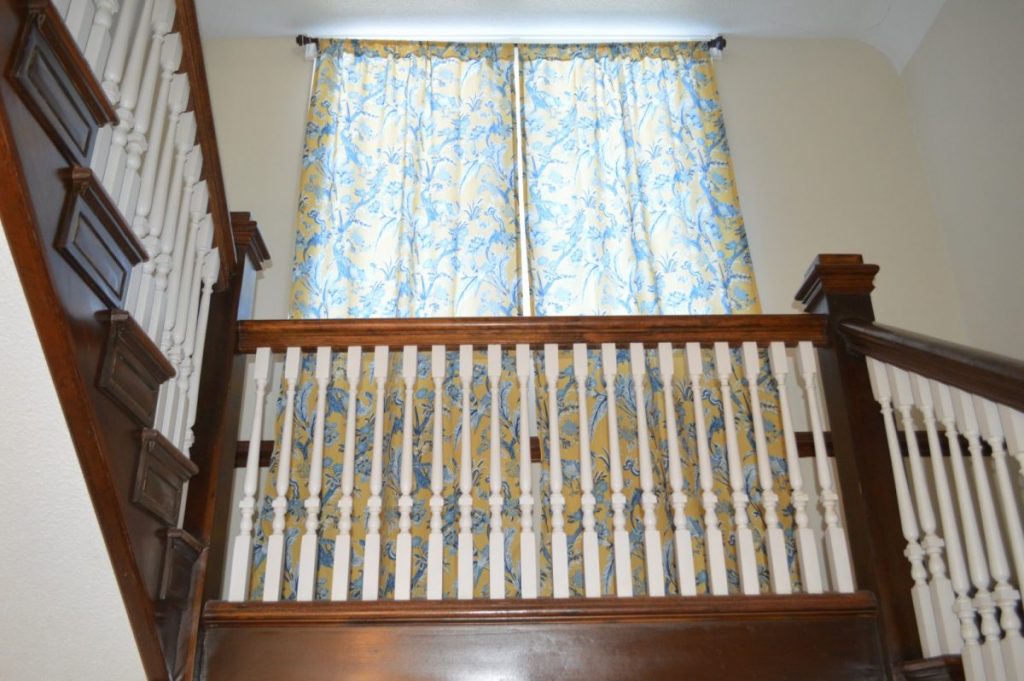 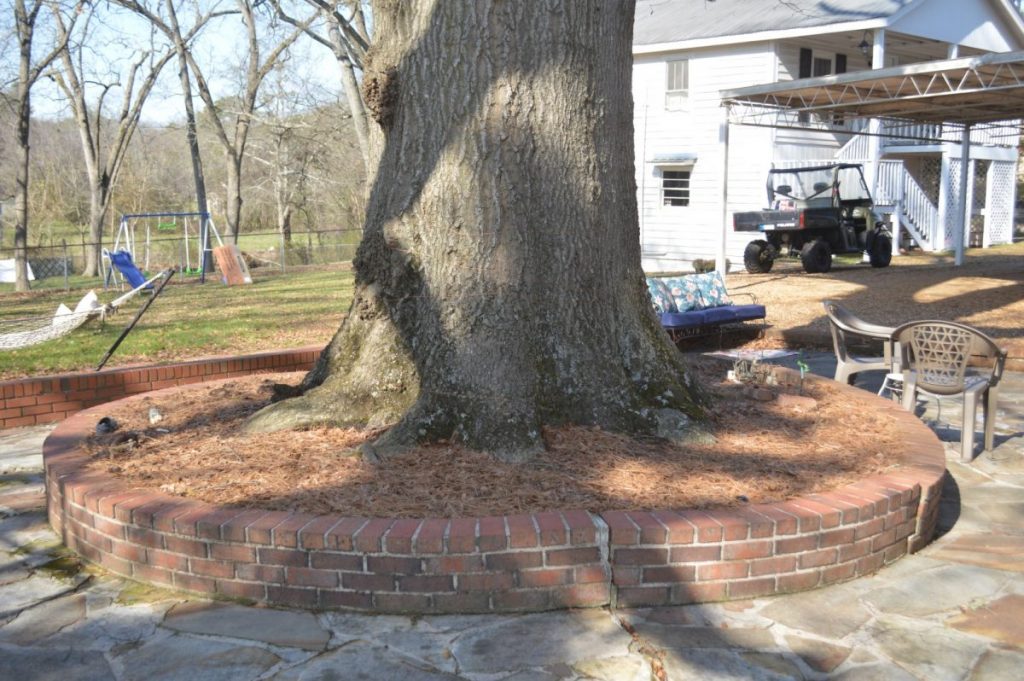 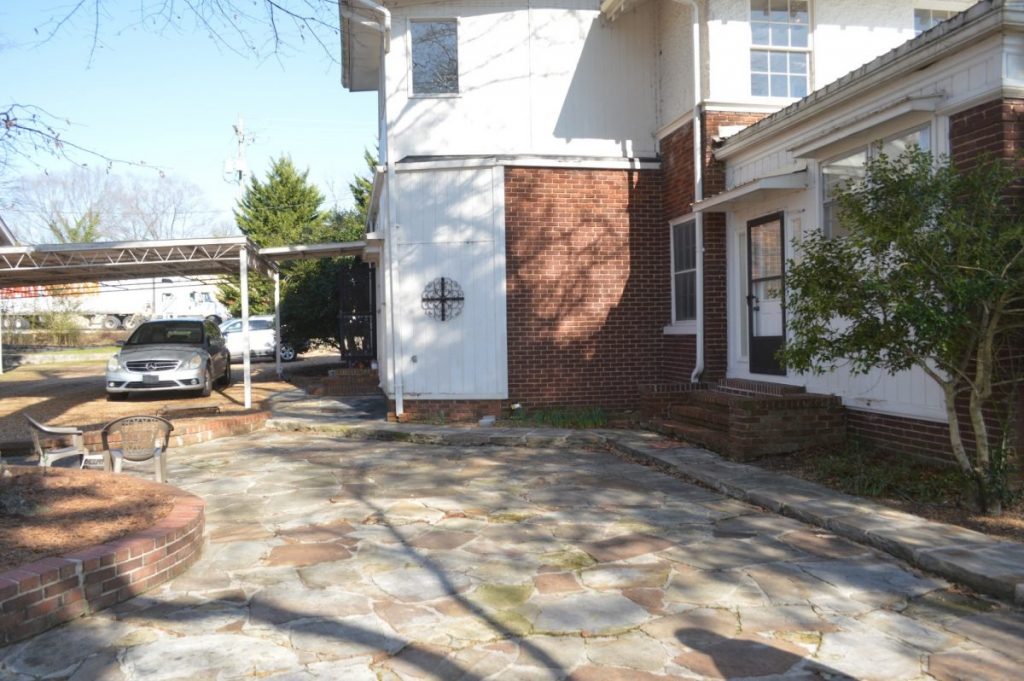 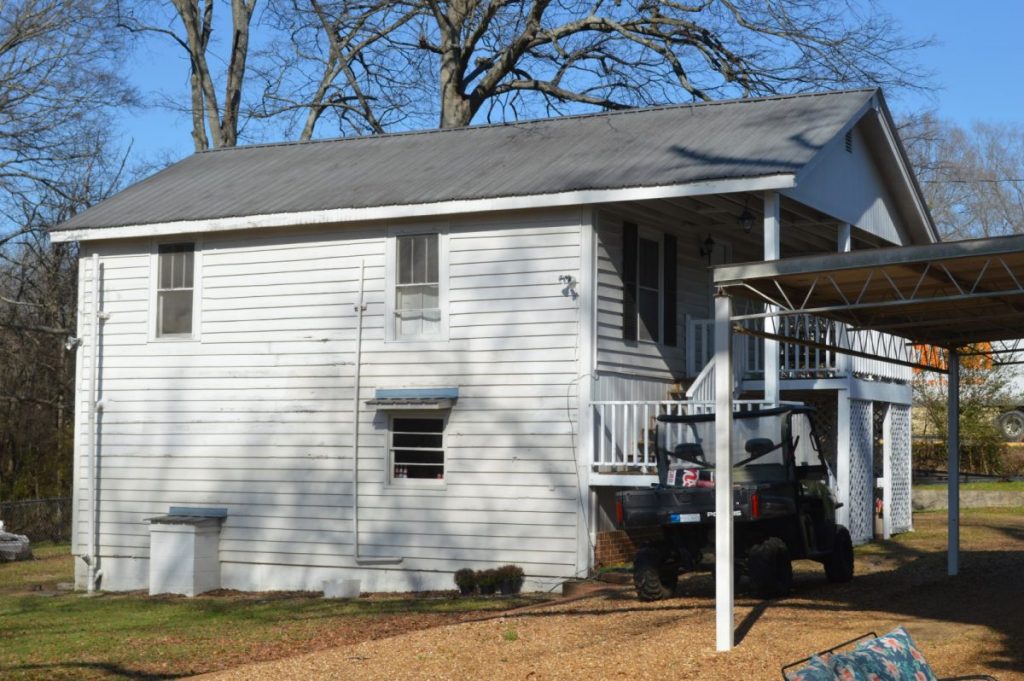 Behind the main house is this guest house. This is where former attorney Surles worked later in life. 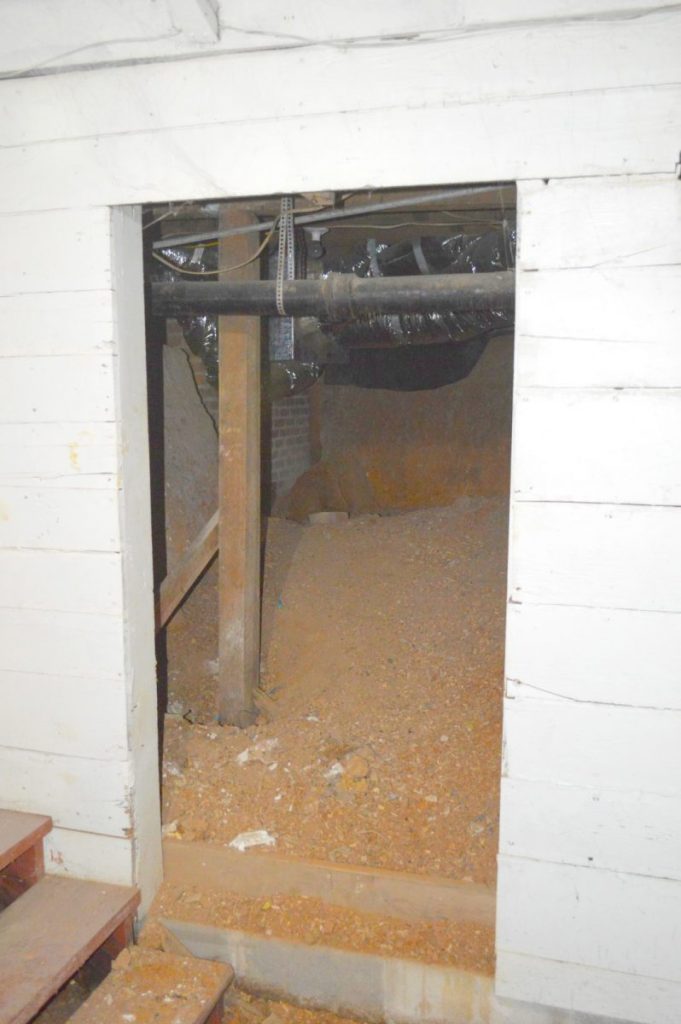 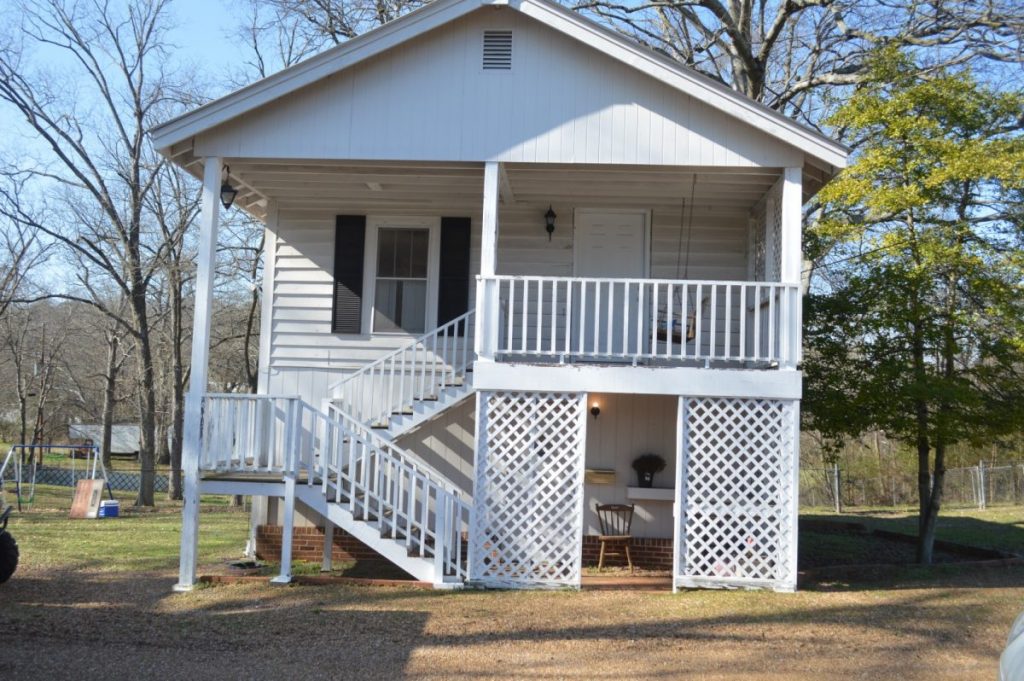 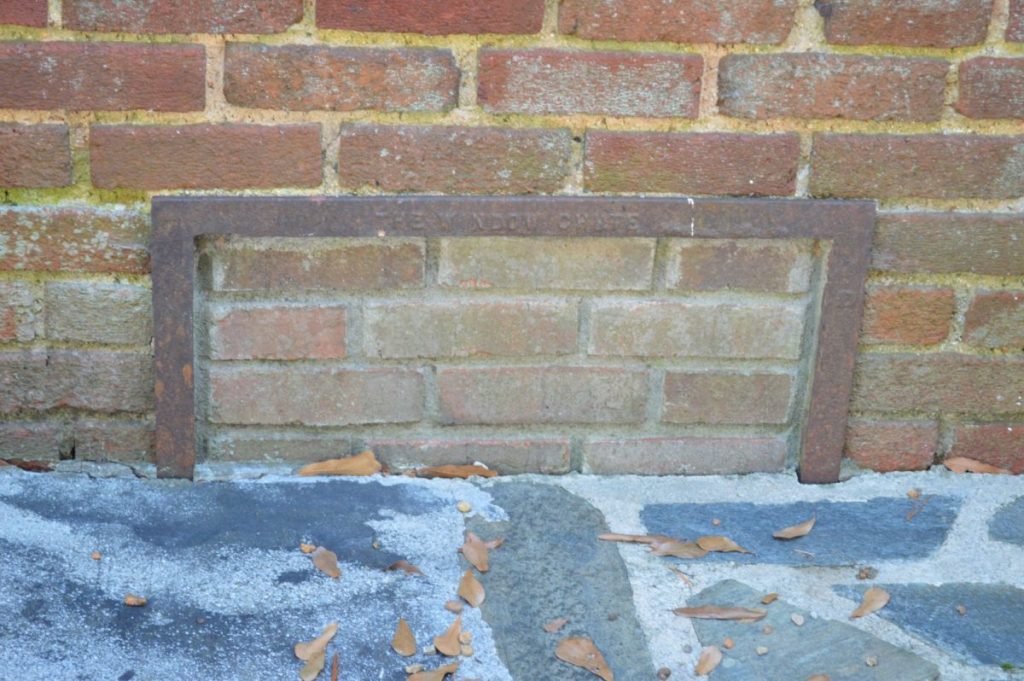