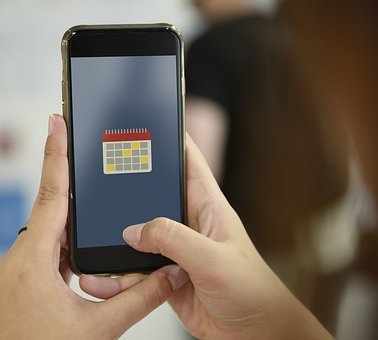 The Georgia General Assembly passed a hands-free driving bill that makes it illegal to hold a cellphone and other devices while operating a motor vehicle. That law is waiting on Georgia Governor Nathan Deal’s approval and signature.

Once the governor signs it, the law goes into effect on July 1.

“I am grateful for the hard work and support of the Georgia General Assembly, and I am glad that we were able to come to an agreement on how to best enforce distracted driving laws,” said Rep. Carson. “HB 673 has received extensive input and was thoroughly studied and perfected. I am confident this bill will make our state’s roadways safer for all Georgia commuters and decrease the number of distracted driving crashes.”
HB 673 would prohibit drivers from holding or supporting a wireless telecommunication device or a stand-alone electronic device while operating a vehicle. Additionally, this measure would maintain the ban on texting, emailing and internet browsing while driving, but would also ban watching or recording videos while driving. GPS navigation and voice-to-text features would still be permitted.

Rep. Carson notes further specific provisions of this bill:
Drivers would not be allowed to:
· Physically hold or support a wireless telecommunications device (i.e. mobile phone) or a stand-alone electronic device (i.e. iPad, iPod, Kindle, etc.) with any part of the body;
o Exceptions would be made for an earpiece, headphone device or telecommunications device worn on a wrist (i.e. smart watch).
· Write, send or read any text-based communication, including but not limited to instant message, e-mail or internet data;
o Exceptions would be allowed for voice-to-text technology.
· Watch a video or movie on a wireless telecommunications device or stand-alone electronic device;
· Record or broadcast a video on a wireless telecommunications device or stand-alone electronic device;
o This would not apply to devices used for the sole purpose of continuously recording or broadcasting video within or outside of the motor vehicle (i.e. dash cams).
Drivers would be allowed to:
· Use their phone for voice communication on a hands-free basis;
· Touch their phone for dialing, receiving or ending a call as long as the driver is not holding or supporting the phone;
· Use their phone for GPS navigation apps;
· Use voice-to-text technology.
Rep. Carson highlights frequently asked questions about the bill and offers answers to those questions:
Why is this law needed in Georgia?
Our state has seen significant increases in vehicle traffic crashes, fatalities and bodily injury. The vast majority of these increases have been in rear-end crashes, single-car crashes and crashes by drivers from 15 to 25-years-old. State and local law enforcement have stated that these incidents are a clear indication of driver inattention.
The 15 states that have passed hands-free driving laws saw a 16 percent decrease in traffic fatalities in the two years after the law was passed. In addition, traffic fatalities were reduced even further in subsequent years.
When will Gov. Deal sign this legislation into law?
The Governor’s Office is currently reviewing this bill and others as part of its legislative review. Although he has endorsed the legislation, he has until early May to sign or veto the legislation.
Could I still talk on my phone while driving?
Yes, as long as it is done hands-free. Drivers would be able to use their phone’s speakerphone, Bluetooth technology, an earpiece, a headphone or other device to allow them to communicate on a hands-free basis.
Could I touch my cellphone to dial a number or receive or end a call?
Yes. The law would simply prohibit drivers from holding or supporting the phone.
Would I be required to purchase a hands-free accessory, such as a mount or bracket?
No. The proposed law simply states that a driver cannot hold or support a mobile phone. A phone can be left on a vehicle’s console, a front seat, etc. However, for the safety of all Georgians, state and local law enforcement recommend the purchase and use of a hands-free device if using a mobile phone while driving.
My vehicle does not have Bluetooth technology/capability. How could I comply with the law?
Many online retailers offer a Bluetooth adapter for vehicles without Bluetooth or similar technology built into the vehicle. These adapters can be found at local retailers or online by searching “Bluetooth hands-free car kit” in an internet search engine.
What would the fines/penalties be?
· First conviction: $50, one point on a license;
· Second conviction: $100, two points on a license;
· Third and subsequent convictions: $150, three points on a license.
Could I listen to online radio apps while driving?
No. These types of programs (i.e. Spotify, Pandora, etc.) require internet data to be streamed while driving, and this proposed law would maintain this internet prohibition.
Could I listen to music stored on my mobile phone, thus not requiring an internet connection?
Yes, as long as the driver is not holding or supporting the phone.
Could I talk to someone via video telephony apps, such as FaceTime or Skype, if doing so “hands-free?”
No. The proposed hands-free driving law states that a driver shall not “record or broadcast a video” on any mobile phones, iPads, computers, etc. while operating a vehicle.