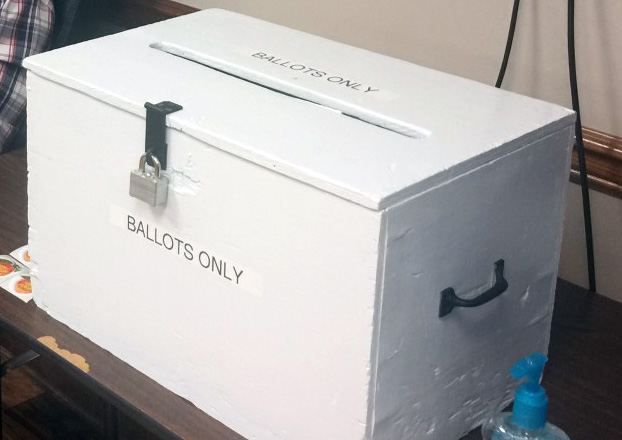 A title describing one of the referendum questions is incorrect.  The title makes it appear voters are being asked about Sunday alcohol sales.
That question, however, has nothing to do with Sundays or any other timeframe.

“As this question does not relate to Sunday sales, this heading is incorrect,” County Attorney Christopher Corbin stated.

The intention of that referendum is to ask voters if they support onsite consumption of alcohol at local restaurants or bars, according to Chattooga County Commissioner Jason Winters.

“To correct this error, [Georgia law] allows you, as election superintendent, to take steps necessary to correct the error if the steps are both feasible and practicable,” Corbin wrote Election Superintendent Payne on Thursday.

The attorney suggested reprinting the ballots and reprogramming the voting machines with a different title.

“First, as voting on voting machines has not yet begun, it is my recommendation that the machines be reprogrammed to have the new heading, ‘Distilled Spirits by the Drink’ as the heading for the above-referenced question,” Atty. Corbin stated.

The Georgia Secretary of State is reprogramming the voting machines and a county worker will pick up the new software to install on local machines, Payne said.

“Second, there are some absentee ballots that have already gone out at this point. Making any changes to those ballots is not practicable, therefore, it is my recommendation that they be left alone,” Atty. Corbin said. “Third, there are various provisional/absentee/challenge ballots which have not yet gone out to the electors. Since it is feasible to have these reprinted, that is my recommendation. If an absentee ballot is requested prior to receiving the reprinted ballot, it is my recommendation that a separate notice be sent out and mailed in a different envelope to the electors. This notice would state that the ballot contains an error. I have drafted a proposed notice and it is enclosed. It is my belief that all of these changes are feasible and practicable and that they will remedy the error.”

Before the changes were made, six people requested an absentee ballot and they were mailed. Already four have been returned. All other absentee ballots will be corrected before mailing.

Even with the incorrect title, the wording explaining the question being asked of voters is correct. The referendum question itself, not the title, is identical to the wording advertised in the newspaper when the county announced its call for an election.
The wrong title somehow appeared during the creation of the ballots, according to officials.
“I don’t think the heading will have a bearing on it, but it is confusing,” Winters said.
The second referendum on the ballot is correct, according to the original call for an election advertised in the newspaper.