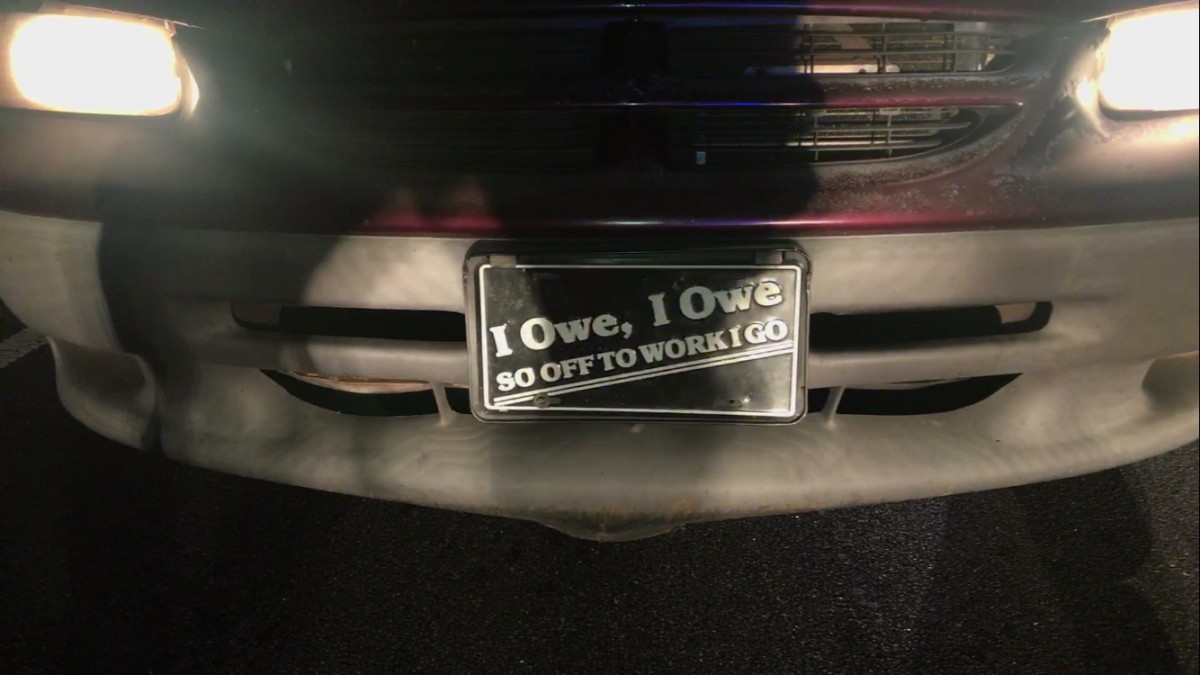 “I owe, I owe. . . So off to work I go,” a vanity license plate stated on the front of a purple van carrying four men accused of shoplifting almost a $1,000 worth of items Friday night, according to Chattooga County Sheriff’s reports.

“While observing the surveillance video further the suspects are seen loading the items into a purple in color Dodge Caravan with the exception of the beer which was abandoned in the parking lot. Then the vehicle is observed leaving the parking lot in an aggressive manner nearly striking another vehicle and eventually making its way to Highway 27,” Deputy Corey Fielding stated.

A Walmart employee arrived at the traffic stop and confirmed many of the items in the van were taken from the local store. The deputy went back to the store and watched the surveillance footage.

All four men were arrested for felony shoplifting.