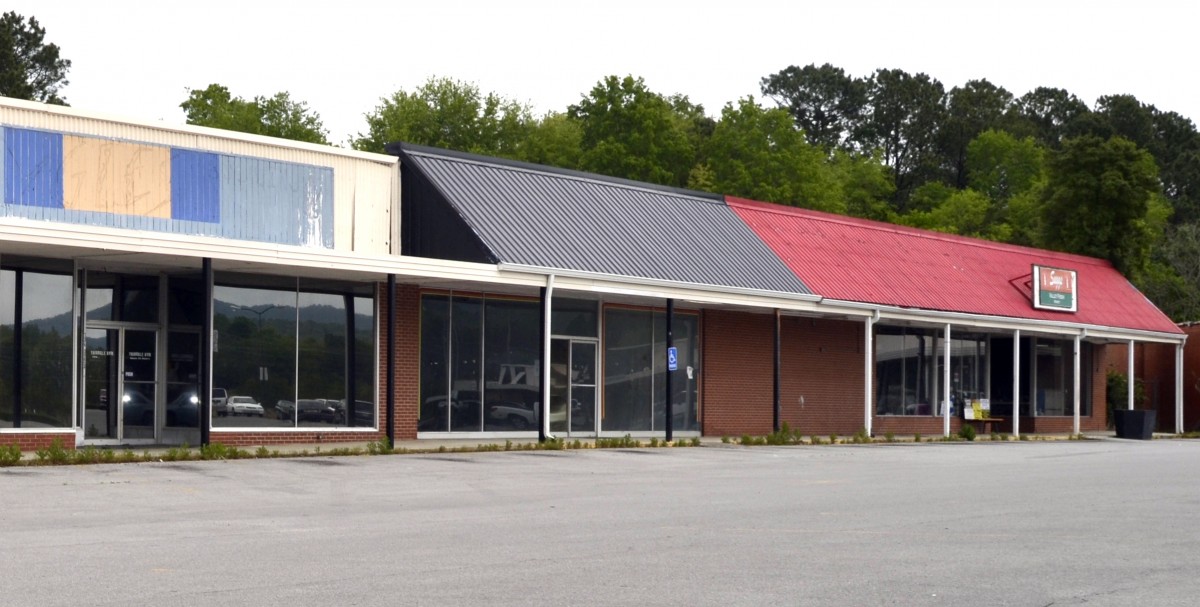 Trion Mayor Larry Stansell calls plans to create a “town center” at the site of the Triangle Shopping Center a “conceptual vision of what could be.”  The plan, which was inadvertently revealed at a town council meeting last Thursday, calls for the purchase, demolition and reconstruction of most of the shopping center. It also calls for moving Town Hall to “property adjacent to the site.”

Notes from the meeting were accidentally included in a packet of information given to town council members before the council meeting last week. Councilwoman Becky McWhorter asked about the shopping center during the discussion of a grant application for another project. Mayor Stansell told her the two things were unrelated.

Stansell told The News on Tuesday that moving Town Hall makes sense because the structure is in a floodplain. He said the idea had not gone beyond the discussion stage.

“If you don’t think about things like that, you’re just sitting on your hands,” Stansell said.

Councilman Mickey McGraw told The News he knew nothing about any plans involving town hall or the shopping center.

“I don’t know anything about it,” McGraw said. “Neither the mayor nor anybody else has shared any plans with me.”

McGraw indicated his concern for the town taking on any large-scale spending projects in the near future.

“We’ve spent a lot of money recently and need to slow down,” he said.

Stansell emphasized that any shopping center project would rely heavily on outside funding.

“We’re seeing what we can get in the way of grants,” said Henderson. “We’re trying to determine what the best way to go is.”

Henderson said the “ideal thing” would be for “somebody to buy it” and make the necessary repairs. But he’s skeptical that’s going to happen.

“There’s no consensus on what the best thing to do is but we’re trying to find the best way to get the shopping center to look better and to become vibrant.”

The property is owned by Brahmanand, LLC of Calhoun. That company paid $595,000 for the 11.04-acre site in 2016. The shopping center was built in 1961 and for many years was a bustling commercial scene. But changes to retail shopping patterns and the construction of a Walmart only a few miles away hastened the decline of the venue. Today, only a handful of spaces have businesses in them. The large grocery store has been shuttered for several years.

Mayor Stansell has estimated a cost of $600,000 to buy the property and an additional $750,000 in demolition costs, according to the meeting notes.

The notes also indicated that if the town plans to buy the property and rehabilitate it, the town would be able to apply for a low-interest loan. But if the town chose to demolish the building and start over, the town could seek an RDF grant from the Georgia Department of Community Affairs. The town would need to have several “bird in hand” prospects lined up as tenants.