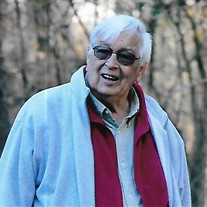 Donald Johnson Cox went home to be with the Lord on April 8, 2018, surrounded by his loving family.

Don was born in Chattooga County, Ga. August 23, 1931, and was raised in the Berryton Community. He was preceded in death by his parents Georgia and Shamblin Cox and his sister Sally Treadaway and husband Claude. He joined the United States Navy at the age 17, and served in the Pacific Region during the Korean War. Don retired from the Plumbers and Pipefitters Local Union #72, after a long and successful career as a pipefitter. He attended Garden Lakes Baptist Church for Many Years, and developed many cherished friendships there. Most of all Don was an extremely devoted family man. He was a dedicated and loving husband to wife Patsy Cox to whom he was married for more than 47 years. Don enjoyed hosting family and friend gatherings at his home where he prepared and shared many good meals. Don Never met a stranger, and he believed no story should be left untold. He enjoyed talking to people and sharing his stories wherever he went. Don Was a proud member of the Shorter Ave. Krystal breakfast Club. Where he would be found most mornings, sharing a story and a meal with his treasured friends.

Funeral service will be held at 3:00 P.M. Wednesday April 11, 2018 at Garden Lakes Baptist Church, with Dr. Jimmy Gentry, and Dr. Dan Whitaker, officiating. Interment will be held at Georgia National Cemetery, in Canton, Ga. on Thursday. The family will receive friends from 1:00 P.M. until the service hour on Wednesday at Garden Lakes Baptist Church, 2200 Redmond Cir. Rome, Ga. 30165.

Please visit our website, www.goodsheherdfh.net to post your tributes, and view the DVD on life of Don.