David Steve Young, known to his wife as Baby, to his friends as Steve, and to his family as Daddy or PawPaw, died in Rome on Dec. 28 at the age of 64.
Steve was born in Chattooga County on Nov. 7, 1957, son of the late John B. Griffin Young and the late Mattie Lou Wilkie Young.
His father John (Buck) Young; mother, Mattie L. Young; brothers, Robert “Bobby” Young and Ronald Young and sister, Dorthy “Dot” Parker died earlier.
Steve excelled at being a husband, father, grandfather, and great-grandfather. Steve shared a love of woodworking with his brother Dale. He also had a passion for music. Steve and his cousins, Jim and John Riley started their own band at the age of 13.
There was nothing Steve loved more than his family. He was always ready to share his wisdom and advice with whoever needed it. Steve also had a unique sense of humor, he made everyone around him laugh. Steve’s smile was infectious, and he always brought joy to those he spent time with. He was a strong man with a selfless heart. He will be greatly missed by all those who knew and loved him.
Surviving are his wife of 45 years, Debra Young; sons, Adam Young (Courtney) and Jason Young (Alicia); grandchildren, Skyler Young (Dustin Brown), Dylan Young (Kaitlin), and Destiny Young (North Clark) and great-grandchildren, Aiden Brown, Brantley Young, and Weston Young.
Funeral services were held at 2 p.m. on Sunday in the Chapel at Henderson and Sons Funeral Home, North Chapel, with the Rev. Clifford Free officiating. Interment was in Silver Hill Baptist Church Cemetery.
Pallbearers[GE1] were Jim Riley, John Riley, Michael Young, Dustin Brown, Timmy Jones and Adam Young.
Henderson & Sons Funeral Home, North Chapel, had charge of the arrangements. 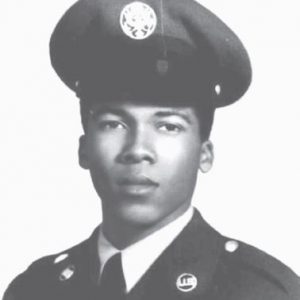