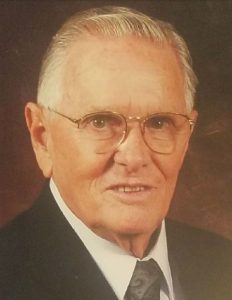 Mr. Mitchell was born June 7, 1929, in Lyerly, GA, son of the late Dewey Carl and Susie Ann Rogers Mitchell.  He was a member of Menlo First Baptist Church where he was ordained as Deacon in 1973, and served as Chairman of the Deacons from 1977 – 2010.  He had also served as Sunday School Superintendent for numerous years.  Mr. Mitchell was also a founding member of the Menlo Lions’ Club, and prior to his retirement, worked as a supervisor with Bigelow-Sanford Carpet.  In addition to his parents, he was preceded in death by sisters, Orlean Mitchell Miller and Betty Mitchell Powell; and a brother-in-law, Jimmy Brown.

Mr. Mitchell will be in state at Mason Funeral Home and the family will receive friends from 1:00 P.M. until the hour of service on Saturday.