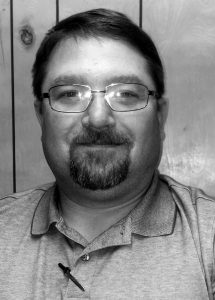 Spring sports are approaching playoff time and another school year is winding down. It is so incredible to me how fast time flies the older I get. It seems like yesterday that football, softball, and volleyball season started and here we are at the close of baseball, soccer, tennis, track and golf. To be honest it has all been a bit of a blur for me this year. I have enjoyed every minute of it all but it flew by so fast I’m almost at a loss for words. I’m astounded at how time has changed from way back in my school days and its kind of funny when I think about it.

Way back, a hundred or so years ago, when I was a kid in Summerville Elementary School, time took forever. I suppose it was because everything was a milestone and I constantly looked forward to reaching all of them. There were summer breaks which seemed to last a year, followed by school years that lasted a decade or so in current time. It’s also funny, because I thought that old school building was huge and was scared to death each year because with a new grade meant a new part of the school opened up and I feared getting lost. Do any of you remember ever walking down fourth grade hall before you were in the fourth grade? I don’t. After what seemed like five lifetimes it was time to move on.

Then, the two years at North Summerville Middle School (although I think it was called NS Elementary School) didn’t take nearly as long to finish. That first day at N. Summerville I remember feeling like I had finally made it out of prison or something. Of course, Miss Sally quickly reminded me that my term wasn’t over and I had only transferred from maximum security to medium security. I remember being scared because we started changing classes and that was something new. I had the best teacher, Mrs. Faye. She was angel and fondly remember her well. She was my favorite teacher back then hands down and did a lot to make the time go by fast. After two relatively short years there, it was time for Junior High and the nerves kicked in again.

It was especially scary for me heading into Junior high because that’s where there were big kids and some of them were mean. On the bus, my older friends would talk about fights happening all the time and how sometimes 8th graders liked to pick on 7th graders. That summer was a short one because the dread of Jr. High loomed. Once I got there and realized I had friends the worry had all been for nothing. Junior high proved to be a wonderful time and before I realized it we were graduating. Time had sped up drastically already for me.

Then High School was staring me in the face. I played football then so I already knew several people in high school so my fear wasn’t there like in previous school changes. Sure enough, high school proved to be a most wonderful time in my life. I met tons of new people, played some football, and most important of all, found teachers that challenged and pushed me. It was in high school that, for the first time, I realized I could do hard work and succeed. Mrs. Hair was the first to push me and I’m thankful to her, but Skipper Stewart was the one who made me realize the potential I had. Although I owe them both greatly, Skipper is the one I will forever be indebted to. He made high school fly by in a blur and believed in me which made me believe in myself. Thanks Skipper!

Looking back now it seems like yesterday but time has gotten away from me. Not one of the schools my class attended even exists today as a school. When the new high school was built, my era of schools was officially gone forever. Time simply passed and changed but for the ones of us who remember.

It’s just a thought but one worth thinking.