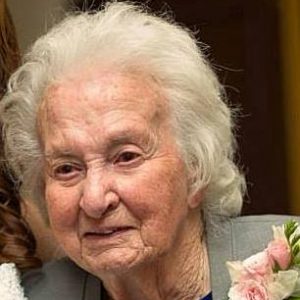 Mrs. Morrison was born August 21, 1919, in Bowling Green, KY, daughter of the late Clayton and Cordia Hunt McDaniel. She was a member of the Menlo First Baptist Church and had also been a member of the Winkler Road Baptist Church in Fort Myers, FL. Prior to her retirement, she was co-owner and operator of the Morrison Pump and Equipment Service Company. In addition to her parents, she was preceded in death by her husband, James Morrison; brothers, Kirby McDaniel and Charles McDaniel; granddaughter, Melissa Morrison; and a daughter-in-law, Luanne Morrison.

Mrs. Morrison is survived by her sons and daughters-in-law, Richard Morrison and Joohyang Oh, Larry Morrison, and Keith and Becky Morrison; sisters, Elizabeth Angle and Ina Walker; 13 grandchildren; and 9 great-grandchildren.

Mrs. Morrison will be in state at Mason Funeral Home and the family will receive friends from 12:00 Noon until 2:00 P.M. Saturday.

In lieu of flowers, the family respectfully requests donations be made to the National Federation of the Blind at nfb.org.