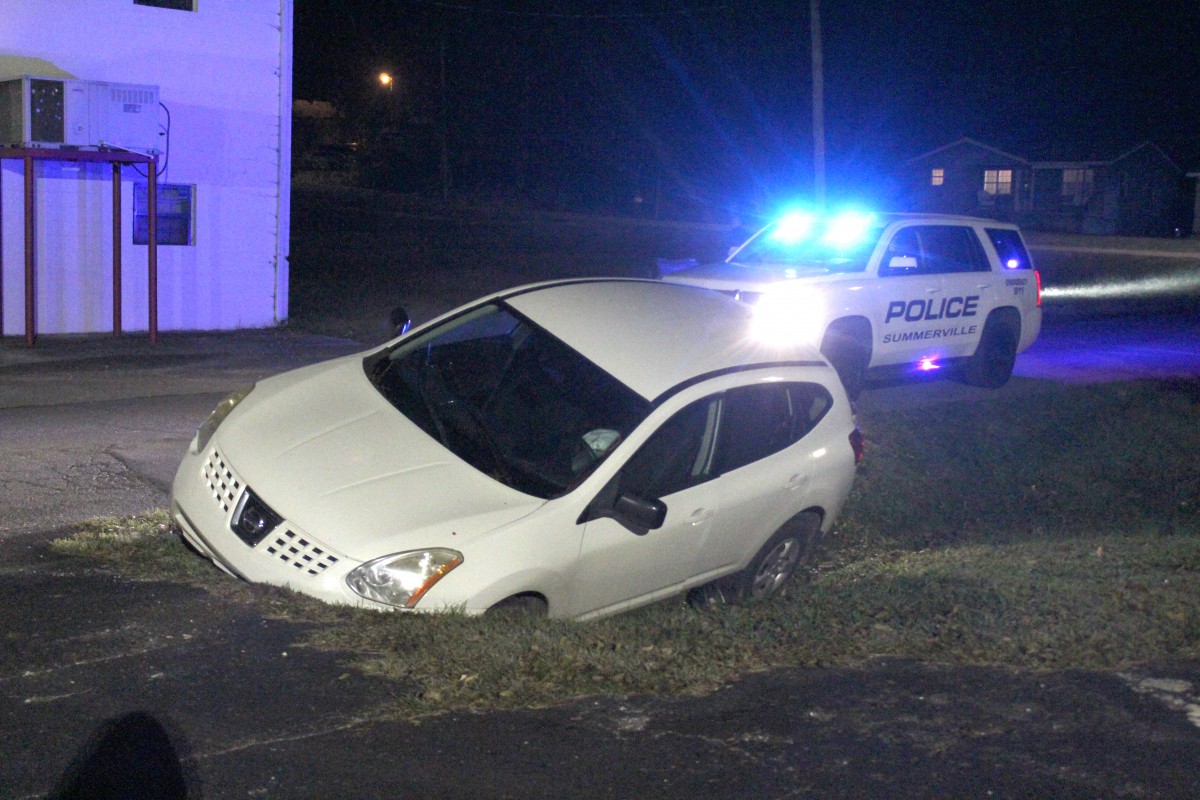 Cop finds a crashed vehicle in a ditch near Mason’s Funeral Home. The driver fled the scene before cops arrived. (Photo By Tyler Bishop)

A Summerville cop found a wrecked car in a ditch early Sunday morning and the driver had fled the scene, according to police reports.

Officer Lebron Jackson found the car off Hwy. 48 near Mason’s Funeral Home. The white 2009 Nissan Rogue was in the ditch and the driver’s side airbag was deployed and the vehicle’s interior lights were on.

The vehicle’s tag is registered to a Hispanic male in Rome. Officers also found another guy’s personal items inside the vehicle as well. The owner of the vehicle never returned and Gills Towing was called to remove it around 12:30 a.m.