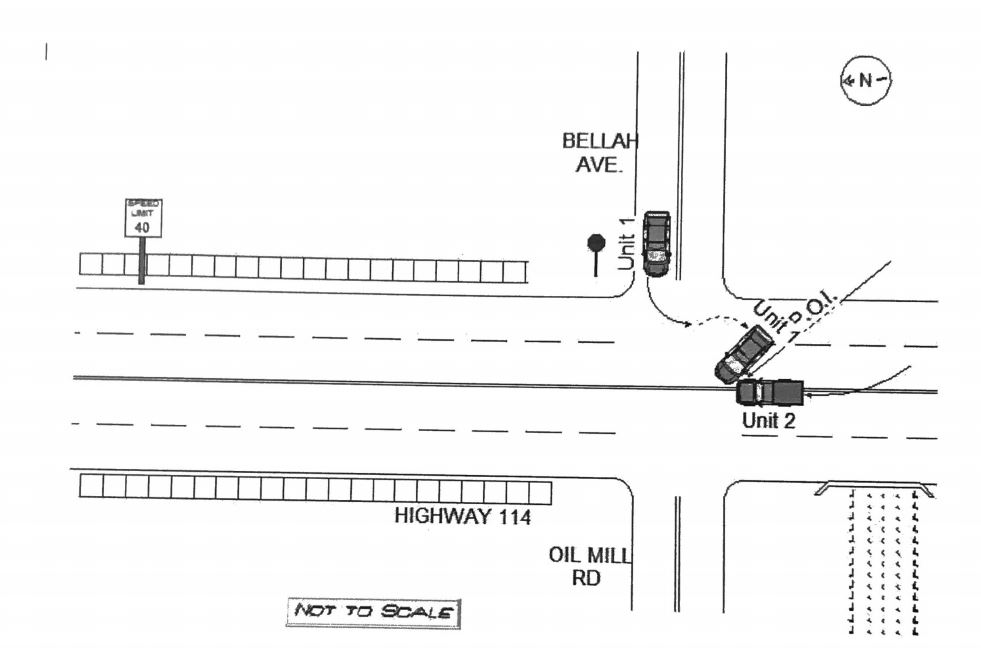 Two people were injured in a two-vehicle crash at the intersection of Hwy. 114 and Bellah Avenue around 2:40 p.m. yesterday, according to Summerville Police reports.

Kimberly R. Lindsey, 38, of James Street, Summerville, was at the stop sign on Bellah Avenue and was having a hard time seeing around a utility pole, she told policeman Phillip Cox. Lindsey turned left on Hwy. 114 in her silver 2008 Chevrolet Uplander.

“Smith stated that as he was approaching the Bellah Avenue intersection that [Lindsey] pulled from Bellah Avenue into his path of travel. [Smith] stated that he made an evasive maneuver to the left in attempts to avoid a collision but was unsuccessful,” Officer Cox reported.

Linsdey and her 67-year-old passenger, Nelda Lindsey, of Summerville, complained of injuries, according to an accident report. Kimberly Lindsey was cited for failing to stop at a stop sign and driving with a suspended registration.